Ken Burns’ series on the Vietnam War has drawn a lot of attention. My local PBS stations in Western Washington have done their own short videos interviewing local veterans of that war as well as those who protested it. There has been much talk about it both in veterans circles and in the general public. This reflection is my own alone.

I have given a great deal of thought to this over the last few months. I have spoken about it with only a handful of other people, both veteran and non-veteran. I have to admit that I have very mixed feelings about watching it.

Ken Burns’ Civil War documentary is, hands down, the best thing I’ve ever seen on television. It was thoughtful, sensitively handled, well written and a beautifully produced piece of historical and social documentary work. In many ways it had the feel of poetry to it. One of its greatest strengths was that it did not judge the characters with current political, social, or philosophical bias. Rather, I felt that Burns had studied, understood, and honored the historical moment. 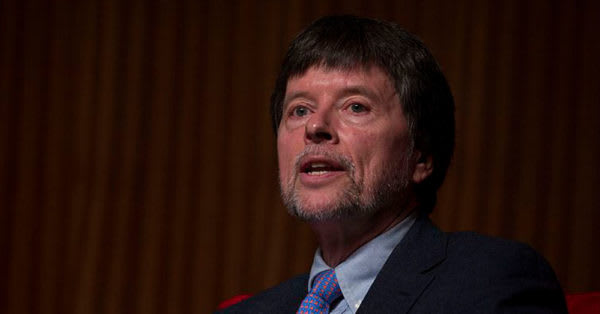 He did not “judge,” or accuse, or condemn the times, or the individuals involved with the prejudices or presumptions of the present. He let the history, and the words of the individual historical characters, large and small, speak for themselves. It never got caught up in praising or condemning either side of the conflict. There was no attempt to make political, or social hay as to who was right or wrong, morally good, or morally evil. It simply told the story.

More importantly, when Burns wrote, directed, and produced the Civil War documentary, it was already a century and a quarter, or more in the past. At the time it came out on PBS all of those involved in the tensions, the issues, and the horrors of that profoundly important moment in the history of this country, either as soldiers, or civilians, or politicians were all long gone to their graves. That historical distance, in my opinion, shaped Burns’ ability to simply tell the story from all angles without prejudice.

This, I fear, is not the case with this new documentary on the Vietnam War. It is only 50 years in the past. In historical terms, it is still too “fresh.” Too close to us. 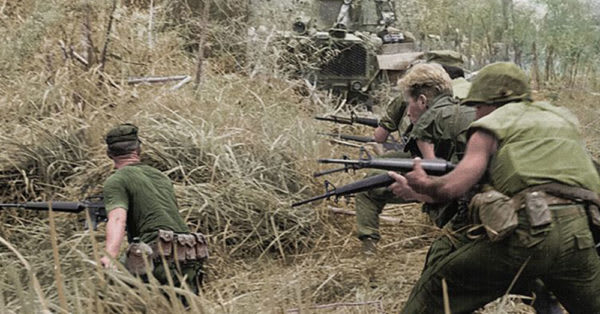 There are still millions alive today who lived it, both as soldiers, or as protesters. The “opinions,” the experiences, the physical and emotional after effects, and the memories are still very much alive in all of these. There is no grace of historical distance, as there was when Burns did the Civil War documentary. The Vietnam War is still alive in the hearts and souls of those who fought it in uniform and those who fought against it. I fear that because of this, there is a real danger that the still festering wounds, of both the veteran and the protester communities will be opened up again and that this will simply crack open again the political, emotional, social fault lines that cause so much division in those of the Vietnam War generation.

My worry is that those divisions will only be reinforced, rather than be resolved. And, in my humble opinion, I am concerned that Vietnam veterans will come out on the dirty end of the stick again. 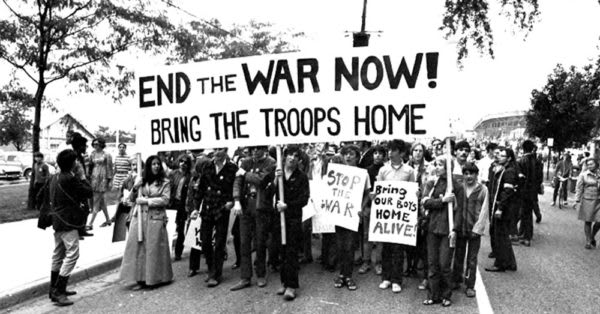 Here’s why I think that. Ken Burns is of the Vietnam War generation. He did not serve. Indeed, he was not supportive of the war like so many of his fellow college age students at the time. We all know that the opinions held by both sides of the issue in this country were not just casual opinions expressed at dinner parties. They were passionately held and often expressed with open hostility. The documentary has been written about extensively in the media in such organs as Mother Jones and the Los Angeles Times. And much of the promo ads I’ve seen have been a factor in some of my thinking on it.

The Mother Jones piece by Phil Klay is an interview he conducted with Burns. At the beginning, Klay quotes novelist Robert Stone as saying about the Vietnam War, that it is like a piece of shrapnel “embedded in our definition of who we are.” 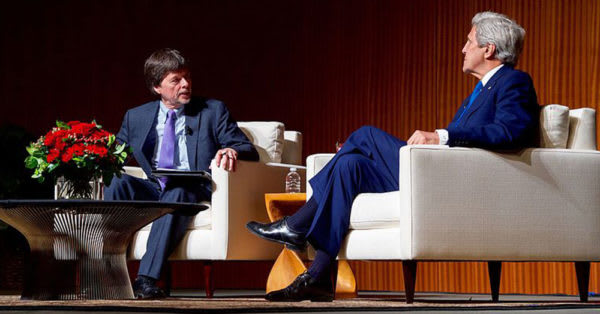 That is, I think, a very accurate metaphor. That war is a piece of shrapnel still embedded in the national psyche. It still aches. It is, as yet, unhealed. This is why I think it is too early to be making a documentary of this magnitude about it. I really like Ken Burns. He has given us some of the most thoughtful television in the history of TV. But, he is a human being like the rest of us. Without the historical distance that he had with the Civil War, and being a part of the Vietnam generation, can he really be as objective as he was with the Civil War documentary? In the interview Burns says about himself, “I grew up in the ‘60s; I was eligible for the draft. My father was against the war, so I was against the war, but I paid attention. I watched the body count–I would be so happy [when] there were fewer [dead] Americans. I thought I knew a lot about it. And so I went in with the kind of arrogance that people with superficial knowledge always have.”

It is this last part of his statement that causes me the most concern. If anything, there seems to be more of the arrogant and superficially knowledgeable in our country today. 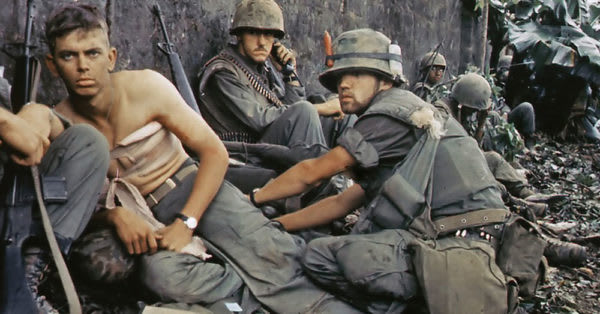 It could be argued that we are living in one of the most arrogant and superficially knowledgeable times in recent history. Today there seems to be less attention to real knowledge and real, thoughtful argument and much more of the emotionally chaotic kinds of responses to real and important issues of every kind. All human beings, in every age, are caught in the cultural mores of a specific time in history. Most, though, out of pride, see themselves as the most advanced, civilized, and intelligent humans to have ever lived. Because of this unwarranted “arrogance” they tend to judge the past, and those who lived it, from the narrow perspective of their “now,” never seeing, or contemplating how they themselves will be judged by succeeding generations.

This tendency is what raises real concerns for me. Will the documentary only raise more emotional smoke, than clarity about the war? I worry, because we are still too close to it in time, that the emotional arguments will only tend to solidify both sides in their already set positions, which may only serve to solidify the widening divisions in our country over other issues of history. Apparently the superb documentary on the Civil War has not been seen by the younger generations and has not had a lasting educational or the salutary effect that it hoped for when it came out. 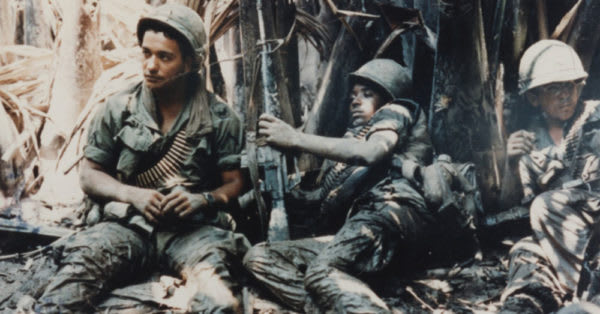 I think that Burns’ intentions are good. He seems to want to bring about some healing to the nation around the divisions and still open wounds of the Vietnam War through this documentary. If he can break through, or somehow ignore his own prejudices, feelings, and experiences from that time, it might be a good thing.

Maybe he will, maybe he won’t. Maybe I’m being too pessimistic. I do not know. I have not yet decided whether I will, or will not watch it. But I am not without hope.

About a year ago I went to a fundraising event for a Non-Governmental Organization (NGO) in Seattle called Peace Trees for Vietnam. For more than two decades, this organization has been engaged in finding and disarming the innumerable unexploded ordnances that are still salted all across Quang Tri Province, which was the northernmost province of South Vietnam. There were a handful of us Marine and Corpsmen veterans who had fought in Quang Tri Province and at Khe Sanh or in the hills around that base in attendance as guests. We were all sitting at a table in the corner. After the event was over, a woman about our age came over to our table. She sat down next to me and she had tears in her eyes. She took my hand and told me through her tears that she wanted to apologize, that she had been one of those who had spat upon Vietnam veterans when they came home. I was blown away. If someone can come to a conversion of feeling and thought to that degree, not about the war, but about the war fighters, then, I believe that if Ken Burns has handled this almost impossible job well, it could be the beginning of some healing for all of us.

All of this remains to be seen.