When the military throws something away in Iraq or Afghanistan, chances are it makes its way to a burn pit where it’s incinerated. But this practice has led to a disturbing trend among the service men and women who work around these pits — nearly a third of the returning men and women who have worked around burn pits have contracted respiratory disease.

The most common ailments have been respiratory diseases other than allergies, with chronic obstructive pulmonary disease, emphysema, chronic bronchitis, and high blood pressure, according to the U.S. Department of Veterans Affairs’ “Report on Data from the Airborne Hazards and Open Burn Pit (AH&OBP) Registry” based on a survey of more than 28,000 U.S. military veterans who had burn pit and dust storm exposure. In the report, insomnia, liver conditions, chronic multisymptom illnesses and decreased physical function were also listed frequently, and 365 veterans even reported fatal conditions like constrictive bronchiolitis or idiopathic pulmonary fibrosis.


The size and scope of some military burn pits is intimidating, but a National Academies Press paper, “Long-Term Health Consequences of Exposure to Burn Pits in Iraq and Afghanistan,” indicated that, at peak usage, some burn pits were handling 60,000 to 80,000 pounds of waste per day, up to 84 percent of it being combustible materials.


According to Stars and Stripes, the military claims it has tapered off its use of burn pits in Iraq and Afghanistan since 2009. The Department of Defense now only permits incinerator use on bases with more than 100 personnel, and only as a short-term solution to waste management.

In January 2015, a U.S. Supreme Court decision allowed lawsuits involving burn pits to proceed. The government cannot typically be sued, but the involvement of private contractors KBR Inc. and Halliburton Co. in operations in the Middle East changed the case for the Supreme Court. It’s possible that many more lawsuits involving burn pits could follow, now that a precedent has been set. 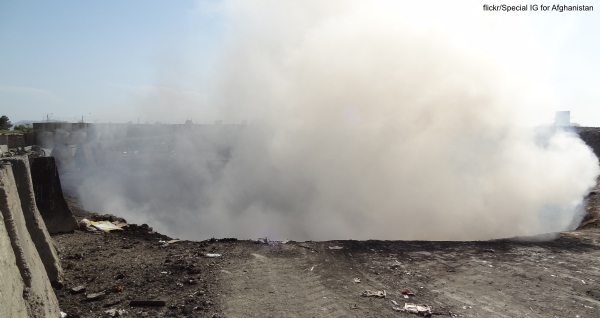 The VA has kept the Airborne Hazards and Open Pit Burn Registry online for veterans and servicemembers who have deployed to the Southwest Asia on or after August 2, 1990 or to Afghanistan or Djibouti after September 11, 2001, “to report exposures to airborne hazards (such as smoke from burn pits, oil-well fires, or pollution during deployment), as well as other exposures and health concerns.”

It’s important to protect our veterans, as they’ve protected us. When they’ve fallen on hard times, we need to make sure they don’t lose access to the most basic rights. Sign this petition and ask the Senate Veterans’ Affairs Committee to make it a priority that all veterans have access to food and/or meals.