A court decision has helped open the door for thousands of veterans to sue for health-related issues after being exposed to open burn pits while serving overseas. The long-awaited decision by a judge under the U.S. Department of Labor’s Office for Workers’ Compensation Programs legally confirms what thousands of veterans and military contractors already knew — that open-air burn pits caused lung disease.

That comes as a huge step forward for the nearly 125,000 service members and veterans who have listed themselves and their symptoms on the VA’s Airborne Hazards and Open Burn Pit Registry. The Registry is open to veterans and service members who were exposed to toxic fumes from the burn pits while serving from Operation Desert Storm through Operation Enduring Freedom.

“This case has legitimized the disease,” former contractor Veronica Landry of Colorado Springs, whose case was a part of the recent ruling, told Fox News. “There are many people out there who are still not getting the treatment they need. This ruling changes that.”

Open-air burn pits have been used by the military in the Middle East and Africa as a means of disposing everything from vehicles and explosives to garbage and human waste by burning it all in large pits. The smoke that comes out of the pits, according to thousands of veterans and active service members, has caused health issues ranging from respiratory disease to cancer. Veterans have suffered from symptoms for years after being exposed to the smoke from burn pits, and others have died waiting for treatment.

By acknowledging the fact that burn pits are connected to lung disease, the courts have helped veterans get one step closer to treatment coverage. 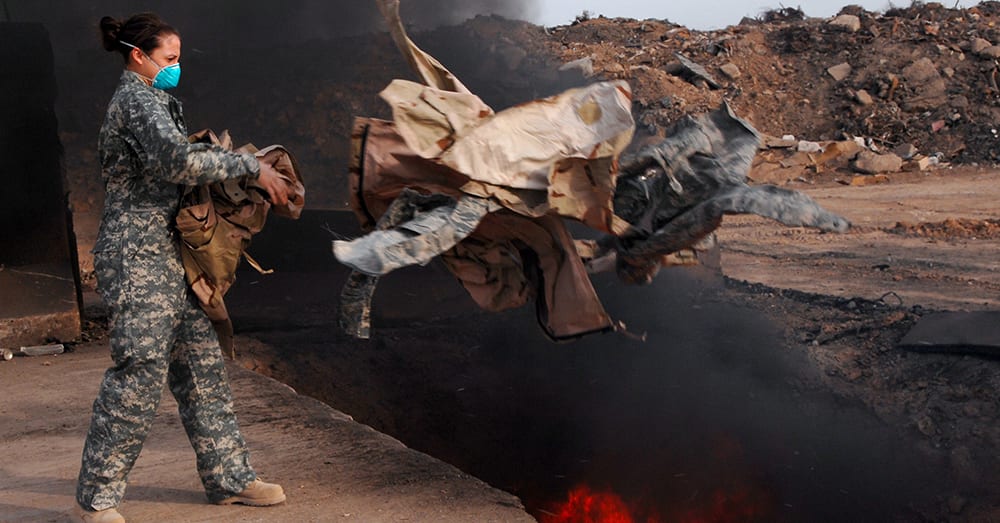 Burn pits, and the health issues resulting from them, have been called the modern equivalent to Agent Orange. Rosie Torres, founder of the advocacy group Burn Pits 360, saw her husband Army Reserve Capt. LeRoy Torres become extremely ill immediately after returning from a deployment to Iraq.

Rosie told Fox News, “It’s killing soldiers at a much higher rate than Agent Orange did in the Vietnam Era. Soldiers from that war were seen dying in their 50s, 60s or 70s. Now with the soldiers returning from Iraq and Afghanistan, we are seeing them die in their early 20s, 30s, and 40s.” 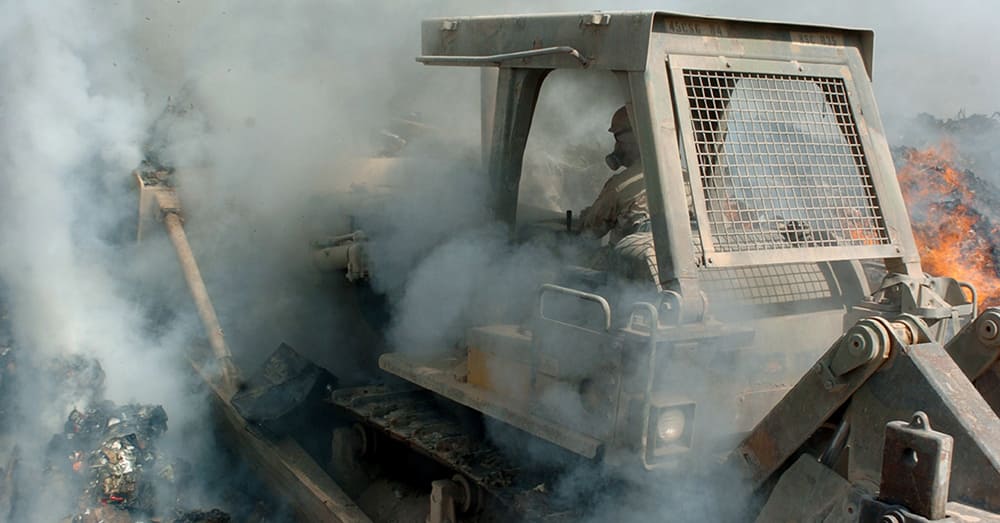 28th Public Affairs Detachment — Smoke billows in from all sides as Sgt. Richard Ganske pushes the bulldozer deep into the flames of a burn pit.

The recent court ruling, however, made it clear that KBR’s insurance company, AIG, is responsible for paying for medical treatments related to open-air burn pit exposure. For Veronica Landry, a former contractor with KBR whose case was part of the ruling, it is a huge victory. The ruling said, in part, that “This evidence is sufficient to establish Ms. Landry suffers from deployment-related lung disease… Employer [KBR] and Carrier [AIG] are liable for all past, present, and future reasonable and necessary medical treatment related to claimant’s work-related post-traumatic stress disorder and deployment-related lung disease.”

“Thousands of Veterans have lost their careers, some have taken their own lives and their widows are left without benefits,” Rosie Torres told Fox News following the court’s decision. “I believe this is a case of common sense and victory for military contractors and we can only hope that the same common sense is applied to our military war heroes and their widows.”

Click through to the next page to learn more about the Burn Pits 360 organization!