The Story Behind The Most Revered Naval Tradition Of Them All: Burial At Sea

This video brings home the power, the dignity, and the grace of the ancient naval tradition of burial at sea. It is offered to give you a sense of the drama and the majesty of the final salute for those who have fallen and who have served in peacetime or in war at sea on our nation’s United States Navy ships

It is a simple service done with profound respect.

In war, burial at sea is a necessity. It is often done in the lull that follows an intense sea battle where there have been many casualties. 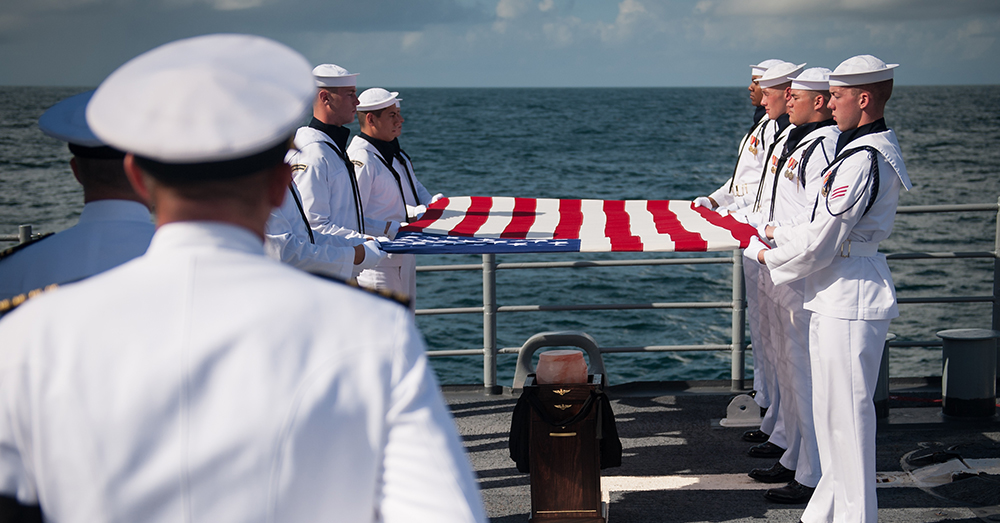 Source: Wikimedia Commons
Members of the U.S. Navy ceremonial guard hold an American flag over the ashes of Apollo 11 astronaut Neil Armstrong during a burial at sea service on board the USS Philippine Sea (CG-58), on Friday, September 14, 2012, in the Atlantic Ocean.

The chaos of war, as was seen in the huge naval battles of WWII, and the swiftness with which another air attack, or ship to ship combat came upon those who served in the fleet, especially in the Pacific, made it necessary to bury the dead at sea in the time honored tradition. It is clear in this video that, on occasion, burial at sea can be requested by those who have served and is honored by the Navy. 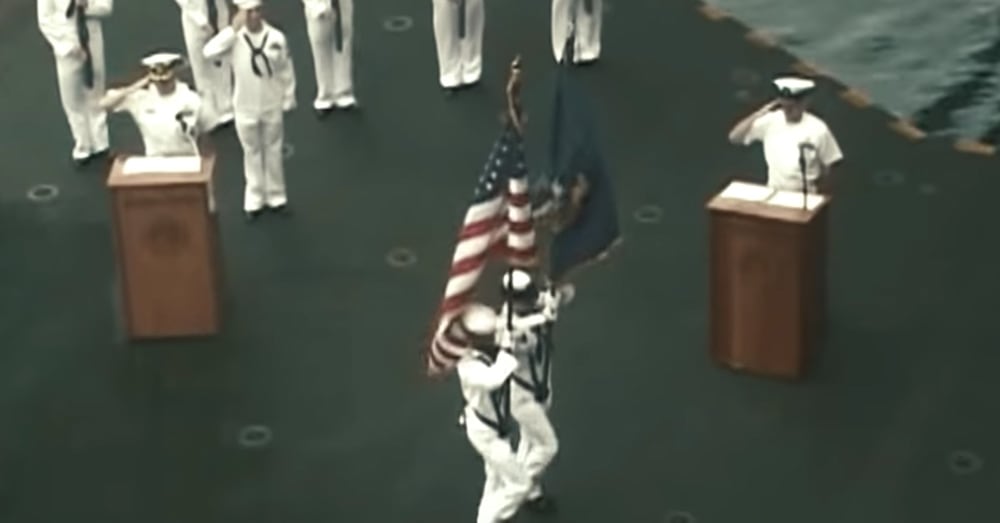 Source: YouTube/Military Colonel
Sailors from the ceremonial firing squad bow their heads for the benediction during a burial at sea ceremony aboard the Nimitz-class aircraft carrier USS John C. Stennis (CVN 74).

This service takes place on the aircraft carrier, USS Stennis (CVN-74). The ship’s company is present, the chaplain conducts the service, and the ship’s honor guard is there to provide the three rifle volleys of the Final Salute.

As the name of the person being buried is spoken by the chaplain, the remains of that person are committed to the sea. 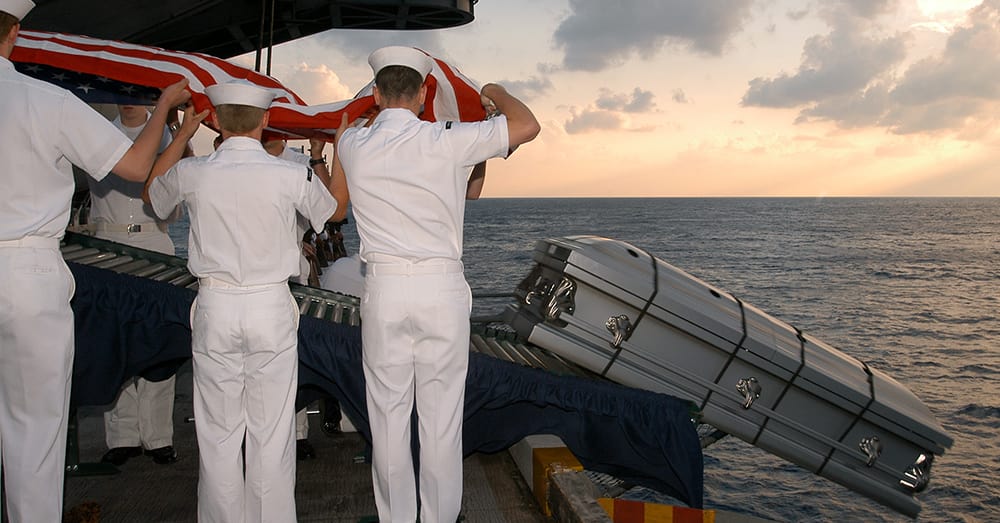 Source: Wikimedia Commons
Sailors commit to the sea the body of Machinist’s Mate 3rd Class Nathan Taylor during a Burial at Sea ceremony conducted from the edge of one of the ship’s aircraft elevators aboard the aircraft carrier USS Enterprise (CVN 65).

With this simple yet dignified service, carried out with the pomp and circumstance of military precision, you are brought into the great mystery of death.  It is carried out in the vastness of the sea. You get a clear sense of one’s smallness in the immensity of creation, yet you also sense the intimacy of the One Who Created it.     Let the video speak for itself.