When most people think about great research universities in our country, they may have lots of great institutions come to mind, but I’d wager that the United States Air Force Academy would not be one of them.

The fact is that the Air Force Academy is one of the best research institutions in the world. Its cadets have been in the lead of technological inventiveness for some time. They have designed satellites and airplanes, have done work on things like making diesel fuel out of algae, and on tiny hydrogen fuel cells, as well as on new molecules that show promise in cleaning up chemical weapons.

Hayley Weir is an undergraduate Senior Cadet who is about to graduate from the Air Force Academy this year. What she has come up with, as a result of a professor’s challenge in class one day, may very well be one of the most valuable and important inventions for combat troops ever. 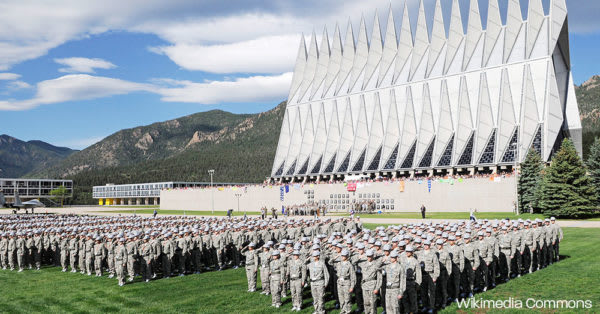 Yes, you read that correctly. This stuff stops bullets.

Now, I am no scientist, and I have only a passing familiarity with some of the terms used here, but it is clear that this product has the potential to save a great many lives on the battlefield.

According to an article written by Tom Roeder for the Colorado Springs newspaper, The Gazette, posted by the online site, Task and Purpose, Weir is described as a “chemistry department dropout.” But she took a challenge that one of her professors gave cadets one day in the classroom to, “think up ways to stop a pistol bullet.” Weir immediately thought of “a children’s toy called Oobleck, which has a really scientific second name: a non-Newtonian fluid.” Apparently such fluids made with something like cornstarch have a texture that can be described as ‘gooey’ to the touch, like gravy, but become extremely hard when struck with great force.

Like all good scientists, Weir followed the scientific method. This idea led to questions, then to a hypothesis, then to experimentation to attempt to prove the hypotheses.

Weir mixed this stuff up in an Academy lab using a common, everyday KitchenAid mixer. She said that the process was more like baking a cake than some kind of fancy science. She then put the material into ordinary plastic vacuum-sealed bags and flattened them into about a quarter-inch thickness, then layered it with a “wafer of kevlar fabric.” She says that the layering is key. 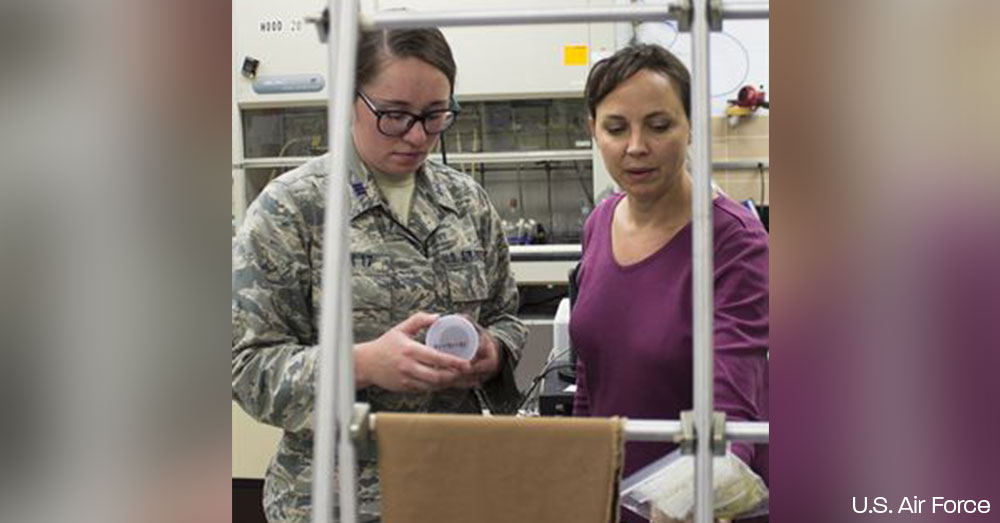 To experiment, she and Marine veteran Ryan Burke, a professor of Strategic Studies at the Air Force Academy, took this layered material to the Academy range, fired several rounds of 9mm ammo at it, and found it worked as hoped. The firearms instructor suggested that they try a .44-caliber pistol round to make the test a little tougher. The goo stopped this heavier bullet too.

According to The Gazette, “When impacted, the molecules in the gooey substance jam together. The bigger the impact the bigger the molecular traffic jam and the better the ability to resist penetration.”

Weir says it’s “the properties of non-Newtonian fluids that do this.” Her invention has been demonstrated at the Air Force Civil Engineer Center in Florida as well. Air Force scientists are taking this new material very seriously and have very high hopes for its future uses as an effective form of armor. They are thinking that it could eventually be used to make tents that could be resistant to mortar and artillery fire. Most importantly, it could be developed into full body armor for the troops on the battlefield.

This would be a huge advantage over the present forms of kevlar body armor that protect mainly the torso, and could tremendously reduce the devastating kinds of injuries that are so common on the battlefield today.

Air Force Senior Cadet, Hayley Weir, is humble about the whole thing, but what she has come up with may very well be the most important invention in modern battlefield technology. This “gravy” has the potential to save lots of lives and limbs. Because of what this Air Force Academy undergraduate has invented, in the not too distant future, our battlefield troops, who may never know her name, might be able to walk away from a firefight with only bruises where they had been hit by bullets, or shrapnel from an IED, instead of with the devastating types of injuries, or death that are common on today’s battlefields.

This could be a real game-changer.

The Veterans Site is grateful to the Air Force Academy for many reasons, but especially in this matter, for its world-class research facilities, its faculty, and its excellent quality of students. May the United States Air Force always,