This brief video tells just one story about the fabled troops of WWII who served in the segregated U.S. Army in the 92nd Infantry Division, nicknamed, the Buffalo Soldiers.

Almost a hundred years after the end of the Civil War, segregation was still the law in parts of this country. But, in much of the rest of the country, where there were no Jim Crow laws, blacks still experience the oppressive limitations of racial prejudice.

The 92nd Infantry Division of the United States Army, the Buffalo Soldiers, fought in both WWI and WWII. These African American soldiers came from every state in the union. They were first formed at Camp Funston in Kansas in October 1917 and the American buffalo was chosen as their division insignia due to the nickname given to African American cavalrymen by the Native Americans back in the 19th century. 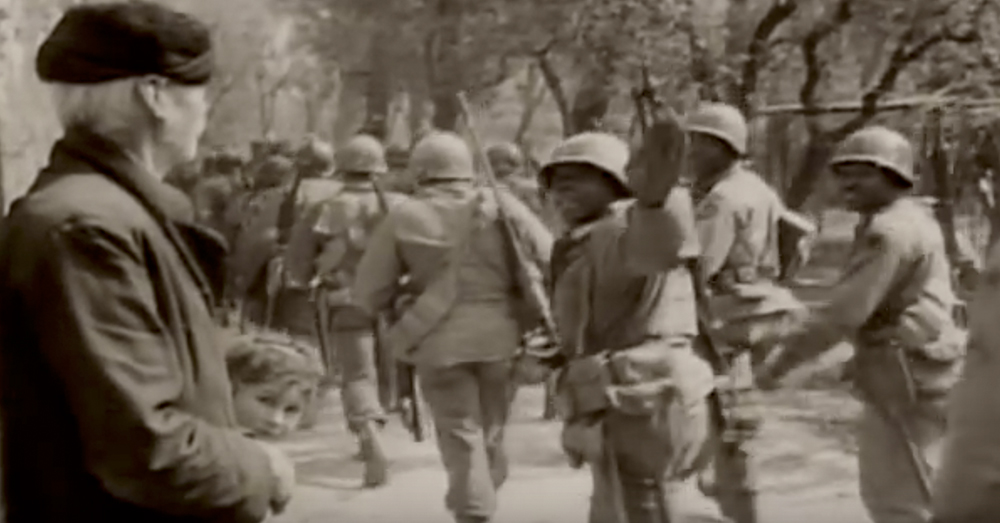 Source: YouTube/ForLoveOfLiberty
The Buffalo Soldiers fought in segregated forces in WWI and WWII.

The Division fought again as an all-black unit during WWII as the U.S. Army was still at that time a segregated force. The 92nd was fighting in Italy during the winter of 1944. Just after Christmas Day, they and some Italian allies were hit hard by counter attack by a much larger German force.

The fighting was so intense and so close that they were in danger of being overrun. The situation could not have been more desperate. Lt. John Fox who had been calling in artillery support during the battle, could see that the situation called for desperate action. 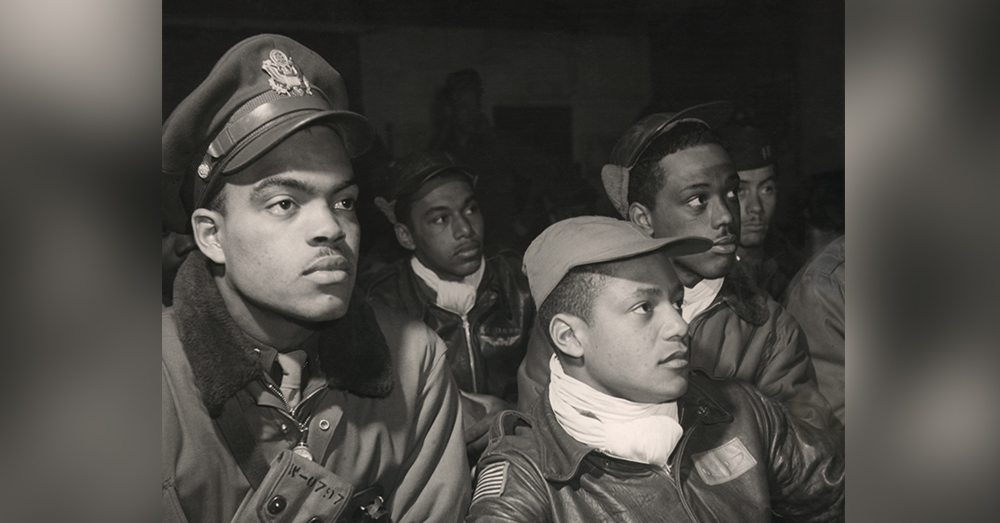 Source: Wikimedia Commons
Like the Tuskeegee Airmen, the Buffalo Soldiers faced racism and bigotry at every level.

The Germans were almost upon them, and he called in artillery coordinates that would bring supporting fire right on their position. His commanding officer would not approve the order, but there really was nothing else left for them to do. Fox gave the order over the radio, “Fire.”

The shells rained in on them devastating the advancing Germans and Fox’s unit of the 92nd. After the battle a local citizen reported seeing Lt. Fox’s body surrounded by a hundred dead Germans. That heroic sacrifice halted the German advance and turned the tide of the battle for the allies. 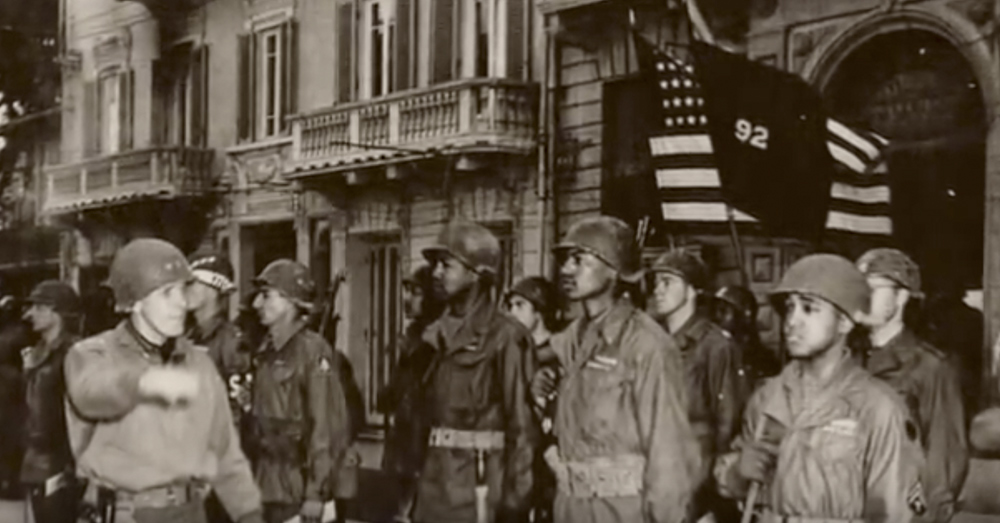 Source: YouTube/ForLoveOfLiberty
Despite their challenges, the Buffalo Soldies fought bravely, and with pride.

Heroism is rare because of the demand it makes on one’s very existence. It is recognized first and foremost in the willing sacrifices one makes for the good of others, or for some cause larger than oneself.
The Buffalo Soldiers were willing to sacrifice their lives for the same reason that all other American soldiers were. They knew that the defense of the universal and common right of all men and women to be free from the oppression of tyrannical forces was threatened worldwide during WWII. And they made those sacrifices, even though those universal and common rights to freedom were still systematically denied them in their own country. 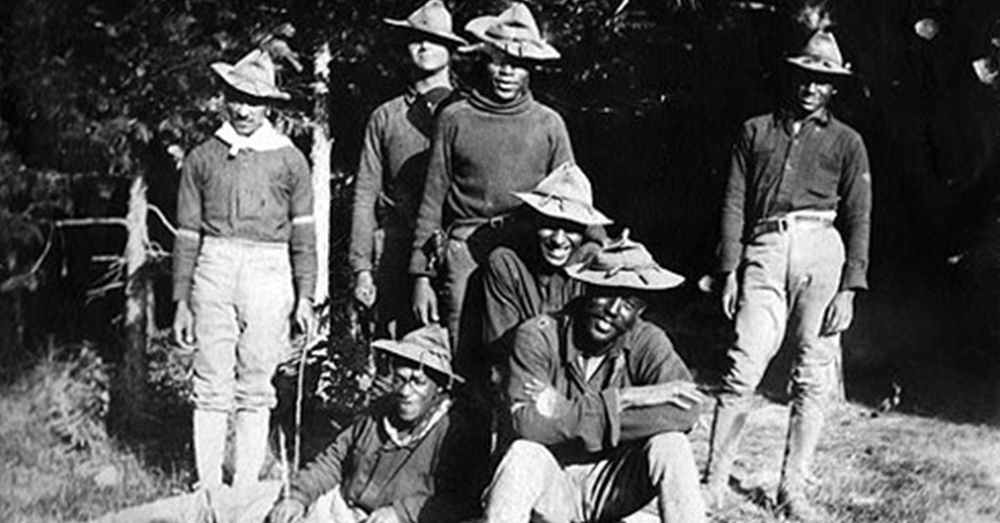 Their battlefield courage stood right beside, and was as recognizable and honorable as that of all the American forces that fought that war. But when they came home it was to a society that still denied them the very rights of freedom they had so nobly fought for on the battlefields of Europe.

The proud motto of the 92nd Infantry Division is, “Deeds, Not Words.” And that is exactly what this video reveals.

The Veterans Site takes this opportunity to honor the courage and dedication of all those who fought in the 92nd Infantry Division during WWII. Your character and your dedication to the most noble of human causes, freedom, is a model for all Americans. Indeed, the eloquence of your deeds is a part of military legend and American history.