Clydesdale horses have been associated with Budweiser beer for decades, but in 2002, the brand used them in a touching tribute to American values, and a legacy few will forget.

This particular Budweiser commercial ran during Super Bowl XXXVI, when the St. Louis Rams faced the New England Patriots. Former President George H.W. Bush and football legend Roger Staubach took part in the coin toss before the game started. Hours later, the Patriots had clenched the championship title with a 20-17 win over the Rams. 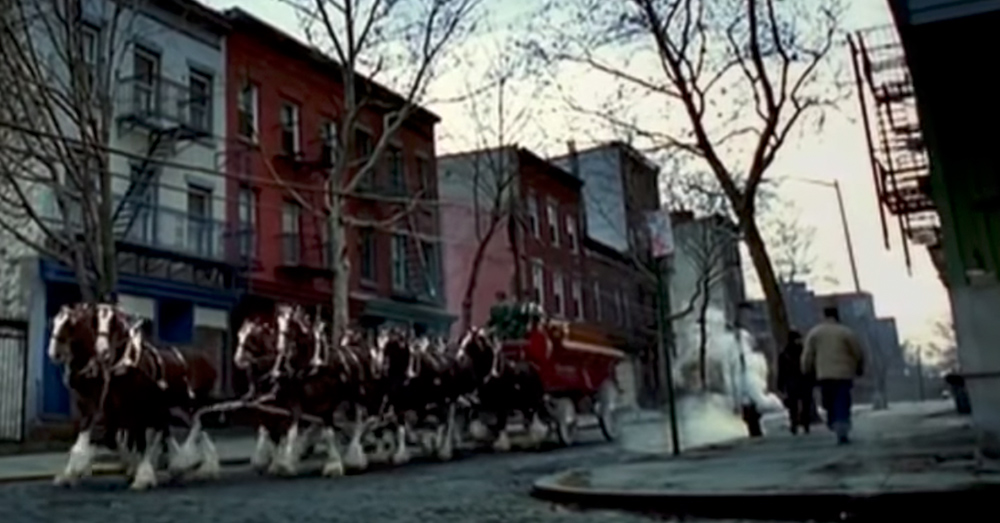 The game itself was thrilling, not unlike most Super Bowl matchups, but the Budweiser commercial still brings chills to viewers to this day. 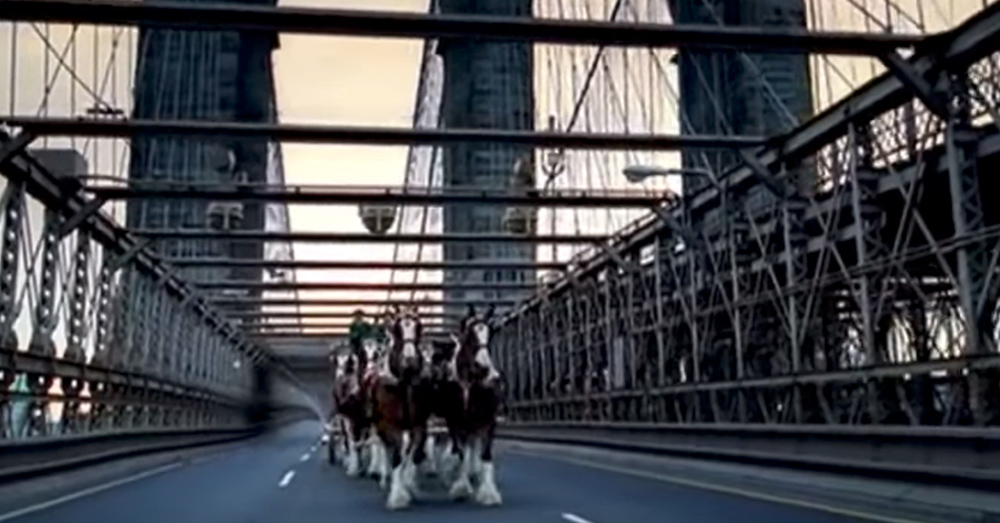 Source: YouTube/michaelyork0
The horses pass over the Brooklyn Bridge.

The commercial portrays the mighty Clydesdales passing by the Statue of Liberty, crossing the Brooklyn Bridge, and finally pausing in a park overlooking the New York City skyline. The horses bow their heads in the direction of the absent World Trade Center Twin Towers, which were destroyed in a terrorist attack one year prior, on September 11, 2001. 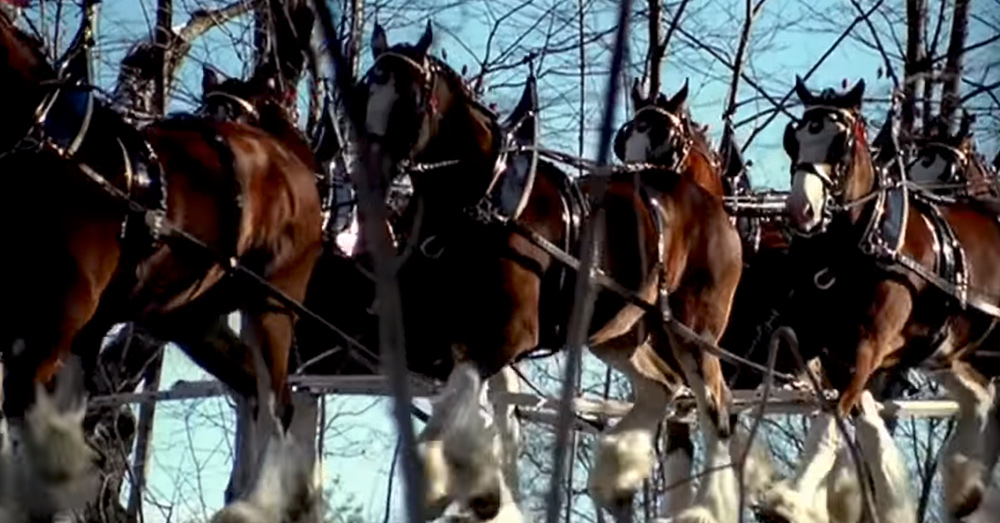 Source: YouTube/michaelyork0
These Clydesdales have long been associated with Budweiser beer.

The commercial was actually taken off the air after its debut, but it had made too much of an impact to be forgotten. When it resurfaced 6 years later on YouTube, it quickly became one of the most viewed videos of its kind. 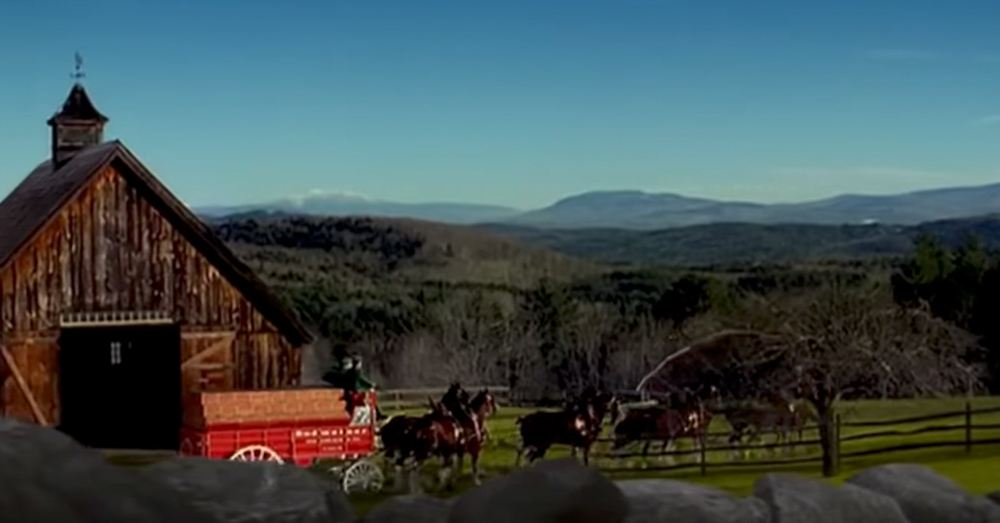 Source: YouTube/michaelyork0
This commercial pays tribute to the American Spirit, even shining through amidst indomitable odds.

On the 10th anniversary of the terrorist attacks of 9/11, Budweiser remastered the video, and added a line all Americans can appreciate. 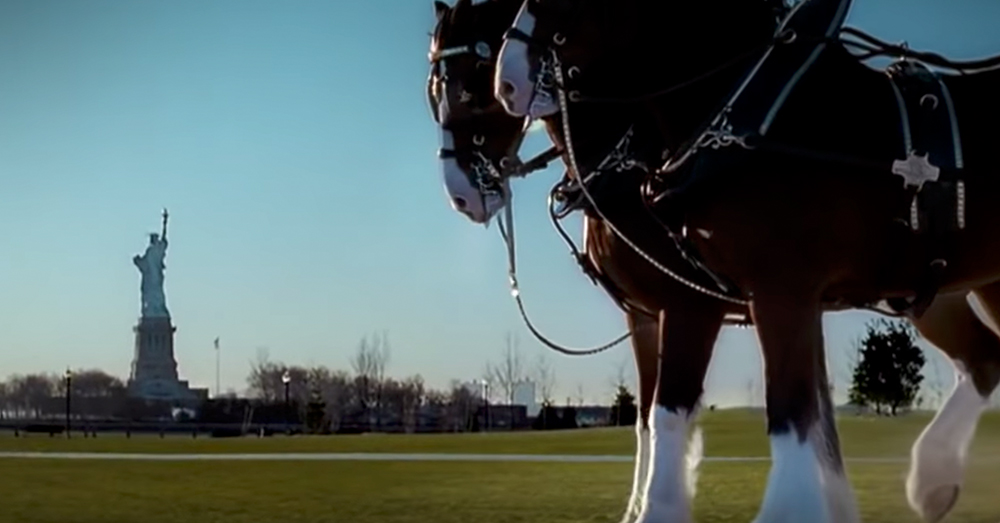 Source: YouTube/michaelyork0
They pass by the Statue of Liberty. 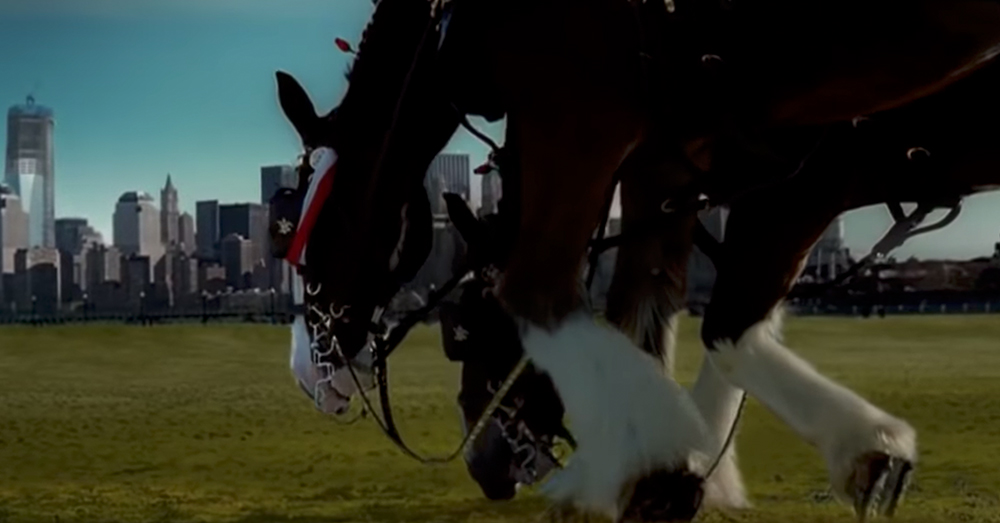 Source: YouTube/michaelyork0
The horses bow in the direction of the fallen Twin Towers.

“We feel our 9/11 Clydesdales tribute ad is very special,” Paul Chibe, VP-marketing at Anheuser-Busch, said in a statement. “We were proud to re-air the spot on Sunday, the 10th anniversary, as a way to help raise awareness of the fundraising campaign for the National September 11 Memorial & Museum. The subtle changes in the ad were intended to reflect the passing of time, and the most important point, that we should never forget those lost and affected by 9/11.” 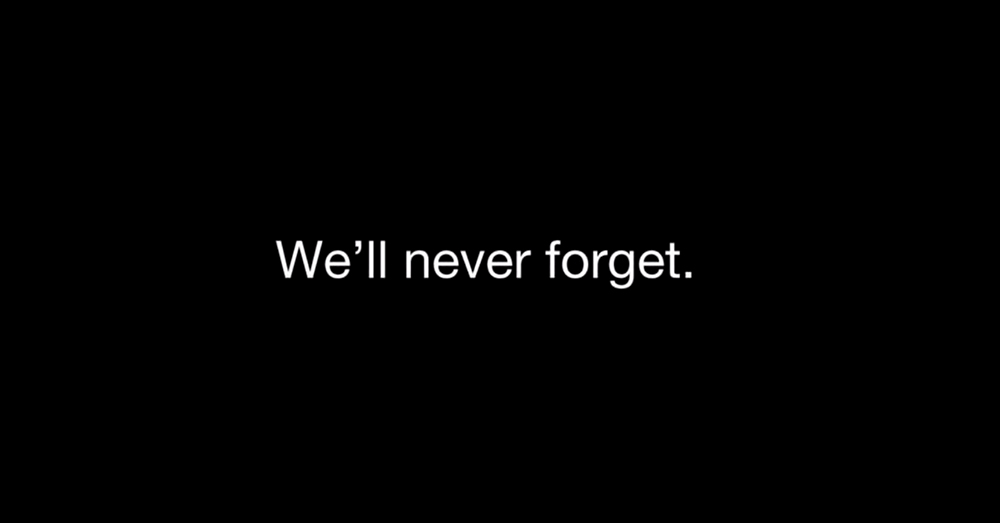 Source: YouTube/michaelyork0
A simple message that speaks for itself.

Watch this moving ad in the video below. Many Americans can agree, it will give you chills, just as it did in 2002.