Wildfires in California have killed dozens, and forced Brundgie out of Paradise, but the 93-year-old World War II veteran has survived thanks to the selfless act of a kind couple in a neighboring town.

With the fires closing in on his home, Brundgie fled to a parking lot outside of Paradise where other evacuees had gathered for shelter. There, Tracy Grant was handing out hamburgers to those displaced by the Camp Fire. 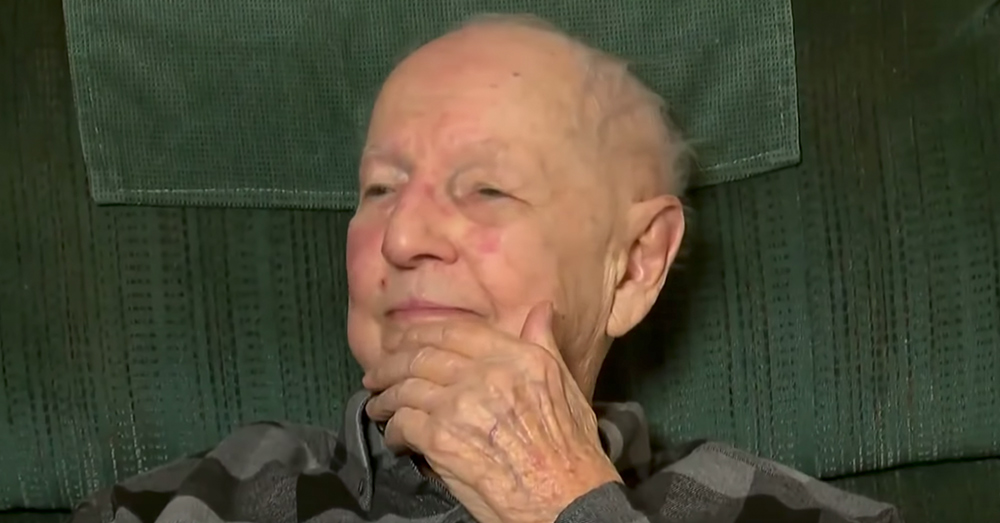 Brundgie turned down her initial offer, telling her to give it to someone else who was hungrier. Then, the local sheriff’s department showed up to clear out the parking lot.

But Brundgie had nowhere to go. 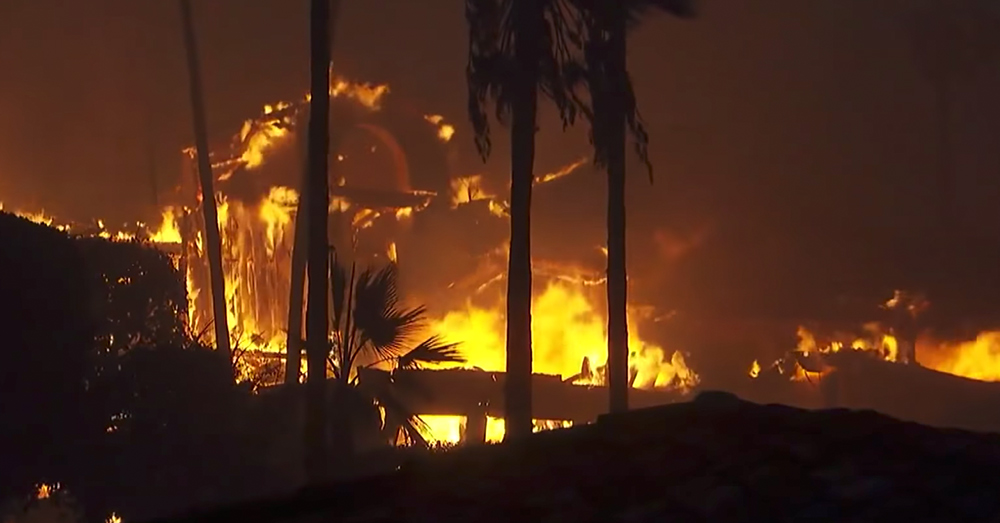 Source: YouTube/Inside Edition
The fires have claimed 50 lives so far, and the death toll is rising.

Grant wasn’t about to leave the veteran on his own. The Camp Fire had already claimed at least 50 human lives, and many more animals. Brundgie would have a difficult time surviving without a home.

So, Grant offered hers. 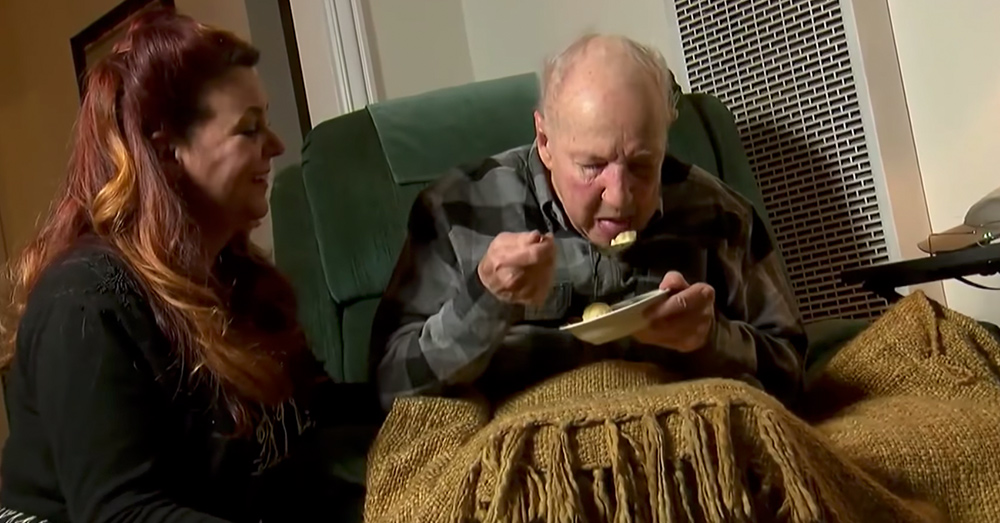 She asked Brundgie if he wouldn’t mind staying at her house for a few days, with her boyfriend Grant and their two friendly dogs, until it was safe to return to Paradise.

Brundgie declined her offer once more. 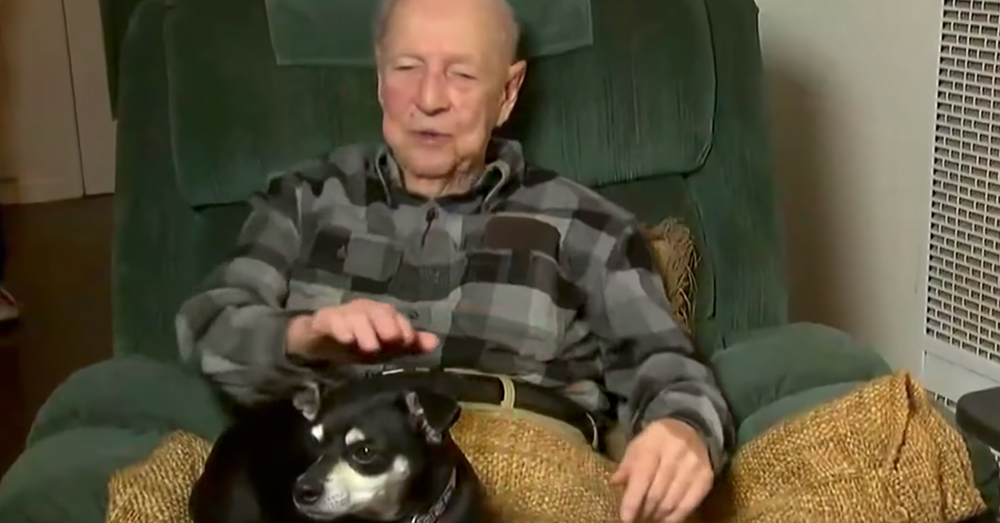 Source: YouTube/Inside Edition
It took some convincing, but Brundgie is grateful for the accomodations.

But Grant was relentless.

“My instant instinct was, he’s not staying here another night by himself,” she told Inside Edition. “And, I’m not taking him to a shelter, and I’m not letting him go with some other stranger. There are people out there who take advantage.” 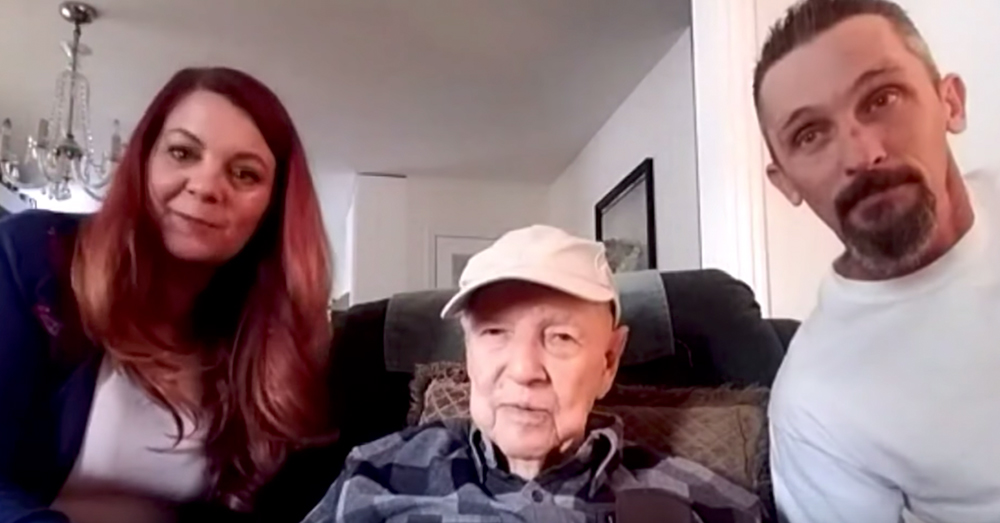 Source: YouTube/Inside Edition
The veteran is staying with Tracy Grant and her boyfriend, Josh Fox, until it’s safe to return to Paradise.

Grant and her boyfriend, Josh Fox, “adopted” the veteran. He has a safe home as long as he’s willing to stay, Grant said.

The third time was the charm for Brundgie. He is grateful for the help, and for the chance to make two new furry friends.

Learn more about this heartwarming “adoption” in the video below.

Badly Burned Cat Rescued From Wildfire Dies: Click “Next” below!