When I saw this video, I got excited. It took me back 48 years to an experience I have not forgotten over all these years. This versatile, agile plane, the OV-10A Bronco, came into service with the Marines in Vietnam in 1968. The Bronco was then, and still is, a thing of beauty for the fighting units on the ground.

According to a recent article, the Bronco is even being brought back into service in the efforts against ISIS in Iraq and Syria…

The Bronco was designed for close in air support with its machine gun and rocket firing capabilities. In Vietnam, the OV-10A was a powerful addition to our efforts in the field. They were a beautiful sight to see above you when the enemy was close by, or when we were in active contact with them.

I can still remember the sound of their engines. This small, armored, propjet is extremely quick and agile. It can come right down to ground level fast and furious, unleash a heavy barrage of protective fire, then turn on a dime and come back and do it again. I had the opportunity to see a Bronco in action while serving with Bravo Co., 3rd Recon in Vietnam…

…and I will never forget it.

On my last patrol with my Recon team in Vietnam, in November of 1968, we found ourselves surrounded on an elephant grass covered hill in the jungle along the Laotian border, west of Khe Sanh. Less than an hour earlier we had been inserted via a CH-47 Chinook helicopter into a shallow bomb crater, which was the only open space that was available in that twenty foot high elephant grass on the top of that hill.

We were a typical Recon patrol. There were eight of us, missioned on that occasion with locating any enemy movement, new trails, or supply lines in the area. After exiting from the rear ramp of the CH-47, we moved quickly away from the landing site through the heavy elephant grass and into the nearby jungle tree line.

We weren’t into the thick jungle canopy 15 minutes when we came across what appeared to be a company-sized staging area that included well designed sleeping and cooking areas.

It was clear that it was a well-used harbor site and that it had been used very recently. We could see boot prints, and one of us found a half eaten, still fresh tomato lying on the ground. Our senses were already on full alert, but these signs gave us all the ominous sense that whoever had been there might still be nearby.

We marked the location on our map and radioed in the coordinates for a future bombing, or artillery barrage. We also gave information as to what we were seeing there.

As we were about to move on, we heard movement in the thick forested valley below us, which was no more than a few yards away.

That was the thing about the jungle; you could hear them, but you couldn’t see them, and it always seemed like they were closer than they actually were. We radioed this in and we were given orders to return immediately to our original insertion site. We were also told that helicopters were on their way to extract us. 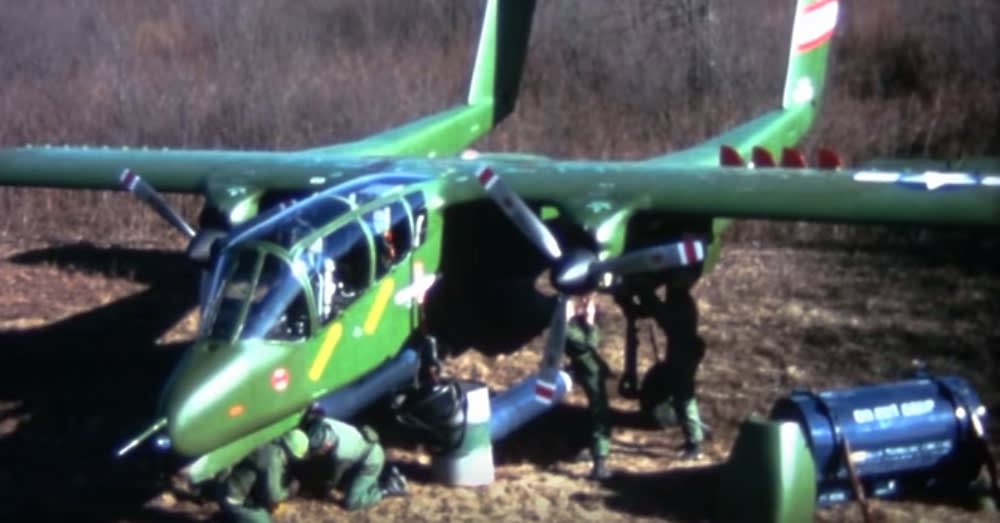 We made our way back to the bomb crater and quickly set up a perimeter and set out a couple of anti-personnel claymore mines in the twenty foot tall grasses along our trail. Not long after that, we began to hear movement coming along the same trail we had made through the elephant grass and we set off one of the claymores.

At that point, we began to hear movement from three other directions. We were on the radio throughout this time, relaying information to the rear about what was happening around us in real time. Within minutes we could hear the whining engines of the first aircraft on site over us: an OV-10A Bronco.

We established radio contact with the pilot and he began spotting for us. He was able to tell us where our enemies were in the high grass, or in the nearby tree line. He also began to make some strafing runs on them, deploying some of his rockets.

Down at our level, the elephant grass was still too high and too thick for us to see the enemy. In the moments of silence between the Bronco’s strafing runs, we had to depend on our ears to tell us where the nearest enemy soldiers might be. We couldn’t see them.

All we could do when we heard movement in that thick curtain of elephant grass that surrounded our bomb crater, was to fire a long burst or two of M-16 rounds in the direction of the sounds we were hearing. 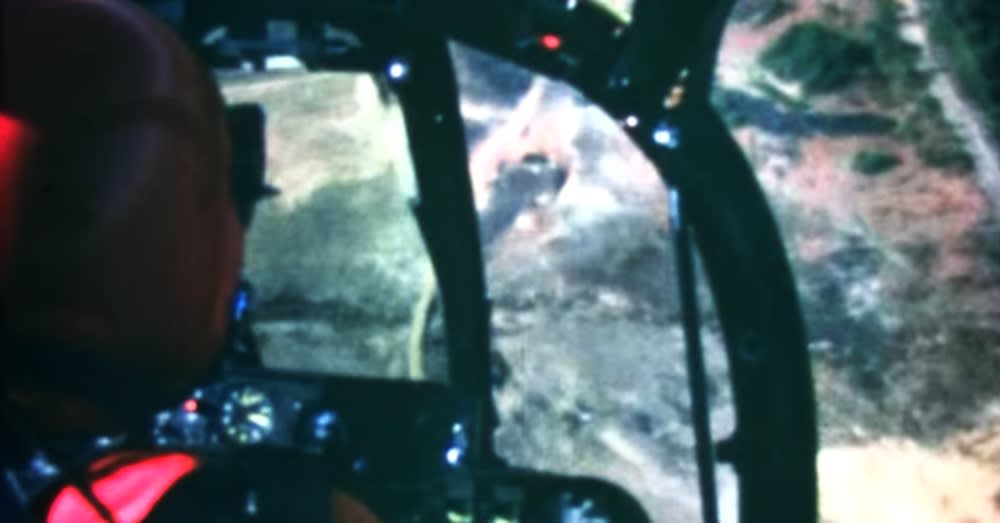 That Marine Corps Bronco buzzing furiously back and forth overhead, kept the NVA units occupied from above until two Huey gunships arrived to help keep them pinned down while the big, double bladed, CH-47 Chinook extraction helicopter that had recently arrived on station could drop down to pick us up.

On his first attempt, that Marine Chinook pilot tried to put his rear wheels and the open rear ramp down near the lip of the bomb crater, but he was taking such heavy fire from the nearby tree line that he had to lift off without us.

That Marine Bronco and the Huey gunship pilots redoubled their aerial attacks around us and the Chinook came in a second time and was able to settle his rear wheels and ramp on the ground long enough for us to scramble aboard.

Once on board, we all jammed our M-16s out of the starboard side portals of the helicopter and, as the Chinook lifted skyward, we were all firing our weapons furiously at the tree line below, along with the door gunner who was ripping the air and the area below with his mounted 50 caliber machine gun.

As we looked down we could see muzzle flashes from dozens of the NVA AK-47 assault rifles firing back up at us from positions all around the bomb crater we had just left. Thanks to that Bronco, and the rest of those Marine Corps helicopter pilots, we were able to get out of that mess without any casualties of our own.

Those Marine Corps Bronco pilots were incredibly gifted and intensely focused brothers in the sky. They could make those machines do magic when needed. The Bronco will be a determined and versatile addition to the efforts against ISIS in Iraq and Syria. It is a multi-faceted, very agile, extremely effective, aerial fighting platform.

thanks all those Marine Corps Bronco pilots and ground crews for their service in Vietnam and since. You are the best; true angels in the sky for the troops.