This 9-Year-Old’s Father Has Been Deployed 10 Times, So He Wrote A Book To Share His Experience With Other Children

Nine-year-old Davidson prays for his dad every night. As a Green Beret, the boy’s father has been deployed 10 times, leaving young Davidson at home wondering when he will return.

“Sometimes it’s fine because we actually do a lot of fun things while he’s away, but it’s also sad because he’s just not here,” Davidson told CNN. “My mom sometimes breaks down and cries a lot because she misses him. And it’s not really hard for her because I help her, but it’s just she misses him.”

Davidson may be only 9 but he has the mindset of an adult in many ways. He understands he’s not the only child with a parent deployed overseas for extended, and often unknown periods of time. It doesn’t make the situation any easier to bear, but Davidson approaches it with rational thinking.

“I don’t even know where he is, but I think he’s fine because he’s a good, strong guy,” he said. 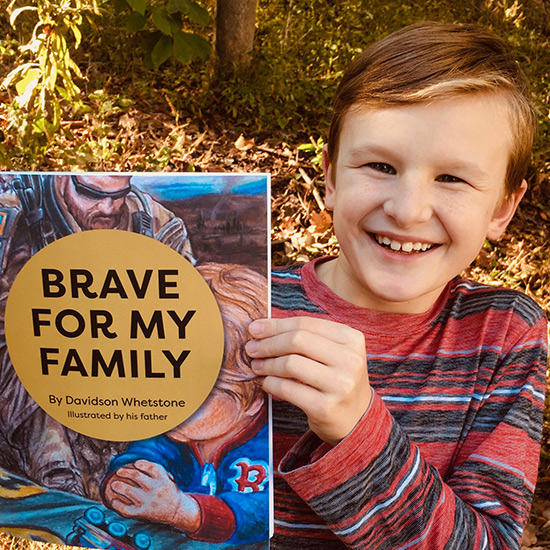 At home in northern Virginia, Davidson spends a lot of time reading. When he was just 6 years old, he wrote a book about his life with a father in the military. “Brave For My Family” appeared on the shelves of The Country Bookshop in Southern Pines, NC, on Veterans Day. What makes this book even more special is the fact that it was illustrated by the author’s father.

“Brave For My Family” covers some very emotional experiences from Davidson’s life, which many other children of service members can relate to. In particular, visiting his father at Walter Reed National Military Medical Center after a rocket-propelled grenade nearly took his life just days before Christmas in 2013.

“My Mom cried and I was pretty scared that my Dad was going to die,” Davidson wrote in the book. “We got on an airplane to Washington, DC.” 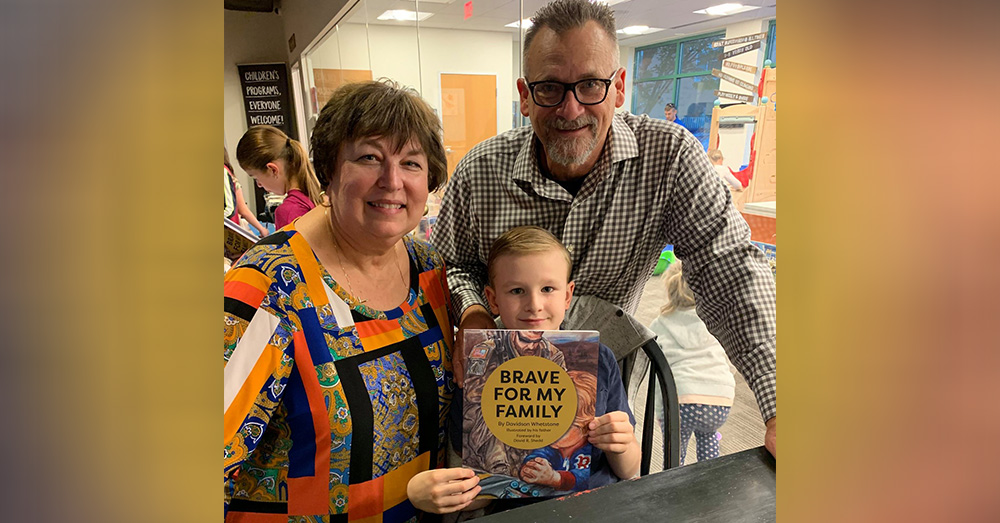 Source: Facebook/Brave For My Family
Davidson’s book is now available in bookstores and online.

Dave illustrated a wounded warrior, covered in scars, bandaged and bloody, embracing his 3-year-old son, who looks happy as ever to be with his father.

Davidson doesn’t remember what was going through his head at that age, but he does recall being at the hospital and holding his dad close.

“I wanted to write the book because I wanted to show other kids that they won’t have to be scared when their dads are deployed to countries that war is going on and scary things,” Davidson said. 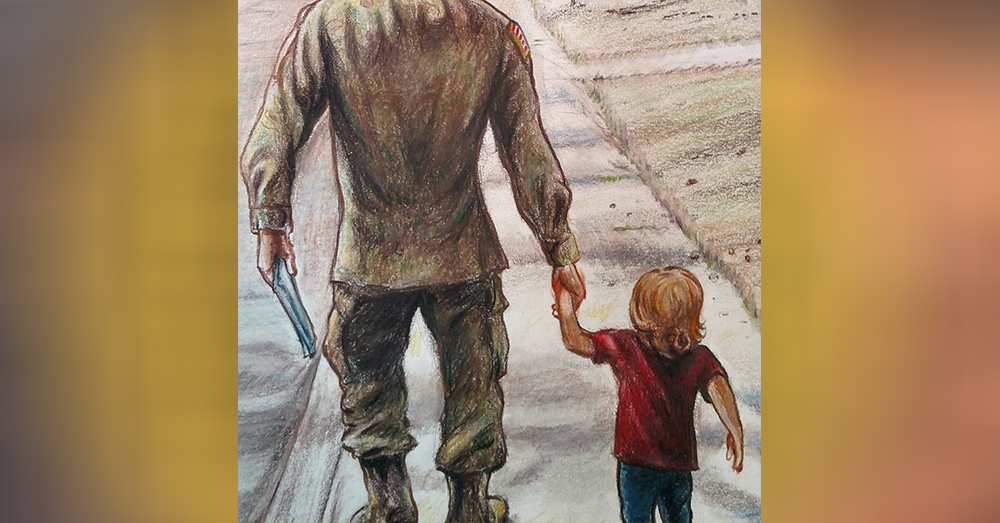 Source: Facebook/Brave For My Family
Davidson’s father, a Green Beret, illustrated the book.

The book opens up raw memories for Davidson’s mother, too.

“When you look at it in the book, it just looks so real,” Elizabeth said in between tears. “It brings me back to that day where I walked in and I saw him hugging Davidson and all his shrapnel wounds.”

The Green Beret always loved to draw, and Dave and Davidson worked on the book every weekend between deployments, but the RPG had damaged his dominant eye and made it difficult to illustrate.

“But, illustrating Davidson’s story gave me a strong motivation to create a meaningful representation of our family’s sacrifice and courage,” Dave told CNN. “It also allowed me to spend time recalling and appreciating the details of our family’s experience, and to come to terms with some things.” 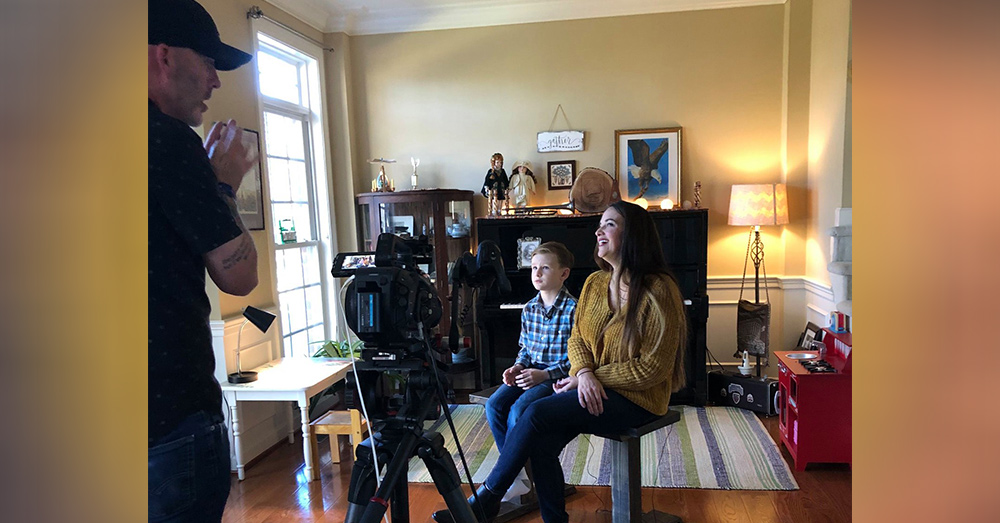 Source: Facebook/Brave For My Family
Davidson lives in northern Virginia with his mother and siblings while his father is deployed overseas.

“‘Brave For My Family’ is a book for every American child to read and celebrate the bravery of those on the homefront when a parent is away fighting for our country,” The Country Bookshop states on its website.

This book carries an important message of love, hope, and reassurance for children of military service members, and one of inspiration for Davidson’s parents. 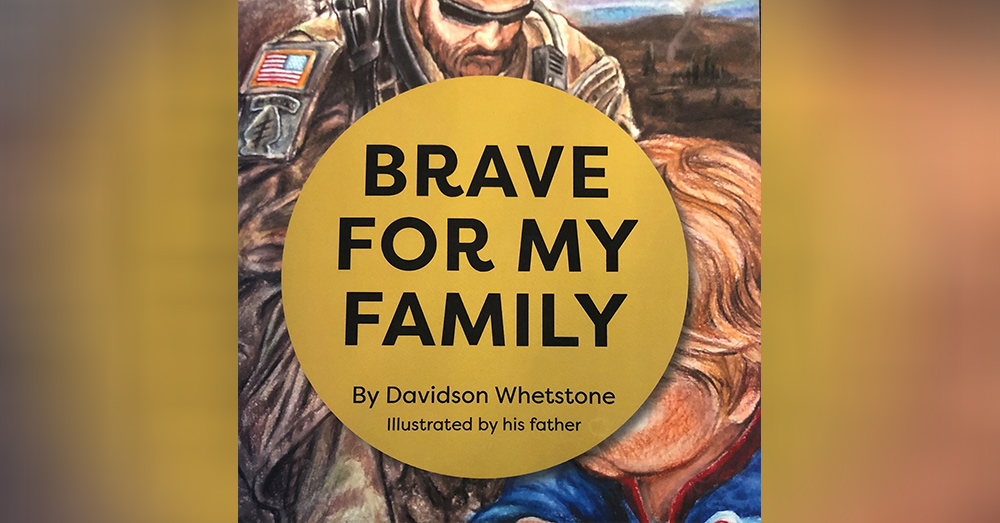 “I can’t express how proud I am of my whole family, and how immeasurably blessed I am to have each of them in my life,” Dave said. “I am so proud of Davidson for writing this book, but if I’m being honest, this is only a snapshot of his talents and passion as a good young man.”