Veterans have already sacrificed their own safety the name of freedom, some of them have given much more. In Lake City, Florida, a group has found a way to express thanks and understanding.

It’s a visible token of recognition, but it’s designed to be felt, as well.

A plaque at the VA hospital in Lake City depicts the U.S. flag, cast in metal, with the stars and stripes raised to be felt by fingers. The Pledge of Allegiance is engraved into the white stripes, with the same in braille written between them. 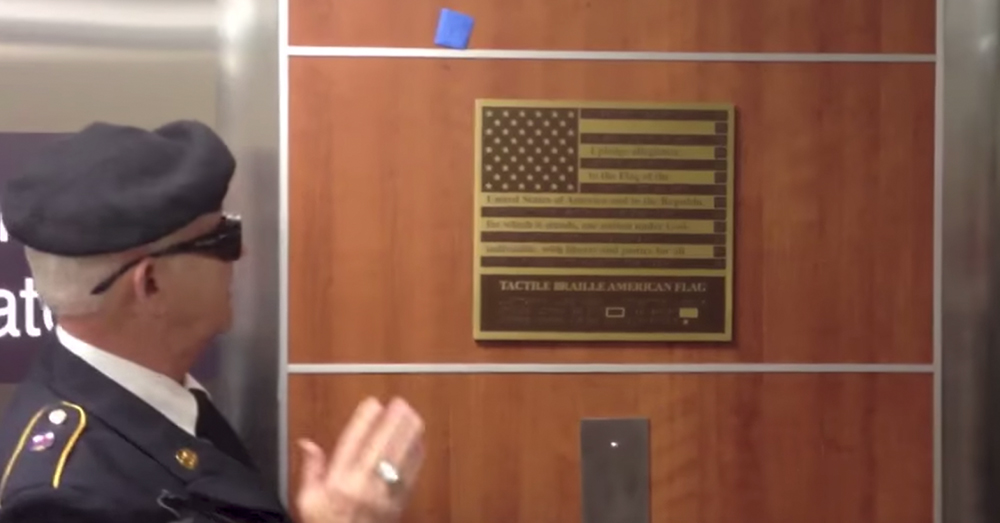 Source: YouTube/Tennessean
A braille flag displayed at a VA hospital.

“to not be able to see the flag is kind of sad,” said Judy McMillan a case manager for blind veterans at the VA. “To be able to touch this and remember all the things that this means to you, this way he can touch that and it’s going to bring back all those memories of colors.”

As WCJB reports, there are about 1,000 blind veterans living in North Florida, and at least 4,000 considered visually impaired. Nationwide, there are more than 1 million blind and visually impaired veterans. The new plaque not only recognizes that segment of the veteran population, it restores dignity to those who may not always feel included.

“You’re never far away from it and it’s never far from you,” Navy veteran James Hodges told the station. “So to be included and know there’s a flag there for vision impairment even though we can’t see the flag, we still can.” 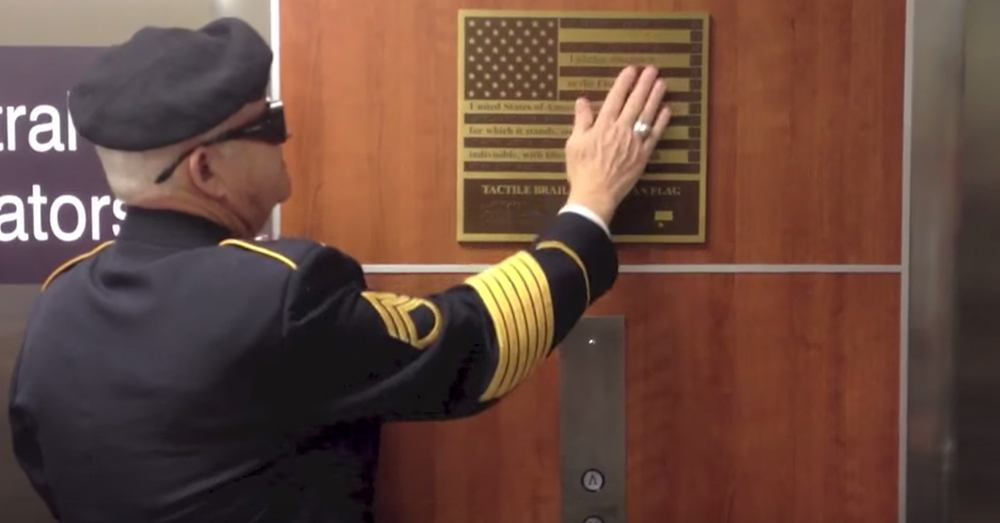 YouTube/Tennessean
The flag shows the Pledge of Allegiance in English and Braille.

This isn’t the first braille flag ever installed at a VA hospital. In 2018, a version without raised stars and stripes was mounted at the McGuire VA Medical Center, next to the public affairs office. One was installed at the Jacksonville National Cemetery, as well.

“I feel that this Braille flag is a godsend for us blind veterans in America,” Veteran Walt Peters told the crowd on the day it was unveiled. 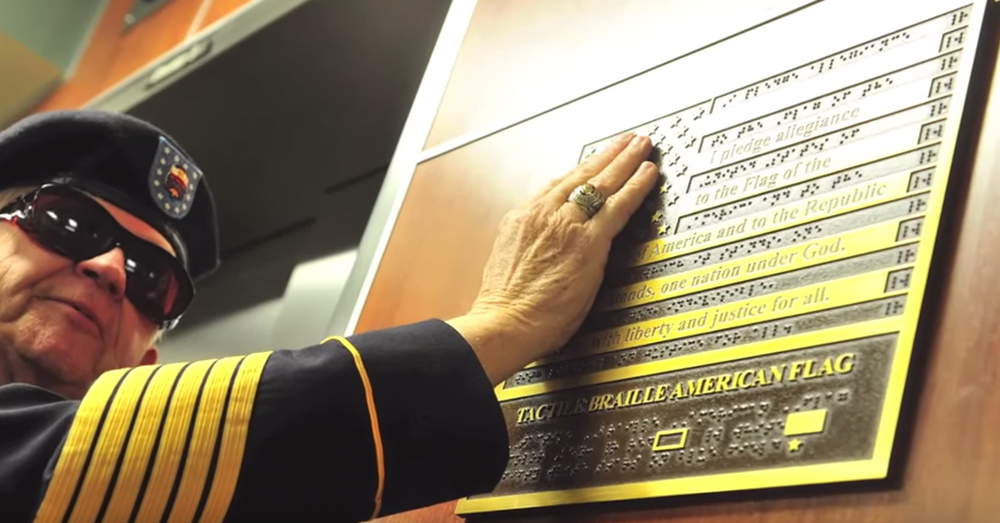 YouTube/Tennessean
At least 1 million veterans in the U.S. are blind or visually impaired.

According to MSN, the braille flags were designed by Randolph Cabral of the Kansas Braille Transcription Institute (KBTI), the son of a blind veteran.

Congress first approved the braille flag as an official American flag in 2008, and authorized its installation at the Arlington National Cemetery that year.

This Man Visited All 50 States Mowing Lawns For Veterans, For Free: Click “Next” below!