Why Were The Pilots Of Operation Chastise So Important To Winning The War?

WWII veterans are leaving us very rapidly. That war called upon the young men of many nations around the world to take up the struggle against the tyrannies of German Nazism and Japanese Imperialism. They were all brothers-in-arms. It is up to us to remember them, to honor them, and to tell their stories. This is just one of those stories. 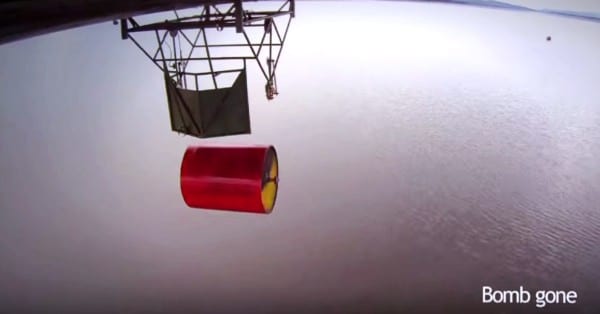 A simulation of the bouncing bombs done in 2011

In the spring of 1943, the No. 617 Squadron of the RAF was assigned the task of bombing three dams along the Ruhr River. The Ruhr Valley was the heart of the German industrial region. These dams supplied hydroelectric power and water to the steel making plants that supported Hitler’s war machine production.

The mission codename was Operation Chastise and it would prove to be both dangerous and fraught with tactical and practical problems.

These pilots were going to be using a new bombing technology that had never been tried before. These new bombs were shaped like barrels, or cylinders, and were designed to skip, or bounce, across the water like skipping stones. This technique was chosen because the dams were defended under water by “torpedo nets.” These bombs were made to bounce over these nets then to sink to the base of the dam before exploding. 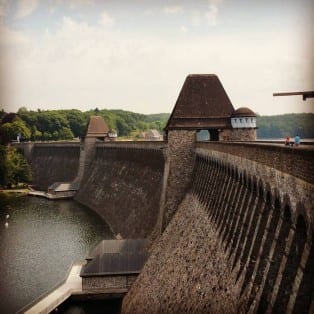 The Mohne Dam as it stands today / via Henry Wisdom

With the water pressure down there the explosive power of the bombs would be amplified for greater effect. John Leslie Munro, like the other pilots would have only a very short time to practice the technique of dropping these bombs from the right height and distance. They had to fly very low in their big Lancaster bombers in order to let the bombs go at as close to 60 feet above the water as possible.

This level of flight and the margins for error made this an uniquely dangerous approach for the bombers.

They would be receiving flak from anti-aircraft guns at an up close and personal range. In May of 1943 most of Europe was under German control. The planes of RAF Number 617 Squadron had to fly across Holland to get to the Ruhr Valley. John Leslie Munro’s plane was flying in formation number 2, which did not fare well.

When they crossed the Dutch coastline they were immediately hit with heavy anti-aircraft barrages.

Only one of the planes in John Munro’s group 2 was able to reach its targeted dam and complete its mission. 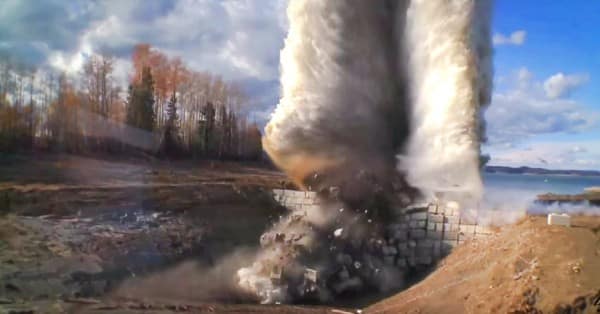 Re-creation of the damage of the bouncing bombs

Bombers from the other groups were able to get over their individual dam targets and to drop their new fangled bombs. They came in on their bombing runs, flying low and slow, one bomber following immediately behind the other. As they approached on their individual runs they took very heavy fire from anti-aircraft gun positions along the river and on the dams themselves.

Some of the bombs skipped completely over the dams, others struck too high on the dam faces, but enough of them were successfully deployed that eventually all three dams were breached. Those planes, then, in various conditions of damage had to fly back to England at treetop level. Two more Lancasters were lost on that return trip. Only nine of the original bombers had survived the mission.

A re-creation of the bouncing bombs done in 2011

The damage to the dams was catastrophic. When they were breached the Rohr Valley was inundated by a devastating flooding. Number 617 Squadron had accomplished its task. The German war machine was heavily damaged and reduced. This mission proved to be one of the most valuable and effective bombing missions of the war. Of the 133 men who flew out of RAF Scampton that day only 77 returned. Their mission was memorialized in a 1955 film called, The Dam Busters. Those of you who are old enough may remember that classic black and white movie. I know I do.

John Leslie Munro, the last of the pilots who were involved in Operation Chastise, died at the age of 96 on Monday, August 3, 2015.

His memory has been met with tributes from England to New Zealand. The men and women of John Munro’s generation met the challenge of WWII with courage, dedication to God and country and they defeated the tyrannical forces of German Fascism and Japanese Imperialism. 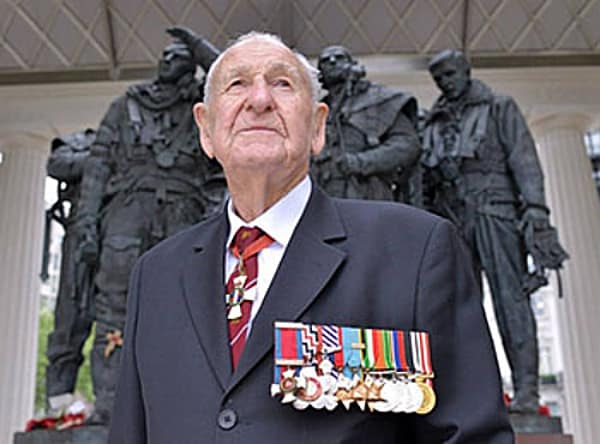 That war was truly a World War. Americans, Canadians, Brits and their commonwealth peoples, and others from all over the world pulled together, suffered together, and fought together to defend human freedom from the tyrannical forces of German Fascism and Japanese Imperialism. They were just regular folk hailing from small farms, towns and cities in their respective countries.

They did their jobs in the face of one of the bloodiest conflicts in history.

We have a duty to remember their sacrifices for we are the beneficiaries of those sacrifices. WWII veterans will not be with us long. Their numbers are small now and shrinking quickly. Let us remember them with our thanks and by imitating the values they fought to defend. They knew the priceless value of freedom intimately and they willingly paid the costs necessary to keep that freedom alive.

God bless them all.