Lt. Cmdr. Elizabeth Booker doesn’t just lead the way for women in the Coast Guard, her dedication and ingenuity are an inspiration to all. Apart from being highly decorated, Booker is responsible for the “Mom Book,” a resource that many women in the military have turned to for guidance and stories of pregnancy and aviation life. 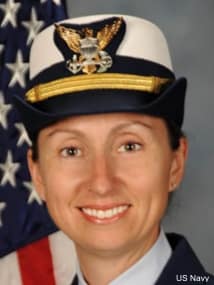 Booker joined the Coast Guard in 1999. With just a GED, she worked herself up the ranks from a non-rate enlistee to lieutenant commander, and eventually attended Harvard’s Kennedy School of Government. In 2008 she took on the role of leading over 1,200 pilots in the U.S. Coast Guard’s aviation program. Booker organized the Women in Aviation Conference and in 2010 was presented with the Captain Stratton Leadership Award at the Sea Service Leadership Association’s Women’s Leadership Symposium, where women in the Navy, Marines and Coast Guard were represented.

All new mothers in the Coast Guard receive a copy of Booker’s “Mom Book,” and she is respected for her wisdom by senior officers. 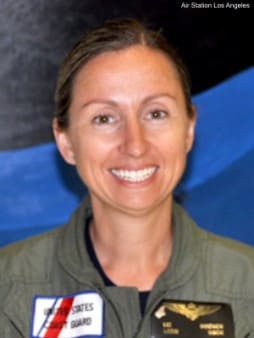 “Lieutenant Commander Booker is leading the charge for educating the Coast Guard on issues faced by female aviators and crewmembers,” said Capt. Steven Reynolds, chief of Officer Personnel Management and Booker’s previous supervisor. “If I could have a hundred of her I would. The Coast Guard would be a better place.”

During Booker’s service at Coast Guard Air Station Los Angeles, she managed all Coast Guard aviation missions, including search and rescue, law enforcement, marine environmental protection, maritime homeland security, and inter-agency operations. She was responsible for monitoring over 250 miles of California Coastline including one of the nation’s most vital maritime port facilities and second most congested US airspace, all the while training and working with her crew aviators.

Booker has been recognized as one of Working Mother’s “Most Powerful Moms” and has been responsible for some progressive advances in the military. She helped train the first black female helicopter and fixed-wing pilots in the Coast Guard.

Women have been serving in the US Armed Forces since 1901. As service members, they are, in theory, entitled to the same benefits as their male counterparts, but in practice, this is far from true because VA hospitals are critically understaffed and unprepared to address medical issues specific to women. Our female veterans deserve the same level of care and professionalism that goes into treating male veterans. By signing this petition, you can write to the Veterans Affairs Department, telling the VA to make sure female veterans get the care they need and deserve!