The terrorist organization Boko Haram has once again abducted a large number of girls from a school in Nigeria, according to official sources. The terrorist group, which is also known as the Islamic State of West Africa, abducted 276 girls from a Nigerian school in 2014. Now four years later, the Nigerian government announced that Boko Haram terrorists abducted 110 girls from another girls’ school on February 19.

This most recent attack and abduction occurred at the Government Girls Science and Technical College in Dapchi, Nigeria, less than 200 miles from the 2014 abduction in Chibok.

Muhammadu Buhari, President of Nigeria, said on Twitter, “This is a national disaster. We are sorry that it happened; we share your pain. Let me assure that our gallant armed forces will locate and safely return all the missing girls.”

Since 2002, Boko Haram has been responsible for tens of thousands of deaths, targeting civilians including women and children, with a focus on Christians and even Muslims they deem to be secular. A 2012 attack left 200 dead when terrorists targeted police and military personnel; in 2013 nearly 150 civilians were murdered at a fake checkpoint set up by Boko Haram insurgents; a two-day raid of Borno in 2014 left 400-500 people dead; and in 2015, during raids on villages in northern Nigeria, Boko Haram militants killed as many as 2,000 people. Those are only a few of the many atrocities committed by the terrorist group. 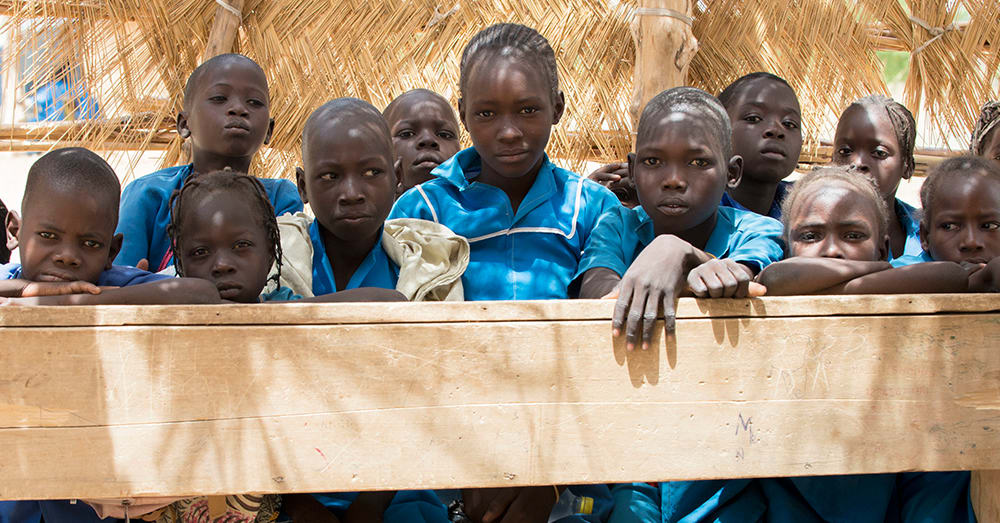 U.S. Army/Sean Kimmons — Students share a desk while attending a school in northern Cameroon, while an Army civil affairs team visited to see how they could help improve security against Boko Haram militants.

The name Boko Haram translates “Western education is forbidden.” The group promotes a version of Islam that forbids anything to do with western civilization such as voting, wearing modern clothing, or receiving a secular education. Instead, the group is trying to bring about a society strictly ruled by Sharia, or Islamic law.

Some of the nearly 300 girls abducted in 2014 were able to escape or were rescued from Boko Haram, but many are still missing and are presumed captives of the terrorists. Those that were able to escape have told horrific tales of how they were beaten and tortured and pressured to marry their adult captors and convert to Islam. 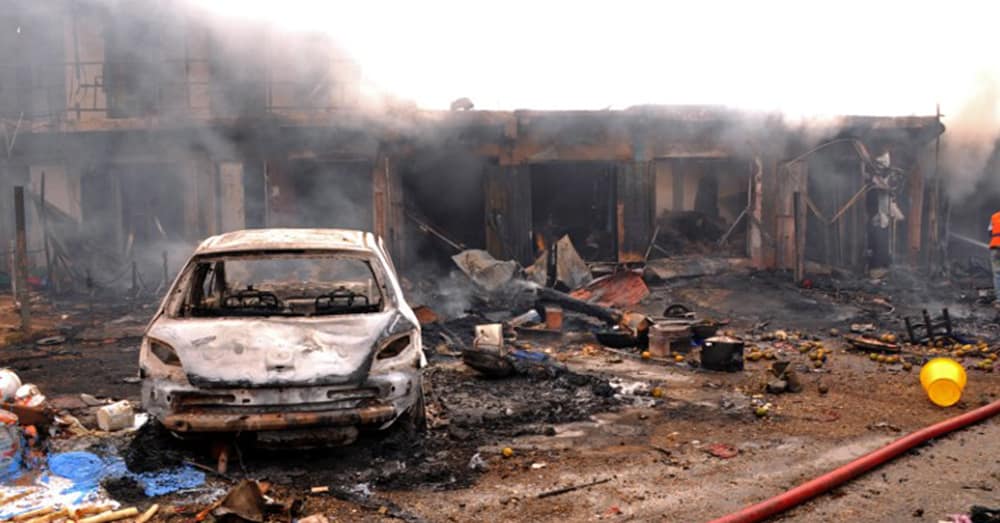 Flickr/Diariocritico de Venezuela — The wreckage of a charred vehicle remains in front of burning shops following a bomb blast at Terminus market in the central city of Jos,
one of many deadly attacks by Boko Haram terrorists.

The 2014 incident briefly caught national attention, but the group has gone widely unchecked. The Nigerian army itself recently pulled troops out of the region where the 110 girls were taken — which military leaders first denied — and the Nigerian government originally reported that there were no abductions following the attack in Dapchi. Only afterwards was it confirmed that more than 100 school girls were missing.

“I want the families of the girls yet unaccounted for at the Government Girls Technical College, Dapchi to know that no effort will be spared to ensure that all of them are returned safely, and the attackers arrested and made to face justice,” President Buhari said in another tweet. 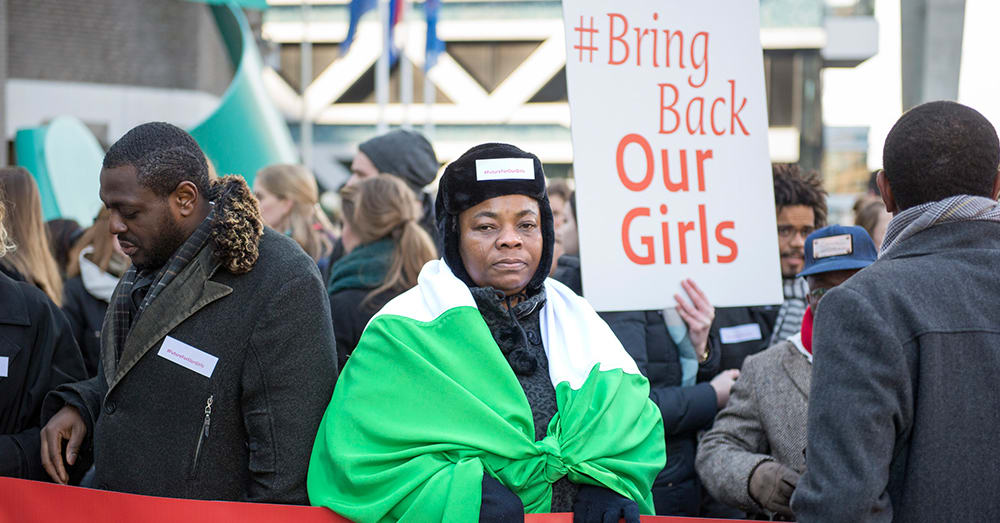 Flickr/Ministerie van Buitenlandse Zaken — A group in the Nethlands supporting the “Bring Back Our Girls” campaign to raise awareness internationally.

In the past decade alone, “thousands of girls, boys, women and men have been abducted by Boko Haram” and the group is responsible for the deaths of around 20,000 people since forming in the early 2000s. However, it was not until November of 2013 that the United States added Boko Haram to the list of terrorist organizations. A “Bring Back Our Girls” movement sprang up following the 2014 abduction of Nigerian school girls, and the families of the recent abductees are hoping the movement will again get international attention to help rescue those missing and bring an end to the series of terror.

Sign the petition on the next page, telling the U.N. to make Boko Haram a security priority!