Shortly after reporting stomach pains, a U.S. Navy sailor gave birth to a 7-pound baby girl aboard the USS Dwight D. Eisenhower while sailing in the Persian Gulf. The sailor and her healthy baby daughter were then airlifted to a hospital in nearby Bahrain.

An incubator to assist with the transportation to shore, along with diapers and formula, were flown to the USS Eisenhower shortly after the child was born on Sunday, Sept. 11, at 4:35 a.m. local time.

“As the baby was born at sea aboard an operational unit, the main focus for the U.S. Navy, the ship and its crew is the safety and well-being of the baby and the mother,” U.S. Naval Forces Central Command spokesman Cmdr. Bill Urban wrote the Virginian-Pilot. “The baby and mother have arrived in Bahrain via helicopter with a medical escort and have been taken to a shore-based hospital for follow on care.”

The aircraft carrier’s doctor had been certified to deliver babies, Urban said, although a birth hadn’t been planned for that day or any other day. The Navy requires sailors report any pregnancy within two weeks of a doctor’s confirmation. This sailor hadn’t reported her pregnancy, but it’s unclear whether she knew she was pregnant.

“While it would have been preferred to send her to her homeport earlier, per policy, we are now focused on caring for the health and welfare of our Sailor and the newest member of our Navy family,” Urban told ABC News.

The new mother’s name has not been released, but Urban has indicated that she is assigned to a squadron in Carrier Air Wing Three, which is involved in Operation Inherent Resolve, carrying out missions in Iraq and Syria. 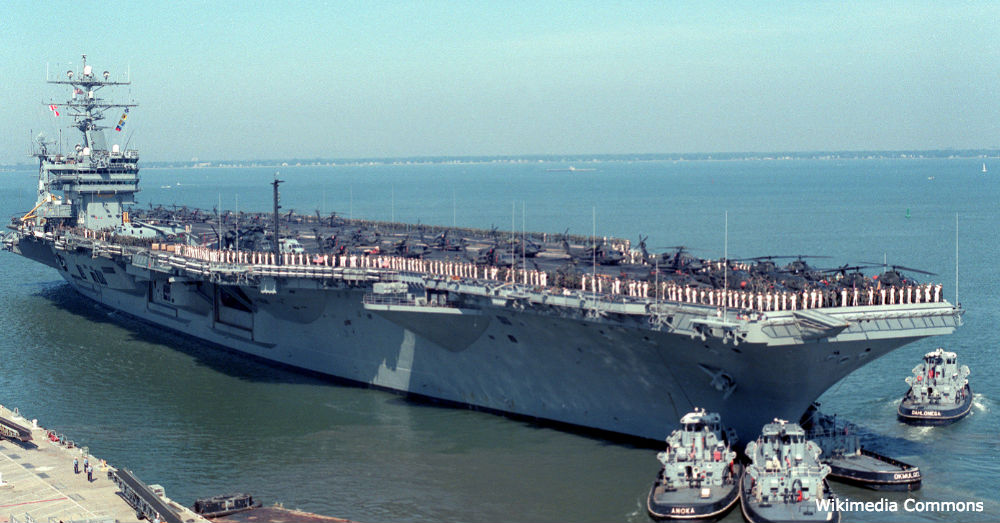 The last time a birth at sea was recorded was in May 2003. Acording to the Washington Post, a Marine gave birth while aboard the USS Boxer, sailing in the Persian Gulf.

While this mother and child are healthy and doing fine, the same is not the case for many women veterans seeking specialized care. According to a report by Disabled American Veterans, a third of VA medical centers lack a gynecologist on staff. Even the symptoms of everything from PTSD to heart attacks are different in women than in men. Thirty-one percent of VA clinics lack staff to provide adequate treatment for sexual assault, according to a recent report by the Institute of Medicine.

Tell the government to give women veterans the care they need and deserve!