It is not the same thing as being in one of these magnificent jets in this famous, highly skilled, Navy Blue Angels team, but it is as close as most of us will ever come.

This is an awesome view from inside the cockpit of one of the Blue Angel’s jets. And, it is silent.

You, of course, will not feel the immense g-forces as the plane flips over to fly upside-down in extremely tight formation. I mean mere inches. Nor will you feel them when it breaks off to do a steep climb, roll, and then come back down again to form up with the rest of the formation. But the visuals are stunning. 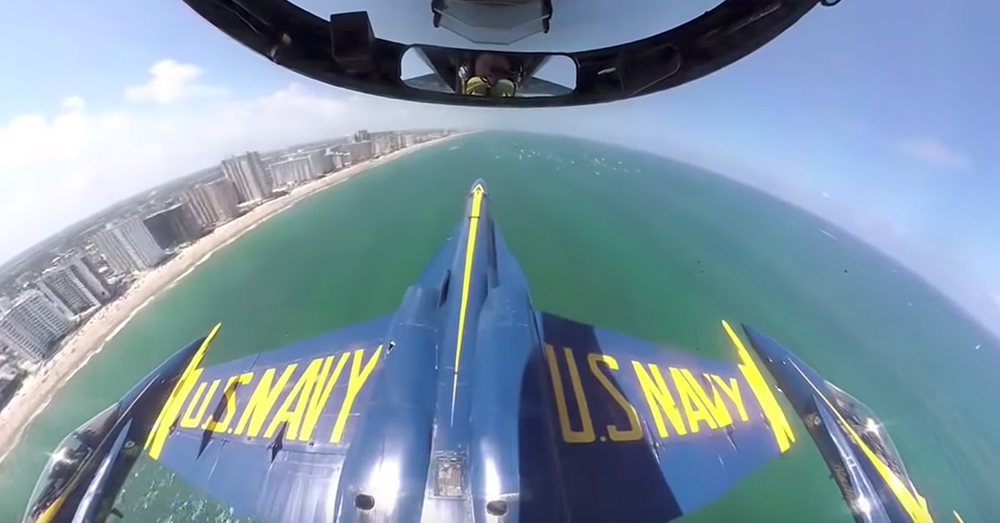 Years ago my wife and I and our two daughters lived in the Beacon Hill area of central Seattle, not far from Lake Washington that stretches for some 24 miles north to south, along the east side of the city. Every summer, in August, the city holds the Seafair Festival, which includes boat races on the lake and a daily air show put on by the Blue Angels. 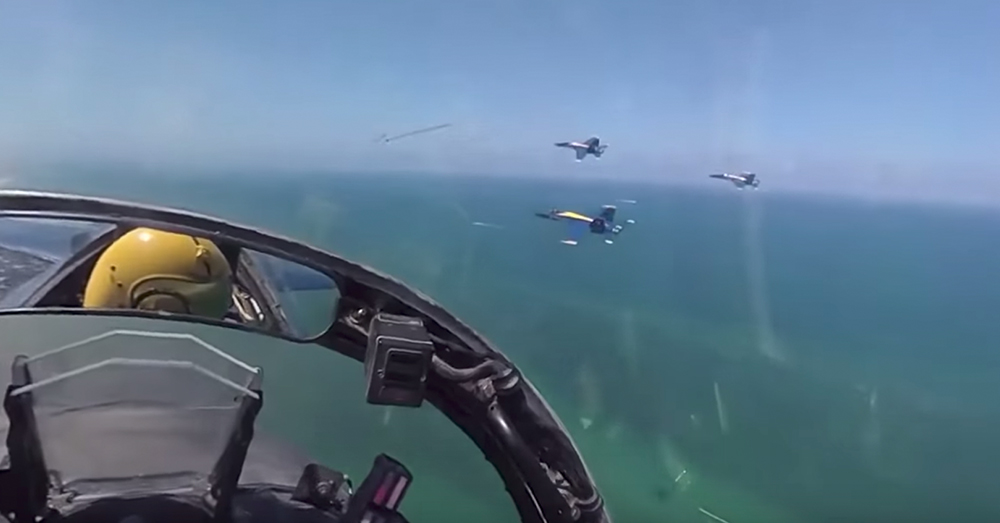 I don’t know about you, but I’m really jealous of this excited middle school teacher, and thrilled for her as well. She is obviously ready and excited for the experience.

Here’s the second part of her flight.

The Blue Angels always arrive at Boeing Field in South Seattle a few days early and would practice the maneuvers they would be doing daily over the area of the boat races. Some of those maneuvers would often bring one or two of the Angels sweeping low and fast over our neighborhood. They would be low enough that you could see the pilots in the cockpits, and the sound of those powerful jet engines would rattle everything.

It was always an experience of power, skill and speed. When they do their shows over the Seafair Festival coming in fast and loud, the crowds almost instinctively erupt in inarticulate shouts.

It’s as if they can’t help it.

Enjoy this short, but very exciting video. You will at least get a pilot’s perspective of the Blue Angels in action.

The Veterans Site thanks the Blue Angels for bringing their flying skills to the attention of the American people in the shows that they do all around the country each year. It is a thrill to watch and to hear the site and the sound of freedom.