America became a nation out of a desire to be free. Freedom is natural to the human soul. It is one of the highest ideals of human thought. This is true for every human being. There are few things valued so highly in humanity than liberty. Yet for some Americans, liberty was something that did not belong to them for the first 300 years of our history.

Generations of African-Americans knew only the bondage of slavery. Though the body can be held in chains, the heart, the mind, the soul of a human being cannot be so held. That natural desire for liberty was never more evident than in the African-American men and women who have fought so valiantly and given their lives so willingly for the cause of liberty, since the Revolutionary War itself.

Black soldiers, some of them slaves, fought at Lexington and Concord, and at Bunker Hill in 1775. Indeed, a slave by the name of Salem Poor, fought so bravely that 14 officers wrote the Massachussets legislature commending him as a “brave and gallant soldier” who deserved an award. Another slave, Prince Whipple, served as one of George Washington’s body guards. He served in exchange for his freedom. Many slaves fought for the nation’s freedom from England, but would not see freedom themselves.

Black soldiers, both free and those still bound by slavery, fought in the War of 1812. Free blacks fought in hopes of advancing their participation in American society, but would be met rather with a new era of prejudice and racial discrimination.

The inability of the Founding Fathers to address the issue of slavery back in 1783 would eventually come to a head with the American Civil War, the most violent, costly, and deadly war in our history. With the Emancipation Proclamation, and the Lincoln’s opening up the military to the recruitment of black soldiers gave African-Americans the chance to truly fight for their freedom from the bonds of slavery forever. The history of black soldiers in that war is full of tales of great courage, honor, duty and sacrifice on behalf of liberty. At one battle alone, the Battle of New Market Heights, the United States Colored Troops under General Benjamin F. Butler, earned 14 Medals of Honor in a devastating, fierce attack on Confederate troops defending Richmond, Virginia. 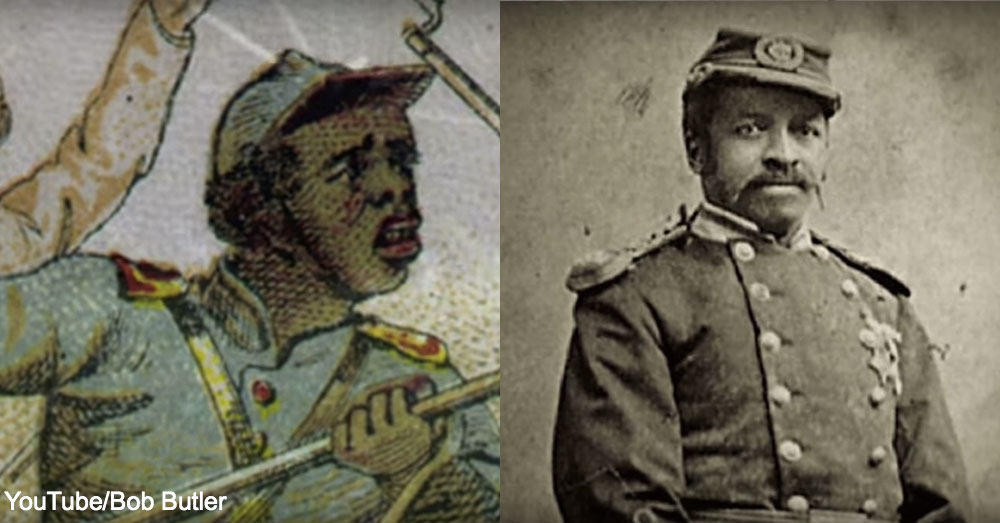 African-American troops after the Civil War fought as Buffalo Soldiers during the Indian Wars, and played an important role in the Battle of San Juan Hill in the Spanish American War. The bravery of black soldiers during WWI, who fought in segregated units and often under French generals is renowned.

It was not until WWII that Franklin D. Roosevelt ordered the military to be integrated. Since then black and white soldiers have fought next to each other in every war.

It is a great story, and there is more to be told.