Knowledge of history is important for individuals, communities, and for nations. It tells us who we are and where we’ve come from.

History reveals to us our strengths and our weakness and gives us a strong foundation to build upon and the incentive to protect and to promote that foundation for those living today and for those who hope for an even better future.

With that in mind, let me introduce you to two African American heroes of the 20th century: Clarence Beavers and Maj. Robert Lawrence, Jr.

These two men were true pioneers. Both knew and willingly took on the struggles and challenges that needed to be undertaken in order to begin to break down the thick walls of segregation and racial prejudice to open up opportunities for all who would come behind them. They each brought their own strengths and skills to their different endeavors and in their own ways made a real contribution to those who would come behind them. 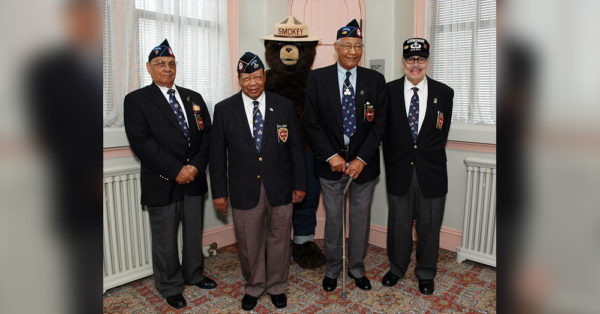 Clarence Beavers was born in Harlem in New York City in 1916. He joined the United States Army in 1941, which was still segregated at that time. In 1943, he was chosen, along with 19 other Black soldiers from the 92nd Infantry (Buffalo) Division to become a “test platoon” for Airborne Training. He and 16 of his fellow platoon members passed the rigorous training and became the foundation for the all-black 555th Parachute Infantry Battalion, which became known as the Triple Nickels, partially because of the numerical designation of the unit and partially because nickels at the time had a buffalo depicted on one side of the coin and were called “buffalo nickels.”

They were trained at Fort Benning, Georgia, where they caused quite a stir. Most soldiers and people in the area at that time would see the sky filled with white parachutes and presume that the soldiers underneath them would be white, but this was not the case. 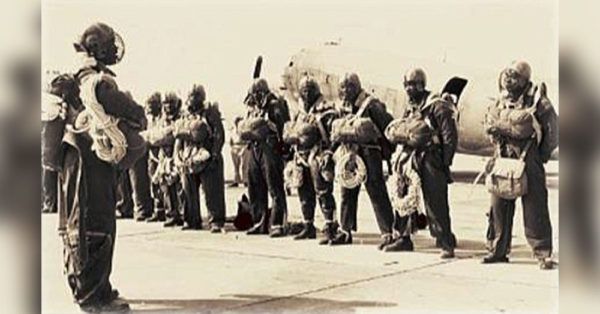 Even when they had passed and earned their wings, if they were a Lieutenant, a sergeant, or a private, they all still had to ride in the back of buses in town, and had to drink from “colored” water fountains, sit in segregated sections of movie theaters, and go out of their way to avoid confrontations with racist police. Black officers still found the base Officers Clubs closed to them.

But they endured with dignity and skill.

In the words of General Ben Lear, the troops of the 555th Parachute Infantry Battalion were, “as fine a group of soldiers as I have seen.”

Most of those chosen, like Clarence Beavers, were former university students, professional athletes, or top-notch non-commissioned officers. They were unusual too in that most segregated units at this time had white officers, but the 555th was led by Black officers. They were a true “all-black” unit. 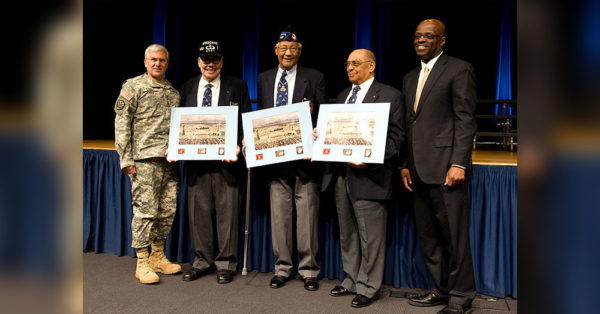 Source: Wikimedia Commons
Roger Walden, Walter Morris and Clarence Beavers, the three survivers of the original “The Triple Nickles” unit, pose for a picture with Gen. George Casey, chief of staff of the Army, during a recognition ceremony at the Pentagon, Washington D.C., March 25, 2010.

This new battalion would father several fighting units during WWII. The 555th Infantry Battalion, though prepared for fighting in Europe would, in 1944, be given a very different assignment. They were ordered to the American Northwest to fight forest fires that were started by Japanese balloon bombs. In the summer of 1945 the 555th received secret orders for a permanent change of station. They were stationed at Pendleton, Oregon and assigned to the 9th Services Command where they were trained by the U.S. Forest Service and became the first military smokejumpers.

They would go on to make over 1,200 jumps during the summer of 1945 putting out several very large forest fires that were started by those Japanese incendiary devices that were floated over the coast on balloons.

Beavers died on December 4, 2017 at the age of 96 in Huntington Station, New York. He was the last of the original 17 members of the 555th Parachute Infantry Battalion.

Our second hero is Air Force Maj. Robert Lawrence, Jr. He was America’s first Black Astronaut. Lawrence had a doctorate degree in Physical Chemistry, which was a rarity among test pilots at the time. By the time he was chosen by NASA to be an astronaut, he was already a senior USAF pilot having accumulated over 2,500 flight hours, 2,000 of which were in fighter jets. 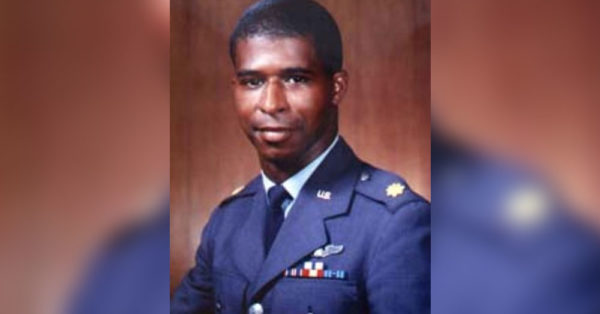 He was a test pilot for the F-104 Starfighter and for investigating the gliding flight of various unpowered spacecraft returning to earth from orbit, like the X-15 rocket. His efforts and research were instrumental in understanding the steep-descent gliding concept that would later be used by the Space Shuttle.

Lawrence, Jr. was selected by NASA in 1967 not long after he had completed the Air Force Flight Test Pilot Training Program, which made him the first African-American astronaut.

Sadly, Maj. Lawrence was killed on the 8th of December that same year. He was flying the backseat of an F-104 Starfighter as the instructor pilot for a trainee who was learning the steep-glide concept. The plane crashed at Edwards Air Force in California, killing Lawrence. The pilot trainee was able to eject and survived but suffered major injuries. 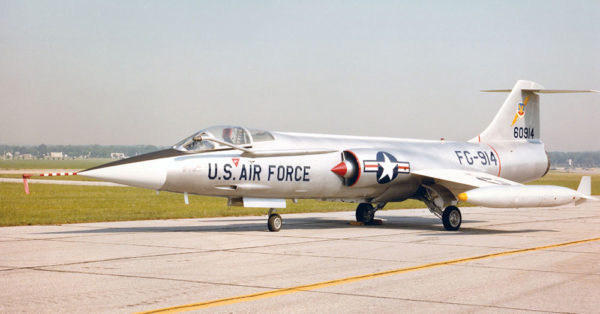 The Veterans Site wishes to extend its respect and thanks to these two great pioneers in American military and social history. Their courage, dedication, intellect, and patient endurance, opened opportunities and doors to countless others in both the military and the American Space Programs.

May they rest in peace.