In 1946, the United States came to the people of Bikini Atoll in the Marshall Islands with a proposition: if they evacuate their homes, the U.S. can perfect the nuclear bomb, and finally bring an end to humanity’s need for war. Residents agreed to relocate, confident they would soon return to their homes.

Over the next twelve years, the U.S. tested twenty-three nuclear bombs at Bikini Atoll, including a 15-megaton hydrogen bomb that resulted in the largest U.S. detonation in history.

Now, seventy years after the first bomb went off, researchers have re-examined Bikini Atoll’s radiation levels; they found that the islands are still too radioactive to inhabit, and that the people of Bikini Atoll must endure without a permanent home. 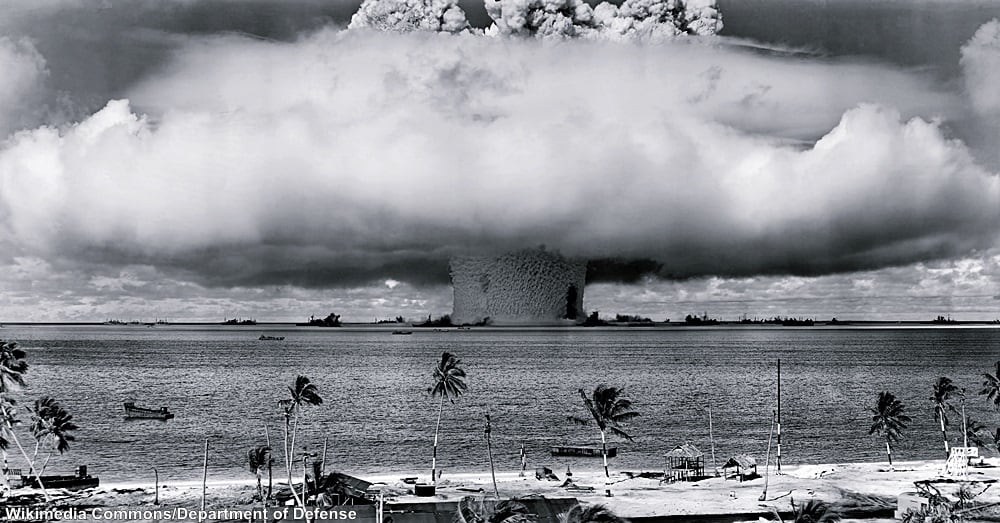 Besides their lasting radioactive presence, the nuclear weapons themselves had a devastating impact on the environment. The 15-megaton device used for the “Castle Bravo” test resulted in a 50-kilometer blast radius, destroying coral ecosystems, decimating life for miles around, and poisoning the land and water for decades to come.

In the early 1970s, the U.S. declared Bikini Atoll safe to re-establish, and people started to move back to the islands. This turned out to be a huge mistake.

By 1978, residents were once again evacuated, this time because of exposure to dangerously high levels of radiation. The atoll remains uninhabited nearly forty years later — for now, it will remain vacant.

When a team of Columbia University researchers went to the Marshall Islands to conduct tests for radioactivity, they found that — while the other affected islands have mostly returned to normal — the Bikini Atoll measured an average of 186 millirems per year (mrem/y) of gamma radiation. For comparison, the unaffected Majuro Atoll measured 13 mrem/y, while New York City’s Central Park showed only a 9 mrem/y average. 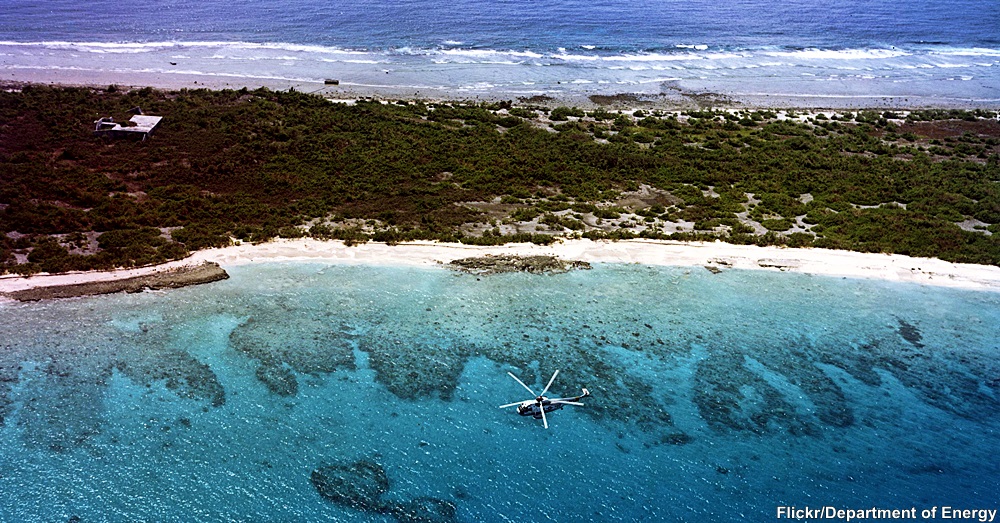 The fallout at Bikini Atoll shows us that there simply is no sense in using these massively destructive devices. Aside from local deaths and the decades-long destruction of the atoll, a 2002 report found the nuclear tests at the Marshall Islands were responsible for the deaths of 11,000 U.S. citizens.

At Hiroshima and Nagasaki, the only major cities to be attacked with nuclear blasts, death tolls reached at least 140,000 people, but most likely affected many more. Over 15,000 nuclear weapons still exist across nine different countries.

The only real justification for having a nuclear weapon is military deterrence, which is morally flimsy at best; Russia and the United States have a combined 14,270 nukes — a result of the Cold War. 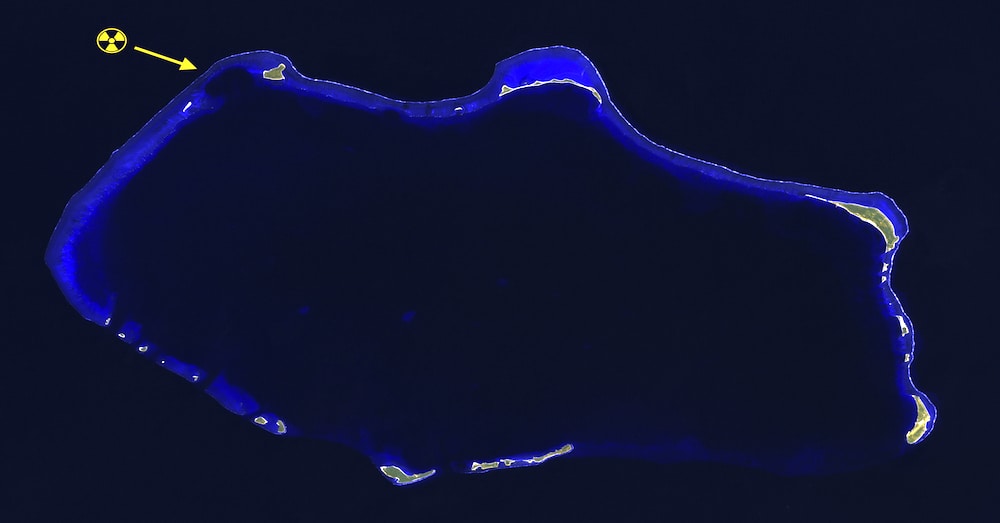 If only a small percentage of these bombs were to be detonated, we could send the planet into unprecedented climatic disaster. But despite strong anti-nuclear rhetoric from President Obama in 2009, his administration has overseen the least amount of disassembled warheads of any other presidency since the end of the Cold War. Meanwhile, nuclear weapons-holders and their allies recently opposed a treaty proposed by non-nuclear nations to ban the devices, citing the need for deterrence.

Though it may not be soon, we can only hope that one day the world’s nuclear powers look to the Marshall Islands, to Nagasaki and Hiroshima, and realize that they can put an end to the most destructive force on the planet. Hopefully they will realize fear is not the answer, and only peace can protect our species, the environment, and the future of our planet.