He Broke Down Racial Barriers, Saved Lives, And Made The Ultimate Sacrifice

There are 645 names that belong to Hospital Corpsmen listed on “The Wall,” the Vietnam Memorial in Washington, D.C.

Each one was a beloved and trusted brother to his Marines. All of them served with their Marines with courage and dedication, skill and care. In turn, their Marines protected them and counted them as one of their own.

This is just one of those stories.

On Jan. 15, 1955, Bienvenido Dona, a Filipino from Cagayan de Oro City in northern Mindanao in the Philippines, enlisted in the United States Navy. 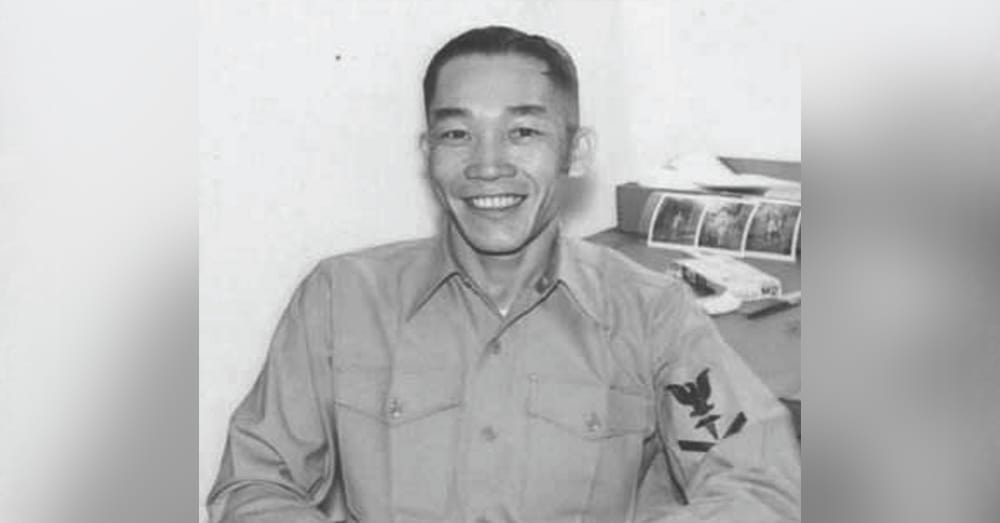 This was not unusual.

In that year alone, 1,000 Filipinos joined the U.S. Navy. However, in the 1950s, opportunities were limited for Filipino enlistees. Almost all would serve as Mess Stewards, both onshore and onboard ships. They cooked and cleaned and did general service for the officers and crews.

But Dona was unusual.

He would go from steward to striker and eventually he would enter Hospital Corps School at San Diego. He was one of the first Filipinos to be able to do this. He would serve as a Hospital Corpsman for awhile at Naval Hospital San Diego, but eventually received orders for Field Medical Service School at Camp Pendleton.

On May 19, 1965 he was assigned to Headquarters and Service CO. (H&S) 3rd Bn, 7th Marines (Rein), Fleet Marine Force (FMF) and went to Vietnam. Exactly ten years after he had enlisted in the U.S. Navy, he found himself, on January 15, 1965, on patrol near Phu An, a village north of Saigon. His platoon was suddenly attacked and hit with a “withering volume of small arms and automatic weapons fire.” 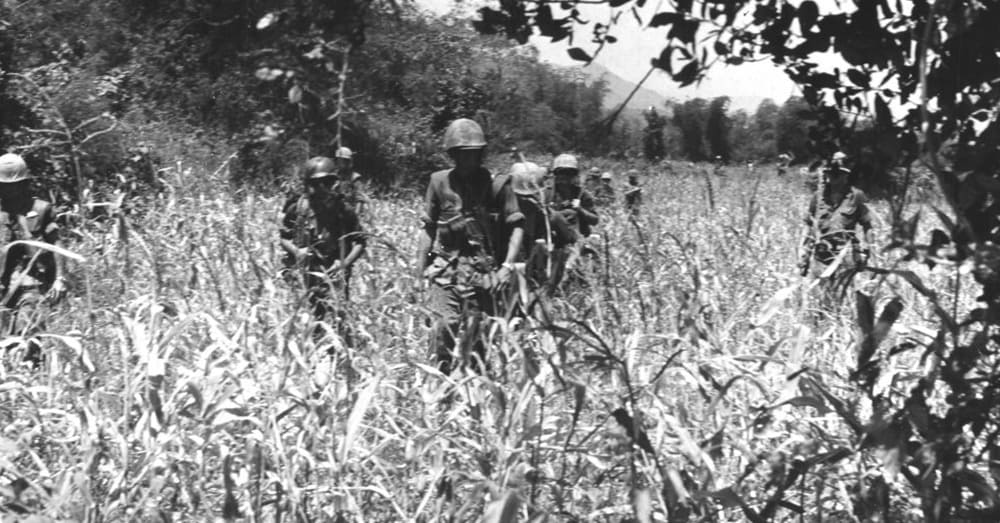 Corpsmen are trained in the arts of healing and first aid, but carrying out those duties under fire, in actual combat situations, is an entirely different kind of thing. There seems to be something in the DNA of Corpsmen that comes to play in these situations; a wounded brother needs him. There is no one else who can do for that wounded Marine what he can do. And every second counts from point of injury to the first aid that is given in the field under fire, to the medevac and the superior care that is available in the rear.

What happens in those first moments is often critical to the survival of his brother Marines.

On this occasion, his first combat experience, Dona did what a Corpsman is trained to do. He responded to the call, “Corpsman Up!” He went to work.

In this case, he was seen running through 100 meters of furious enemy small arms fire, disregarding his own safety, to get to a wounded Marine. He provided first aid to several of his brothers and supervised their evacuation to safety. 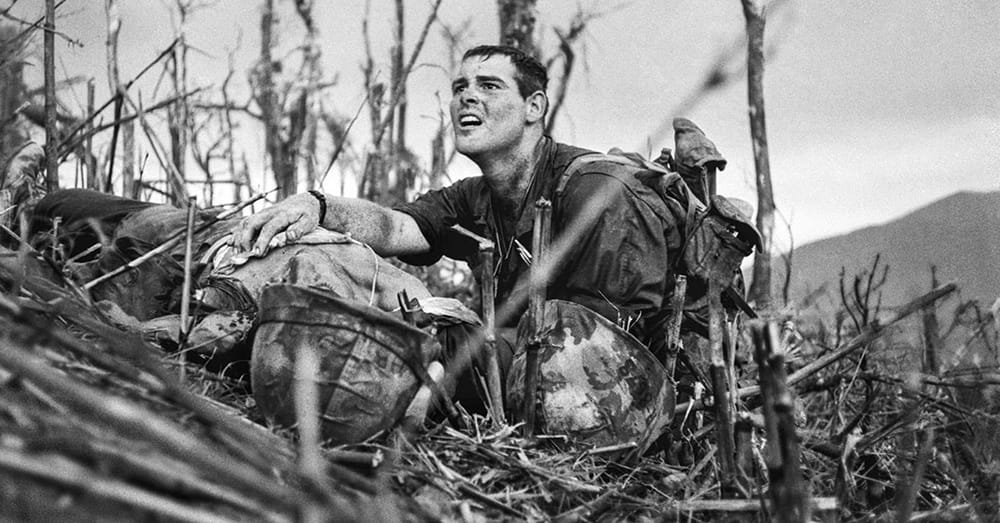 Source: flickr/manhhai
Corpsmen are trained in the arts of healing and first aid, often under extreme pressure.

On a “Search and Clear” mission in Quang Ngai Province on March 23, 1966, HM3 Dona was shot and killed while treating some of his wounded Marines. For his actions, he was posthumously awarded the Silver Star.

HM3 Bienvenido Dona was beloved by his brother Marines and his fellow Corpsmen. His body was returned to his hometown of Cagayan de Oro accompanied by fellow Hospital Corpsmen.

HM3 Dona joined the Navy for the same reason many of us did, “to see the world.” He escaped the usual limited opportunities available to Filipino enlistees at the time to enter one of the most honored and decorated ratings in the United States Navy, the Hospital Corps. 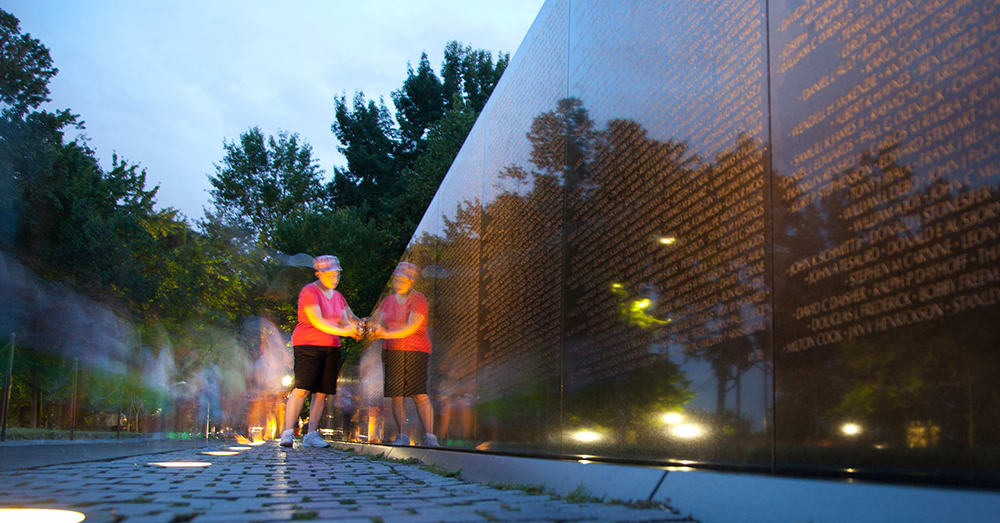 His name is among those that have written the pages of Fleet Marine Force Corpsman history. He made history as a Filipino in the Navy as well.

The Veterans Site extends its honor and respect to HM3 Bienvenido Dona, a Corpsman’s Corpsman. We thank him for his service to the country, for his determination to rise above the limits that were available to him, and for his dedication to his Marines. We will never forget.