A couple of years ago I wrote about Senior Chief Petty Officer Bernard C. Webber of the United States Coast Guard and the rescue that he and three other Coast Guardsmen, all volunteers, participated in back in 1952 off the coast of Cape Cod, Massachusetts. That was just before the movie, “The Finest Hours,” which was based on this rescue, came out.

If you remember, then Petty Officer 3rd Class Webber, was ordered to go out into the chaos of a severe Nor’wester storm that had been raging off the coast of New England for several hours to attempt the rescue of 33 survivors of a tanker that had broken in half in the high seas and winds of the storm. Those survivors were stranded on the broken half of the tanker ship SS. Pendleton, that remained afloat but powerless. Three other Coast Guardsmen volunteered to join Webber on that seemingly insane rescue mission.

They set out in their 32 foot Rescue Boat, CG-3500, into the teeth of the raging storm. They encountered 60 foot waves as well as the fierce winds that were pushing up those waves. 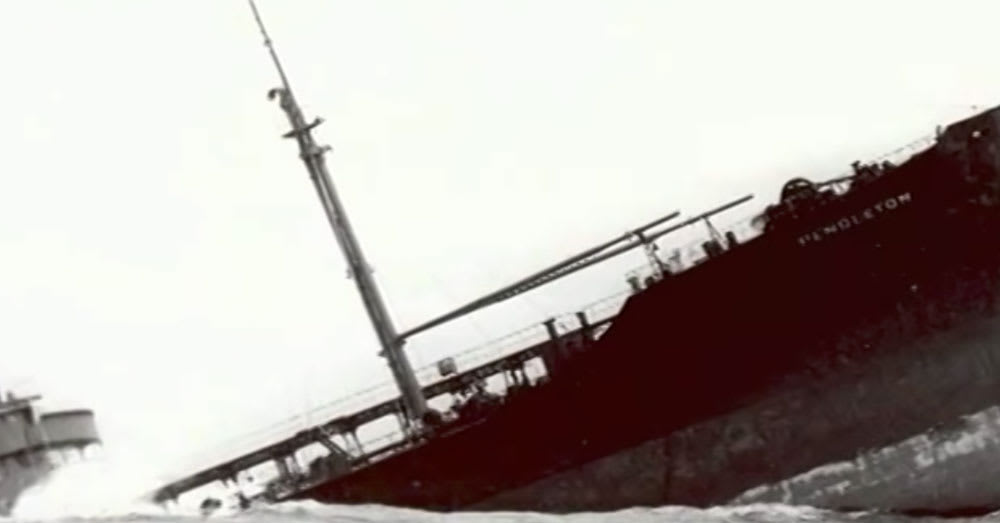 They lost their windshield and their compass early on and Webber had to get to the bobbing half of the SS. Pendleton by dead reckoning. Somehow they were able to find the wreckage and were able to rescue 32 of the 33 men who had been stranded on that half of the broken Pendleton and bring them back through the storm to the safety of the Massachusetts coast. The last man down the ladder had fallen from it and several attempts were made to recover him but, sadly, failed.

Their successful effort in rescuing those crewmembers of the Pendleton is considered the greatest small boat rescue in the long history of the United States Coast Guard. 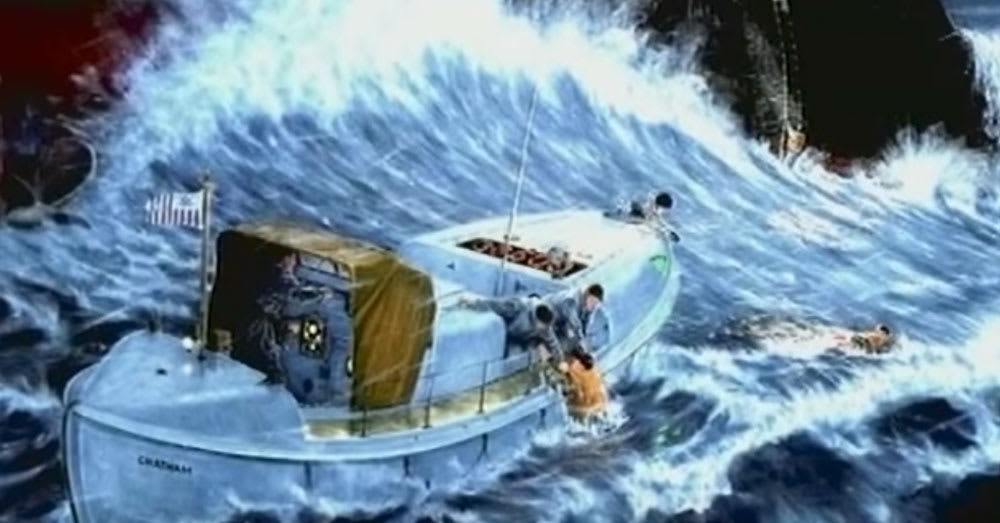 Source: YouTube/NavySNAmedia
The heroics of Webber and his fellow Coast Guardsmen are peerless.

For his courage, determination and skill on that rescue, Webber was awarded the Coast Guard’s highest medal for bravery, the Coast Guard Gold Life Saving Medal. When he found out that he was going to be the only one of the crew to receive the award he refused it, unless and until the other three members of his crew that difficult night received it too. All four were finally awarded with the Gold Life Saving Medal. 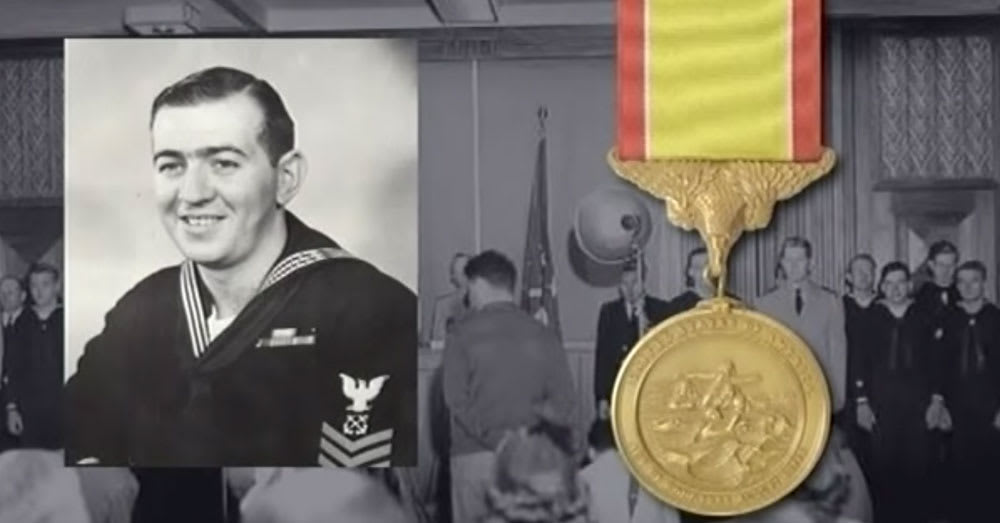 Webber wrote an account of the rescue later in his life called “Chatham: the Life Boatmen,” and the exploits of the crew were made into the excellent movie: “The Finest Hours.”

The Coast Guard memorial service for Bernard C. Webber is included in this video.

The Veterans Site sends its condolences and its deep respect to Warrant Officer Webber’s family. He was a role model and an excellent mentor for the United States Coast Guard men and women that followed him in that service. He was the example of the Coast Guard Motto: Semper Paratus, Always Prepared.