The Washington Times reported on November 16, 2013 that a United States Marine assigned to Delta Force had been awarded the Navy Cross, the nation’s second-highest award for valor, for his actions in defense of the U.S. Embassy Annex in Benghazi, Libya.

The majority of Americans may not know this. Chief among the reasons why is the fact that the awardees, one Army soldier and one Marine, were members of Delta Force at the time. Their names and the circumstances describing their heroic actions were not released because of security and privacy concerns. The other reasons are of a different sort.

Delta Force Command awards are usually kept classified because their assignments are most often done “in the shadows, and sometimes with great autonomy.” They are a unique anti-terrorism force within the Joint Special Operations Command assigned with hunting down terrorists anywhere in the world. Delta Force is usually thought of as an Army unit, but it has recently been made up of qualified commandos from the other services as well. 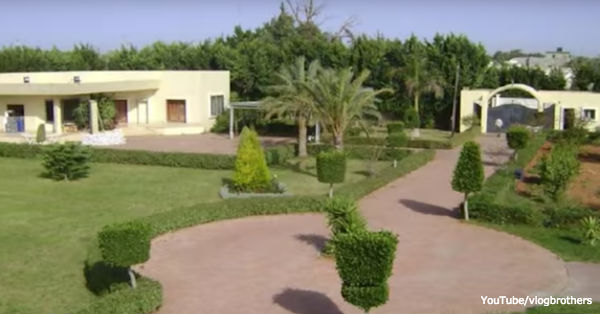 The American Consulate in Benghazi, Libya before it was attacked.

This Marine was the first USMC member of Delta Force to be awarded a medal for valor.

What the Washington Times was able to report is that these men were involved in the events that took place in Benghazi at the U.S. Embassy Annex on September 11 and 12, 2012. They fought to save the lives of those who were at the diplomatic mission there. The Washington Times reports that their involvement and actions have “never been disclosed by the Obama Administration, or at open Congressional hearings and was not included in the State Department’s official report on the attacks at the mission in Benghazi.”

What we do know is that this Delta Force team was dispatched to Benghazi from the Embassy in Tripoli, Libya and that they faced a daunting mission both in getting to Benghazi and when they arrived there. They first had difficulty getting a plane to Benghazi as the plane assigned to the Embassy had been taken away by the State Department, which had also “pulled military site security and civilian diplomatic security officers despite warnings from U.S. personnel in Washington that Benghazi was becoming a war zone and increasingly unsafe,” according to the Washington Times.

They entered Benghazi at around 1 a.m. on the morning of the 12th but were stymied by chaos in the city. They had a difficult time discerning who was friend and who was foe between the Al-Qaeda inspired militants and the “friendly” militia forces. They were finally able to get to the annex at around 5 a.m. and began to fight alongside the CIA security personnel at that time. 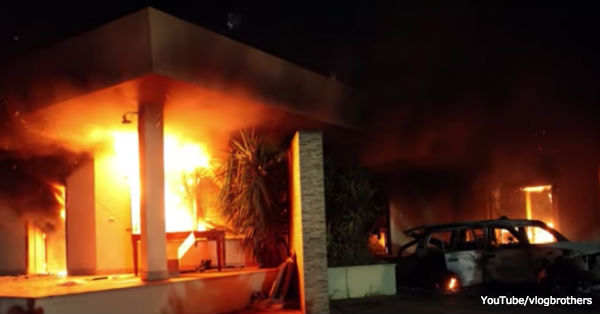 The embassy annex was firebombed and destroyed.

By the time they arrived, Ambassador J. Christopher Stevens and his aide Sean Smith were already dead. Soon after, three mortar rounds landed on the roof of the annex, killing two former Navy Seals and CIA security personnel, Glen Doherty and Tyrone Woods. The Delta Force members were able to move their bodies off of the roof and to get enough control of the situation to help some 30 Americans get to the Benghazi airport and safety.

The Marine who was awarded the Navy Cross was from the United States Marine Corps Commando Command of the USMC Forces Special Operations Command at Camp Lejeune, NC.

Though we do not know the names of these two Special Operators, the Veterans Site wishes to express its respect and thanks to them for their courage and commitment to duty during those terrible events. We honor you for your commitment to your brothers and to your country. Your actions on behalf of your fellow Americans over those long hours, though done anonymously, are deeply appreciated and honored.