Hell was breaking loose all over the length and breadth of South Vietnam. And U.S. forces stood up to the challenge with both great skill and great heroism.

Out of the many battles came real examples of American courage. Among them was Sgt. Roy Benevidez, a Special Forces warrior of truly uncommon stock.

Benevidez was awarded the Medal of Honor for his seemingly superhuman actions in a battle against superior and well armed NVA troops in 1968. This video includes the MOH award ceremony held many years later. Then President Ronald Reagan, in his comments, gives you the details of Sgt. Benevidez’ actions that day. When you hear what he did you will shake your head both in disbelief and awe. 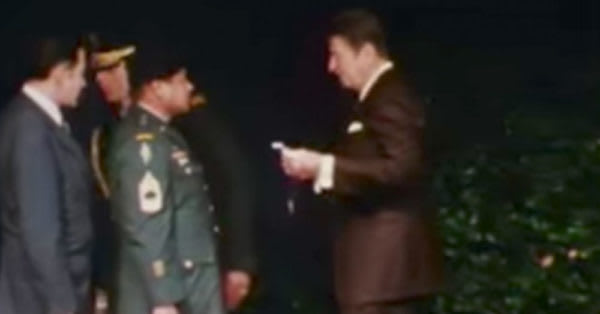 It is followed by a speech that Benevidez gave at an event some years later. In it you will come to know Sgt. Benevidez as a simple, honest, humorous, and more importantly, a humble man. You will see in him something truly noble and good.

The Veterans Site sends its gratitude and its respect to Sgt. Roy Benevidez. You have shown us what it means to love your neighbor as yourself.