It took a single terrorist on a suicide mission, driving a truck full of explosives up close to the Marine Barracks in Beirut and blowing himself up to cause this loss.

The explosion happened at 6:20 a.m. and when the dust settled, the building that had been the barracks for the Marine Corps Peacekeeping Mission, had been turned into rubble. 241 military personnel were asleep in that building when the explosion occurred. Of the 241 killed, 220 were United States Marines, 18 were Navy Fleet Marine Force Corpsmen, and 3 were U.S. Army soldiers.

It was the first major terrorist attack conducted against Americans. 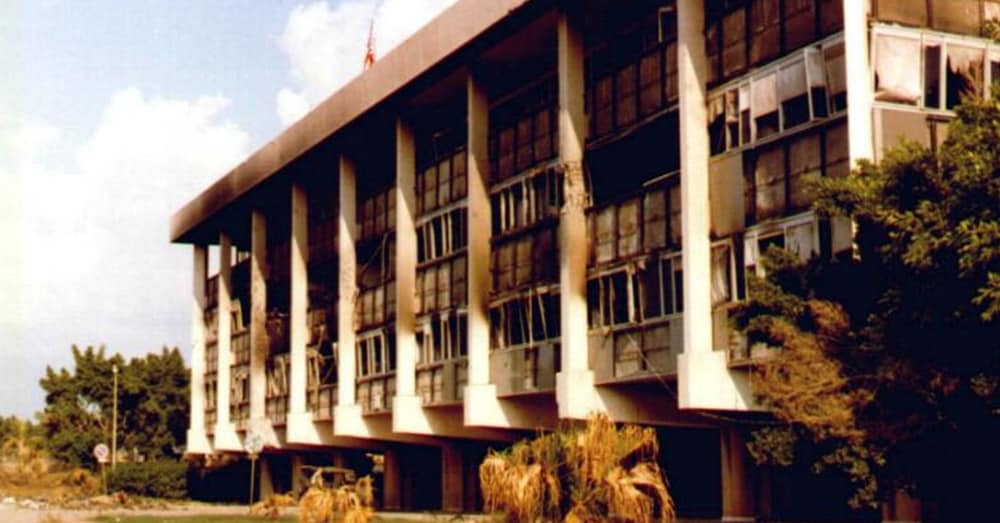 One of the Corpsmen who was assigned to this Peacekeeping Mission was the then 22-year-old Ed Brown. At the time of the explosion he was, as luck would have it, on duty about 100 yards away in the Sick Bay. He had been assigned the evening before to take the overnight sick call duties there, in case anybody needed medical help during the night. He was asleep on a stretcher at 6:20 in the morning when the massive explosion blew him out of his rack.

Like all Corpsmen, he reacted instinctively and ran toward the explosion, in the direction of the Marine Barracks. He said in a Navy Times interview, “We took off toward the building. It was just gone…We treated several casualties, or attempted to. Some were untreatable.” 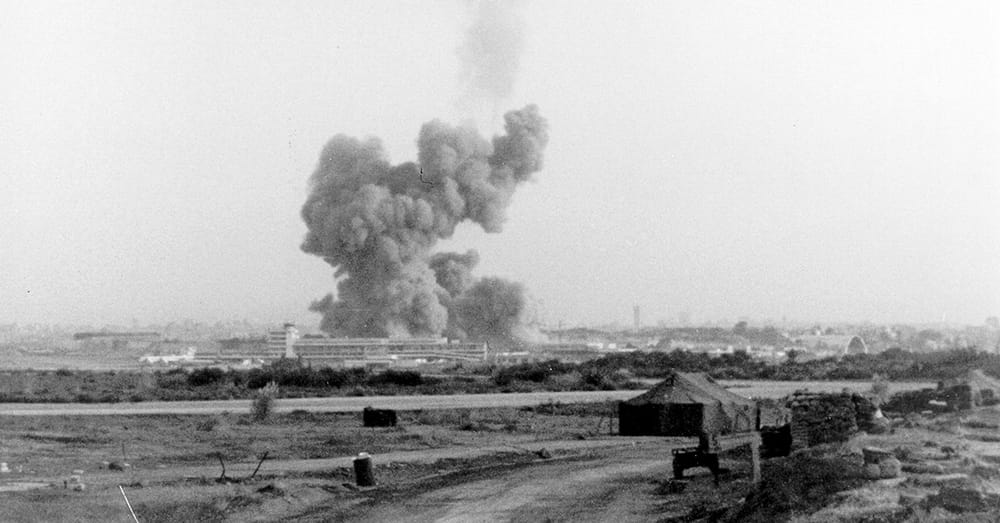 Source: Wikimedia Commons
The explosion of the Marine Corps building in Beirut, Lebanon on October 23, 1983 created a large cloud of smoke that was visible from miles away.

The memories of a day like that do not leave a person. And so it is with retired Navy Corpsman, Ed Brown. Brown is currently walking from his home in Milton, FL, near Pensacola to Jacksonville, NC, where the sprawling Camp Lejeune Marine Corps Base is. He is doing so for a reason; to recognize the families of those who died in that bombing in Beirut 35 years ago.

He is quoted in the Navy Times article saying, “I am doing this in honor of the 241 families who lost their sons, brothers, fathers there. All these national events, Veterans Day, Memorial Day, they never recognize Beirut. The purpose of this journey is to recognize the families.” 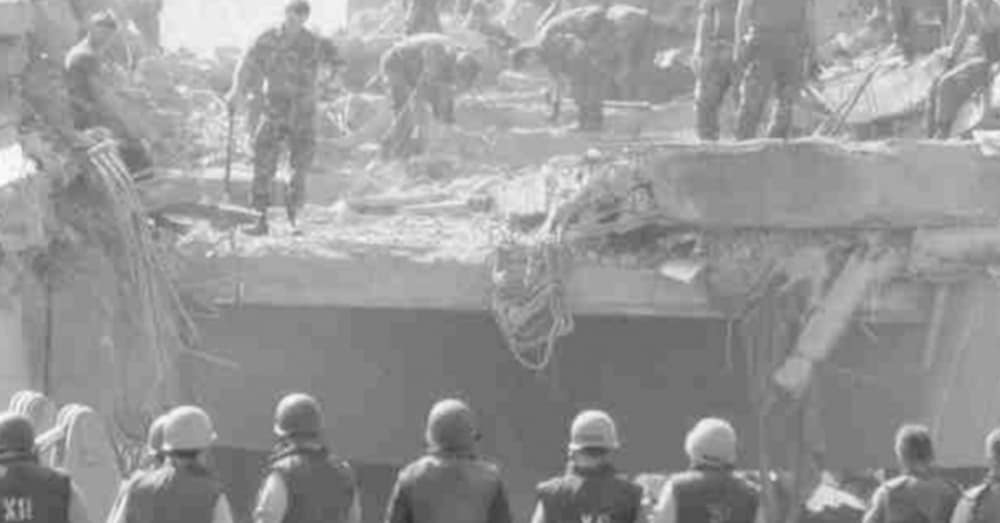 He is also raising funds for the Beirut Veterans Scholarship Fund through his Facebook page. Brown is has been averaging 24.1 miles per day in his walk to symbolically remember the 241 of his own military brothers who died in that explosive moment of that terror attack on October 23, 1983.

He was there, too. 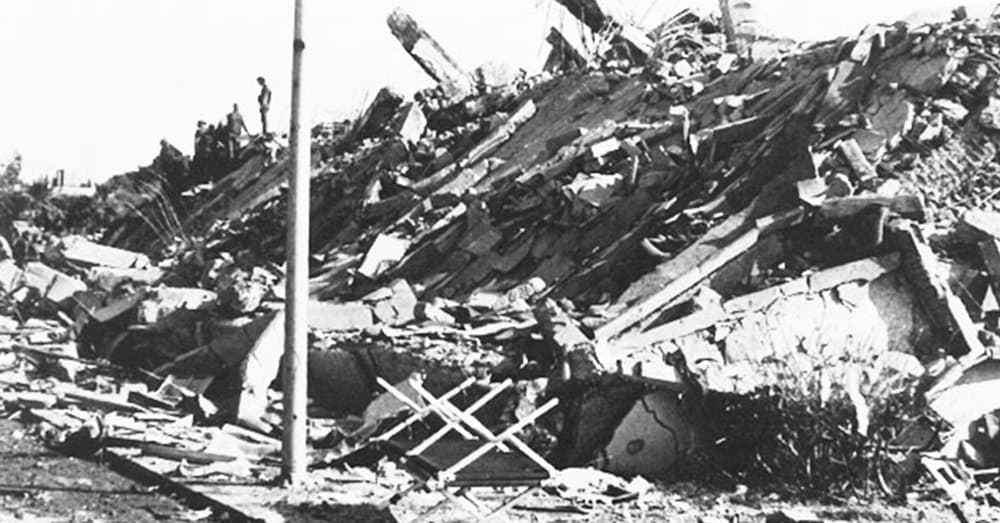 Like all FMF Corpsman, he was as much a Marine as all the Marines and fellow Corpsmen who died that day. They were his brothers. As a Corpsman, it is hard enough to lose one or two of your men in battle, but when that happened, he lost all of them. Brown hopes to arrive at Camp Lejeune on the 23rd to participate in the commemoration ceremony that will be held in honor of those Marines who fell in the Marine Barracks in Beirut 35 years ago.

The great irony, of course, was that all of those Marines were there to act as Peacekeepers between warring islamic factions. The massive destructiveness of that single moment in time was, and remains beyond our comprehension. In one tick of time, in one massive flash of explosive power, 241 lives were gone. 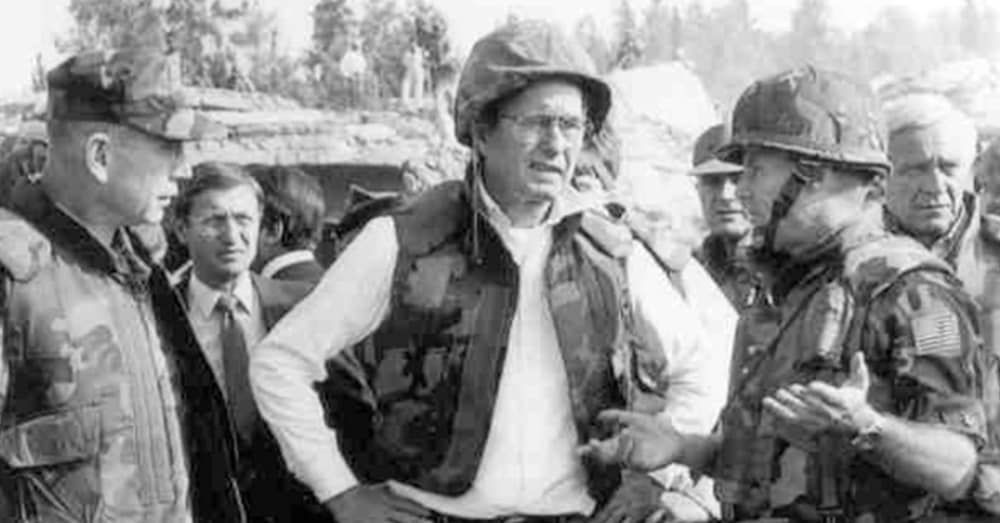 It wasn’t the result of some great battle. Those Marines, Corpsmen and soldiers weren’t there to conduct war, but to try to maintain a very tenuous and fragile peace.

But there is another reality to deal with here too. Most people do not remember this event. Maybe it’s because it did not happen within the context of a war, it has fallen between the cracks of history and become a forgotten event. That is why former Navy Corpsman, Ed Brown, is taking this long walk to Camp Lejeune. 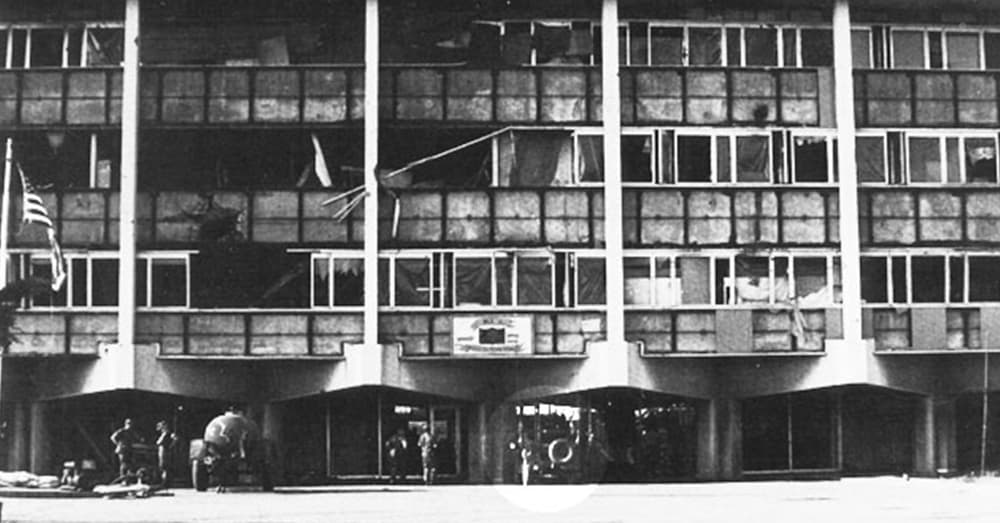 Source: Wikimedia Commons
The front entrance of the BLT headquarters building in August 1983 when occupied by BLT 1/8. The truck bomb entered at the point where the jeep is shown parked.

As Brown said, the event is rarely, if ever, remembered, even on the occasions of our veteran related national holidays. The loss that the families of those 241 Marines, Corpsmen and soldiers was as great as any family who has lost their sons/daughters, brothers/sisters, fathers/mothers in combat in any of our wars. Brown, in undertaking this walk, is honoring his fallen brothers, keeping their memory before us and recognizing the loss that those 241 families still live with today.

Learn more in the video below:

The Veterans Site sends its thanks to retired Corpsman, Ed Brown, for reminding us of the great loss we all suffered that day in Beirut, Lebanon 35 years ago. We send our condolences to the families of the 241 who fell that day and we promise to never forget. We promise to remain Semper Fidelis with our fallen brother Marines, Corpsmen and the three soldiers who gave their last full measure of devotion on October 23, 1983.