My Uncle was an LCI (Landing Craft Infantry) driver in the Pacific during WWII. He put Marines ashore on many of the islands during the Pacific campaign to defeat the Japanese.

Those landings were among the bloodiest and most hard fought efforts of the war. Those craft with their flat bows that would drop down when the craft got to the beach were primitive in comparison to what you will see in this video.

The modern US Navy Landing Craft Air Cushion (LCAC) puts a whole new wrinkle into the way Marines are brought ashore in today’s navy. The LCIs of WWII were built flat bottomed in order to get the Marines to the shallow beaches, but in a couple of the landings on those Pacific islands almost failed because they got caught up on the reefs offshore at low tide and the Marines had to wade ashore wearing their full packs, under withering enemy machine gun fire. 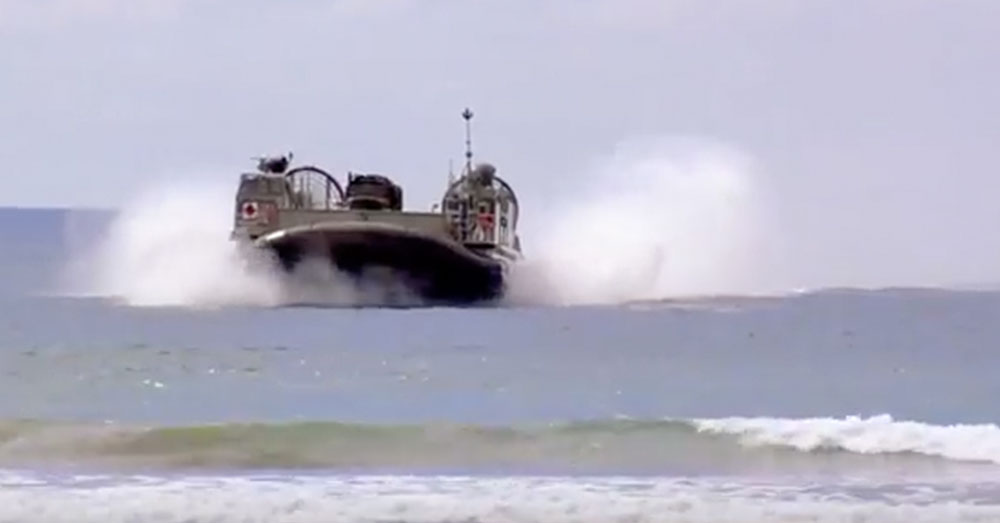 Because these new Landing Craft Air Cushioned behemoths are far more agile and powerful, they are able rise up over obstacles like reefs on a cushion of air and to roar right up onto the beaches delivering heavy weaponry and Marines with speed and aggressive force. They carry their own offensive and defensive weaponry as well.

The Navy/Marine Corps combination is even more effective and lethal than it has ever been with this new assault forces delivery system. The Marine Expeditionary Units stationed with the fleet are more capable and ready for this kind of assault than they have every been. The Navy’s ability to bring Marine fighting units to anywhere in the world at a moments notice is enhanced by these new landing craft.