A building project in the city of Monterrey, Mexico in 1996 uncovered remains of bodies buried near the site of an old tannery where the fiercest fighting during the Battle of Monterrey took place in the early stages of the Mexican-American War. Further remains were found over the next 16 years.

Negotiations took place between the Mexican government and the U.S. State Department for a number of years and were recently finalized, allowing the remains of the American fallen soldiers to be repatriated. The Mexican government wanted to be sure that no Mexican soldier’s remains would be accidentally sent to the U.S.

That Battle of Monterrey took place over three fierce days of fighting from September 21st to the 24th of 1846. The American troops were made up of a mix of regular soldiers and volunteer militia soldiers under the command of Gen. Zachary Taylor, who would go on to become President of the United States after the war was over. 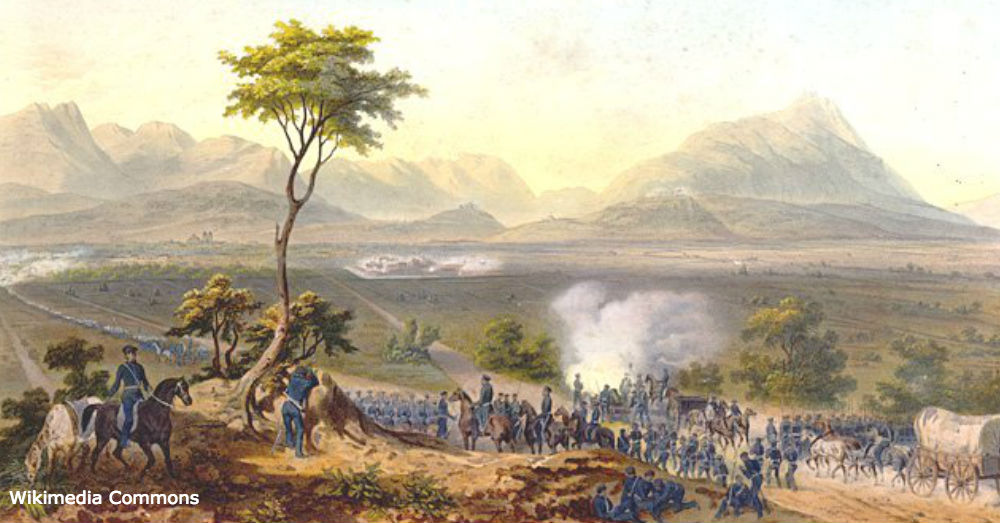 At the end of the three-day-long battle, American forces had lost 120 men killed in action, 368 were wounded, and 43 were listed as missing in action. The Mexicans suffered 367 dead.

The forces under Gen. Taylor included volunteers from the 1st Tennessee Regiment, a militia unit that was attached to the 2nd Brigade of the 1st Volunteer Division. There were some 30,000 volunteers from Tennessee, the Volunteer State, serving in the American Force during the Mexican-American War; 35 of these men died while serving there. The bodies that were discovered by the building project in Monterrey in 1996 were believed to be from the Tennessee unit. The remains were found nearby the old tannery, where some of the toughest fighting during that battle took place. The Tennessee volunteers were the major contingent in that part of the battle.

The Mexican-American War is a controversial time in our history because it was motivated by the then dominant thinking of the time — Manifest Destiny. As we know, the war ended with the Treaty of Hidalgo, signed on Feb. 2, 1848, which transferred vast Mexican territory to the United States. That territory included what would later become the states of New Mexico, Arizona, Colorado, Utah, Wyoming, Nevada, and California.

The men who volunteered for the 1st Tennessee Regiment were mostly farmers and craftsmen from central Tennessee. They believed that they were fighting in defense of their country when they fell and were subsequently buried before the battlements of Monterrey. 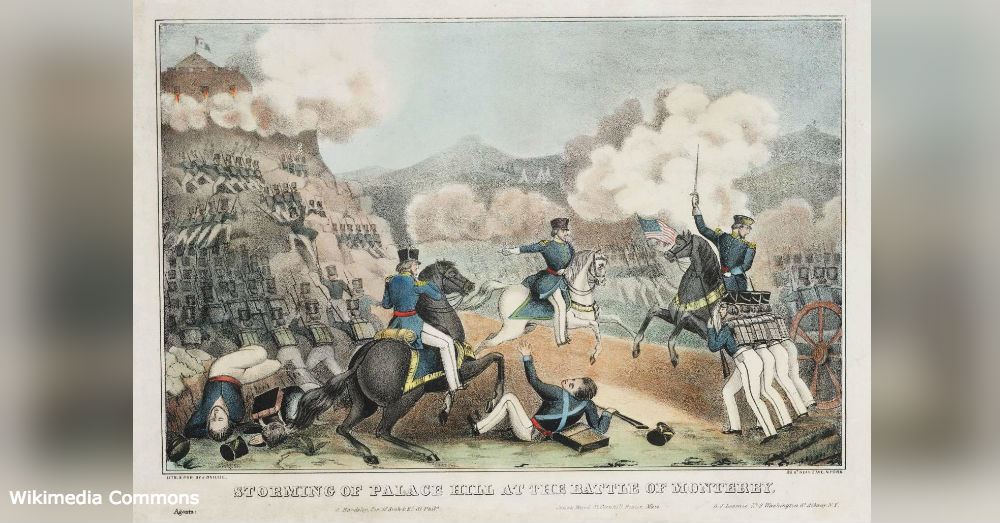 Storming of Palace Hill at the Battle of Monterey by Tompkins Harrison Matteson, c. 1855.

Some 11-13 of these citizen soldiers have recently been repatriated through the same Dover Air Force Base in Dover, Delaware, where all of our fallen soldiers come through on their final journey home. They were honored with the usual Dignified Transfer Ceremony.

We may never be able to identify the individual soldiers’ remains to the names of those Tennessee volunteers who fell in the Battle of Monterrey, but we do know that they have finally arrived back on American soil. It has yet to be determined if the remains will be buried at Arlington, or in Tennessee, the Volunteer State, at a resting ground that has been set aside for soldiers who had fought in that war. In either case, they have finally come home.