On April 9, 1942, after a fierce defense of the Bataan Peninsula on the main Philippine island of Luzon against superior Japanese forces, United States and Filipino troops surrendered to the Japanese. This year marks the 75th anniversary of that event and the infamous Bataan Death March, which followed it. In honor of those who suffered, and those who died during that march, there is an annual Bataan Memorial Death March event that takes place at the White Sands Missile Base in New Mexico. The Veterans of Foreign Wars of the United States, (VFW) will be supporting and participating in this event, which is the 28th time it has been held.

After the surrender, approximately 75,000 Filipino and American troops on the Bataan Peninsula were forced to march 65 miles through heavy jungle and mountainous terrain in oppressive heat to prison camps. The intense heat and the conditions under which the POWs were forced to march over those 65 miles proved to be very deadly. The prisoners were broken into 100 person groups and each group took about 5 days to cover that 65 miles through the jungle.

The Japanese guards treated their prisoners with contempt and were incredibly brutal throughout the march, as well as in the prisoner of war camps. Those who faltered, or who became ill, or too weak to march were bayoneted to death and left along the trail. There was very little food, and only foul water to drink. There are no real accurate statistics as to how many died along the way, but it is accurate to say the numbers were in the thousands on the trek alone. 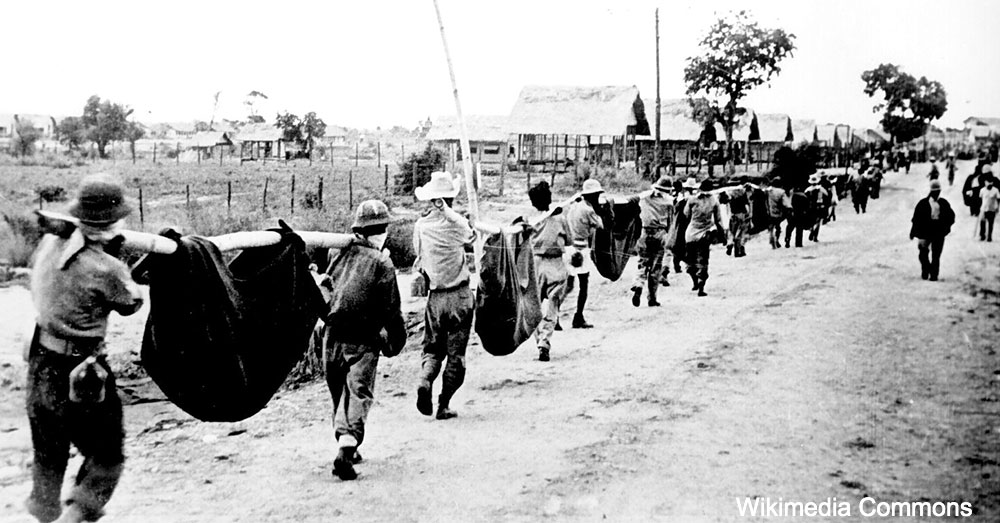 Upon reaching the staging point, the prisoners were put on train cars and taken by rail to the San Fernando POW camps where thousands more died due to the inhumane conditions, virulent diseases, malnutrition, lack of medical care and the vicious, brutal treatment by their Japanese guards. When the POWs of the Bataan Death March were liberated, their physical conditions gave stark evidence to the kind of treatment and conditions they had endured over those years of captivity. Their story is one of immense courage. Those who survived showed the power of the human will to survive against the worst of odds.

After the war, an American military tribunal, put Lieutenant General Homma Masaharu on trial for war crimes. He was found guilty and was executed by firing squad on April 3, 1946.

The VFW is proud to participate in this years Memorial march at the White Sands Missile Base, NM. The event is a grueling trek through 26.2 miles of desert terrain. The event honors all of the service members who defended the Philippines during WWII. This event is done annually to commemorate the sacrifices those Americans and their Filipino allies made at that time, including the loss of their freedom, their health, and to honor the thousands who lost their lives. 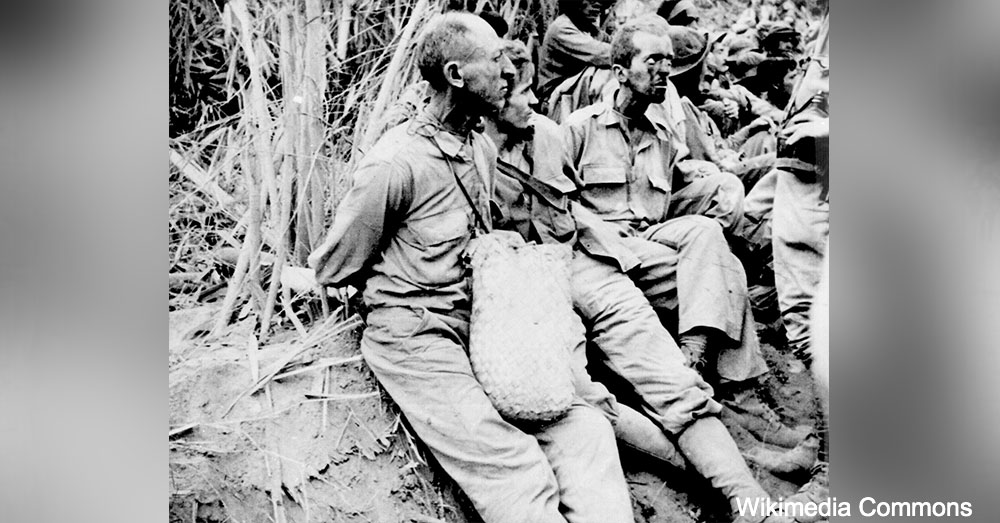 The event this year will take place on March 19. The largest turnout ever is expected with over 7,000 military and civilian participants already registered for the trek. There will be dozens of VFW and VFW affiliates participating or volunteering to run booths, and lining the route to cheer the participants on as well. The VFW National Commander, Brian Duffy, will be representing the VFW. He is the first Desert Storm veteran to lead the VFW, the oldest and largest war veterans association in America.

We must never forget those who served. It is events like this that not only keep their stories alive, but give the proper respect and honor due to those who served in combat. As the chaplain at my local VFW Post, I know how important such events are to our veterans. All of our veterans gave something of themselves in their service to the nation in defense of freedom, and some gave their all. This must not be forgotten.

The Veterans Site adds its respect and thanks to all those who fought to defend the Philippines during WWII. We offer our deepest respect to those who suffered and those who died as a result of the Bataan Death March and their time as POWs.

We will never forget!