The First Time The National Anthem Was Played During A Baseball Game, It Changed History

One hundred and one years ago, towards the end of WWI, the nation was weary and the impacts and consequences of the war weighed heavily on the world. It was in September 1918, during one of that year’s World Series games, that a familiar tradition began and continues to this day.

Because of the war and the growing casualty lists, as well as the fact that the professional baseball teams that year had been depleted by both the draft and the voluntary entry into the service of so many professional ball players, there was not much enthusiasm for the game or the World Series that year. The nation was also divided domestically by anti-war protests and by anarchist violence. The national mood was at a low ebb.

The pitchers for that game were Hippo Vaughn for the Chicago Cubs and Babe Ruth for the Boston Red Sox. One might think that such greats would have caused a great deal of excitement, but according to the press accounts of that day, the “crowd was sitting on its hands.” They were paying more attention to a group of Army biplanes doing stunts near the ballpark than to the game. 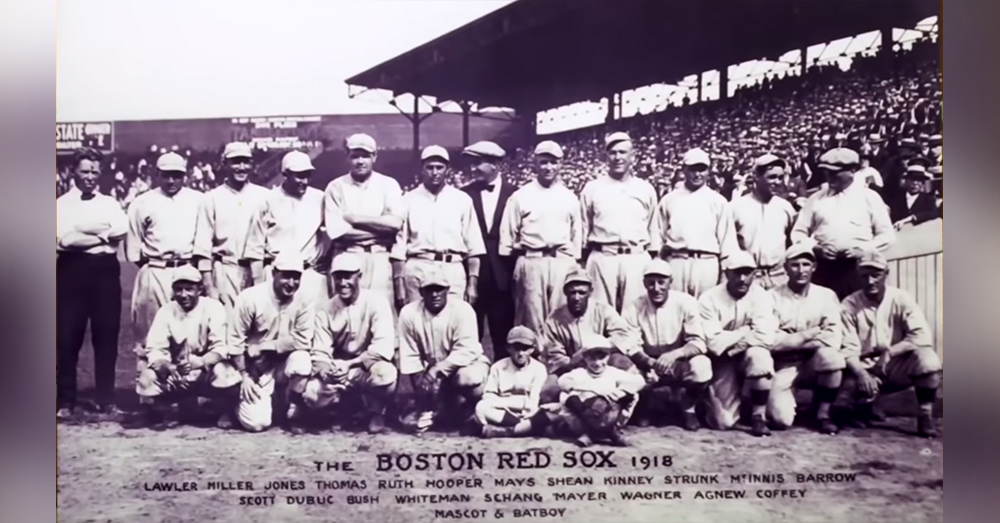 There were some 19,000 in attendance that day and it appeared that they were unimpressed by one of the greatest pitching duels in the history of the game. A reporter for the New York Times said, “that the crowd was yawning until the Navy Training School band started playing the Star-Spangled Banner during the traditional seventh-inning stretch”.

Americans were familiar with the Star-Spangled Banner’s tune, but it was not yet the official national anthem that we know today. The great composer, John Philip Sousa, had worked on it so that it was suitable to be played by a larger band.

The crowd seemed surprised by it when the band started playing the notes. 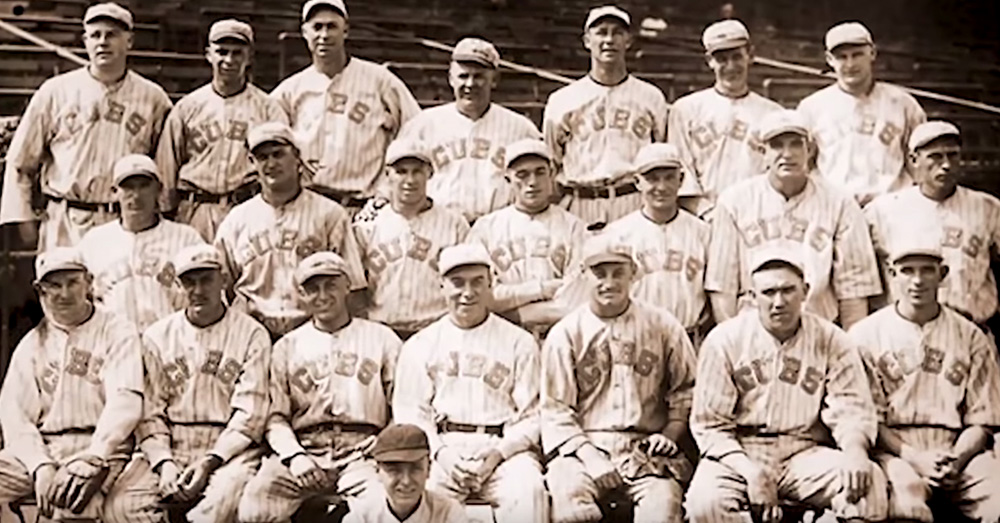 One by one the civilian ball players started to take off their hats and to face the flag. One player though, Fred Thomas, third baseman for the Red Sox, was actually on active duty in the Navy at the time. He was on furlough from Great Lakes Naval Training Station near Chicago so that he could play in the World Series games. Since he was on active duty, he kept his hat on, faced the flag and saluted.

Some fans took notice and others began to sing the words along with the music for the Star-Spangled Banner. Within moments the entire crowd was singing it. At the end of the singing, people were shouting and tossing their hats into the air. Thomas remained covered and saluting.

The power of this story is that this was not planned. It was a completely spontaneous moment. Some have suggested that that game, which ended with a 1-0 victory for the Boston Red Sox behind the incredible pitching of Babe Ruth, may have been the “greatest baseball game of all time.” But what is remembered even more is the simple patriotic gesture of Cubs third baseman, Fred Thomas, that really ignited the response of the crowd that day. 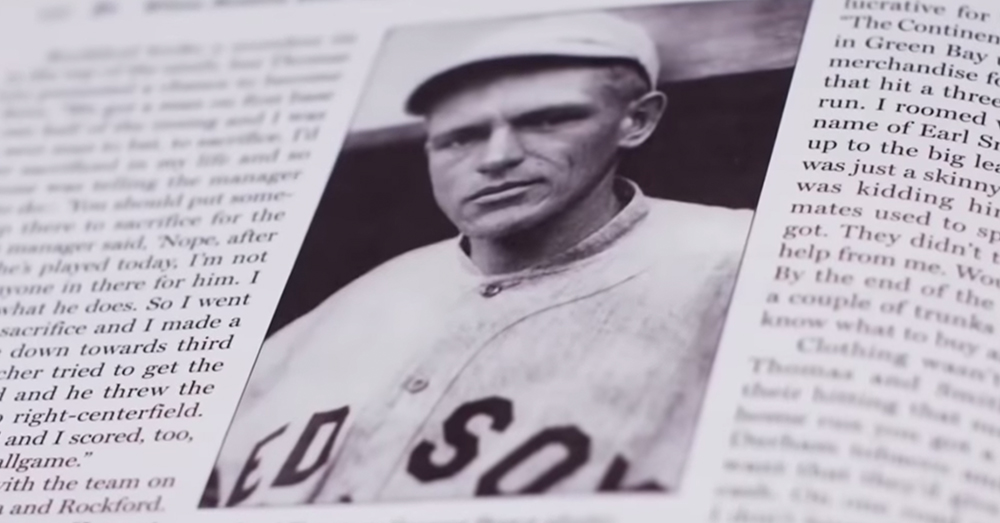 Source: YouTube/CVTV
Fred Johnson was on furlough from the US Navy, allowing him to play in the World Series.

The Cubs manager was so impressed by what happened that day that he began to have the Star-Spangeled Banner played before all of their subsequent games. Other teams picked up on it as well. It would not be until 1931, thirteen years later, that the Star-Spangled Banner would become the official National Anthem of the United States.

The one thing that can be said is that the flag that we honor with the National Anthem represents something greater than our individual selves, or our particular political perspectives. These symbols represent this country’s hopes and dreams, the dreams that were written down in the Constitution of the United States as the goals to be worked toward and achieved.

No human endeavor is perfect; all have their flaws. It is when we lose sight of the noble hopes and dreams that are codified in the Constitution that we are in danger of losing them. The struggle to live up to those hopes and dreams continues to this day. 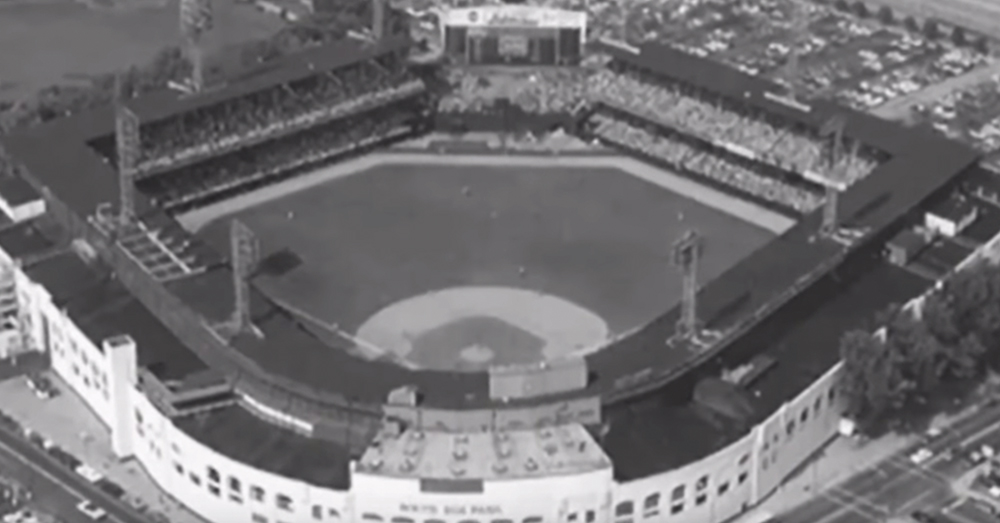 Source: YouTube/CVTV
The baseball game that day was largely uneventful until the 7th inning.

The flag and the National Anthem are simply the symbols that represent the ulitimate national dream of all Americans, that is, to be a people united in both meaning and purpose. We must never forget that it is not the symbols of the flag and the National Anthem, but the hopes and the dreams that they represent that should garner our full attention and our willing commitment. In the end, it is not our government or our political party affiliations that bring about our national hopes and dreams; it is the individual actions and commitments that each of us do in our daily lives that ulitimately help to bring those hopes and dreams closer to fulfillment. It is our individual, sincere attempts to live the ideals represented by the flag and the National Anthem that make the hopes and dreams of America more possible. 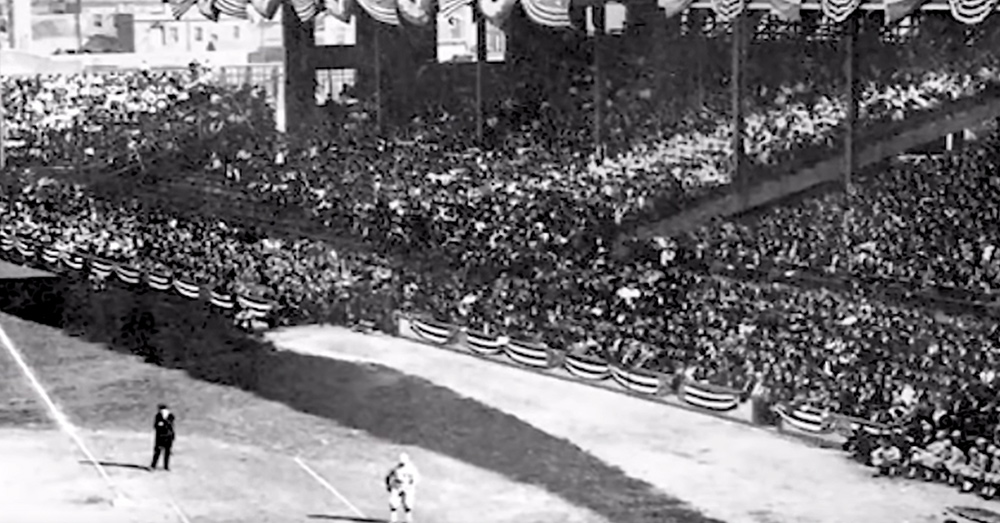 Source: YouTube/CVTV
The National Anthem was played during the 7th inning stretch.

For one, brief, shining moment the crowd at that world series baseball game in 1918 between the Chicago Cubs and the Boston Red Sox, spontaneously understood the meaning of that flag and the Star-Spangled Banner. They erupted with the recognition of what those symbols represent, that is, the unity and love of country that we all aspire to as Americans.

The next time you attend a sporting event and hear the National Anthem and face the flag, remember that those symbols are calling on each one of us to be worthy of the hopes and dreams they represent. Our freedoms are the direct result of our commitment to our duties.

As the great Paul Harvey used to say, “And that is the rest of the story.”