A Marine Corps Bootcamp Instructor Kept His Amazing Secret Until A Month Before He Retired!

Sometimes people have hidden jobs because they want to keep a secret from the people they know, others may just be embarrassed by what they do and don’t want anyone to know.

But others may just not feel like mentioning work they did as a child actor because they didn’t feel like it was terribly relevant to their lives.

Major Donnie Dunagan has had a seasoned military career. He was drafted in 1952 and served in the marine corps, receiving 13 promotions in 21 years, which at the time was a record.

He became a commander and a Marine Corps boot camp instructor, but throughout his military career he had a secret, one that he held close to his chest. Until one day it was discovered that he had a voice everyone would have recognized. 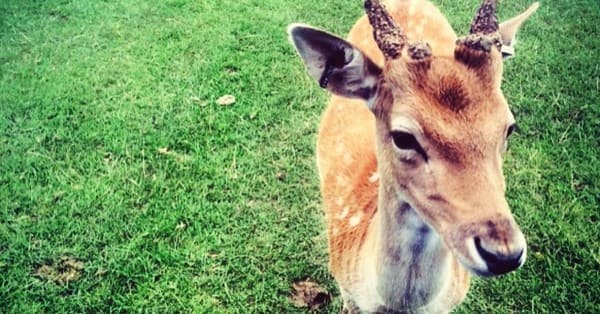 “At ease, Soldier.” / Via Instagram.com/the_prince_of_parties

When he was a child, Maj. Dunagan had a short stint as a child actor. And in 1942, he was the voice of America’s beloved cartoon deer, Bambi. But when we was gearing up to join the military, he was aware that this part of his past could get in the way of his career in the Marines. His specific fear was getting called “Major Bambi” by the recruits he had in bootcamp. As an instructor he had to make sure that he was a strong figure and he needed his fellow marines to respect him. Being discovered as the voice of Bambi would easily lead to teasing in such an intense environment and if a secret of such magnitude were to get out, it would be impossible to escape.

Major Dunagan was successful in keeping this bit of personal trivia under wraps until a merely a month before his retirement.

Dunagan told NPR’s StoryCorps that, during a particularly busy week, the General called him into his office and asked him to take on another project. They were getting audited and the General wanted him to audit the auditors. Maj. Dunagan expressed that he wouldn’t have time to do the task with all of his other responsibilities, to which the General responded, “You will audit the auditors. Won’t you, Major Bambi?” 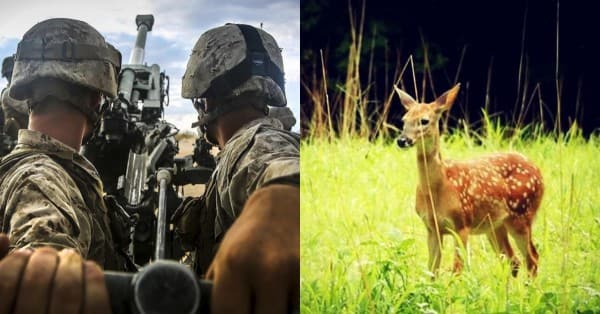 With his biggest vocational fear realized, Maj. Dunagan relaxed a bit. He now wears that piece of his history proudly across his metaphorical chest with his non-metaphorical medals. His role in the classic Disney film has warmed the hearts of millions over the years and it’s something to be proud of. He’s all grown up now and has proved to the world that he’s not a young deer standing on shaky legs, but a strong, capable man, capable of great and patriotic deeds.

Dunagan told NPR, “I have some holes in my body that God didn’t put there. I got shot through my left knee. Got an award or two for saving lives over time. But I think I could have been appointed as the aide-de camp in the White House, it wouldn’t make any difference — it’s Bambi that’s so dear to people.”

Maj. Dunagan is now 80 years old, far from a fawn, and we’d like to celebrate both aspects of his life; the hero who sacrificed so much for our country and the young boy who lent his voice to what’s become cinema’s strongest symbol of innocence. Everyone’s past will eventually catch up to them, but Major Donnie Dunagan shows us that this is not always a bad thing.

It is easy to overlook the thousands of Americans still deployed to dangerous places around the world. With so few serving on behalf of so many, our overseas obligations have turned into a revolving door of deployments, sending our service members on their fourth, fifth, and even sixth deployments. These frequent and extended absences add to the already stressful conditions of combat.

★ Show Our Troops You Care ★

Practical yet meaningful, comfort and care packages remind our troops that they remain on our minds and close to our hearts. The packages include letters and drawings from the community members that help supply the contents, adding a small but personal touch that can help boost morale.

Show our military that we have not forgotten about their selfless service and sacrifice!