How Powerful Is A B-52 Bomber? Just Ask This Vietnam Veteran…

The B-52 is a behemoth. It has been the backbone of the U.S. Air Force bomber fleet since the 1950s and they are still going strong, providing a powerful deterrent with their range and load capacities. To see and hear them in action is a memory one never forgets. I have seen these bad boys up close and personal in two ways…

When I was in Okinawa on my way to Vietnam, the Marine Corps compound was located near the end of the airstrip at the Kadena Air Force Base. The sheer size of the B-52 is mind-boggling. As those huge warbirds took off for their missions over Vietnam, they flew right over our barracks. The roar and power of those eight engines would shake the whole building as they lumbered over us only a couple of hundred feet above our heads. You would briefly sense its huge shadow passing over and it made you feel very small and vulnerable.

I never thought much more about them until they later became a powerful part of my experience with my Marines at the siege of Khe Sanh during the Tet Offensive of 1968. It was there that I saw the real force and power that those B-52s could bring to bear on the enemy. 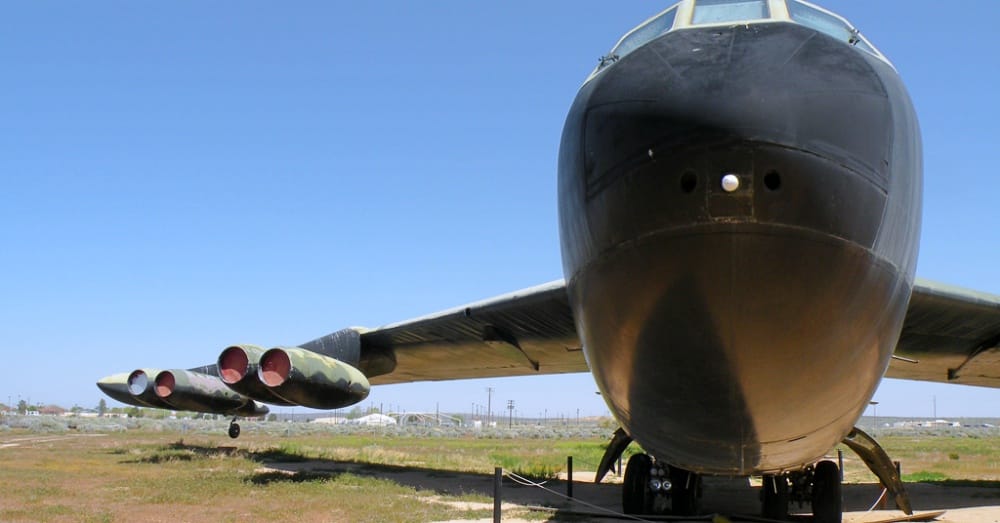 The Boeing B-52 Stratofortress / Via Mark Jones Jr.

Toward the end of the 77-day siege at Khe Sanh B-52s began a concentrated bombing campaign around the base in an effort to help lift the siege. They usually came in flights of three bombers, one right behind the other. They dropped their huge bomb loads close enough to us that we could feel the shock waves eminating out from the target zone. The B-52s flew so high that we could not hear their approach. Our first impression would be of the exploding bombs as they hit the ground. We would then turn to see plumes of smoke rising in long strait rows a couple of miles away from the base and then we would feel the sound waves rush over us. 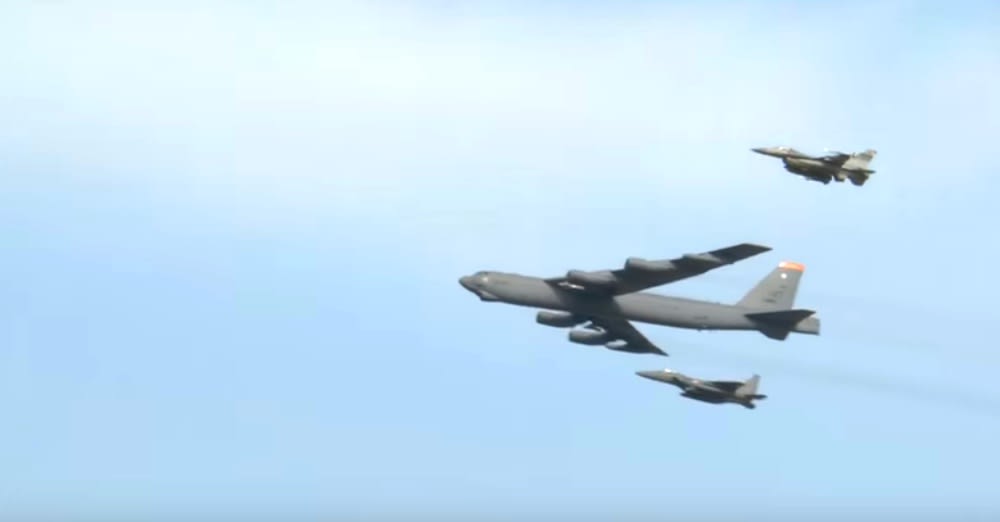 I can remember being of two minds when we witnessed these strikes. We had been surrounded and harassed by the North Vietnamese troops for over two months. They had been pounding us daily with their artillery, rocket and mortar fire. So when those B-52s started dropping those bombs, we cheered at the sight and sound of those strikes. But at the same time I distinctly remembered being overwhelmed at the thought of what those NVA soldiers were experiencing. To be underneath, or near the sounds and the unimaginable destructive power of those 2,000 lb bombs would have been beyond the ability of the mind to comprehend. I actually felt sorry for them. But those B-52s took the terrible pressure of that intense siege off of us and gave us some breathing room.

The Veterans Site offers its thanks

to all those men and women who have served in B-52s as flight crew members, and as maintenance and ordinance crews over all these years. It looks like these venerable warbirds will continue to be an important part of our military arsenal for a while to come.