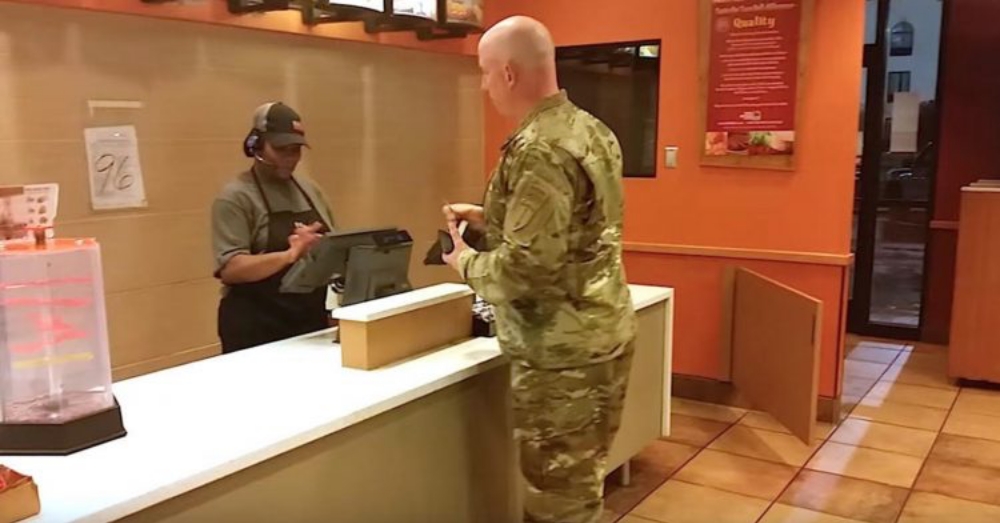 Our troops have always got our backs. One off-duty colonel even reached out to assist a pair of needy kids who, although not in mortal danger, were in need of a decent meal.

Army Lt. Col. Robert Risdon was eating dinner when he saw a 9-year-old and 13-year-old boy selling homemade desserts at their local Taco Bell. The kids were trying to raise money for their local house of worship, but Risdon, a father himself, rightly suspected they also might also be in need of a warm dinner. 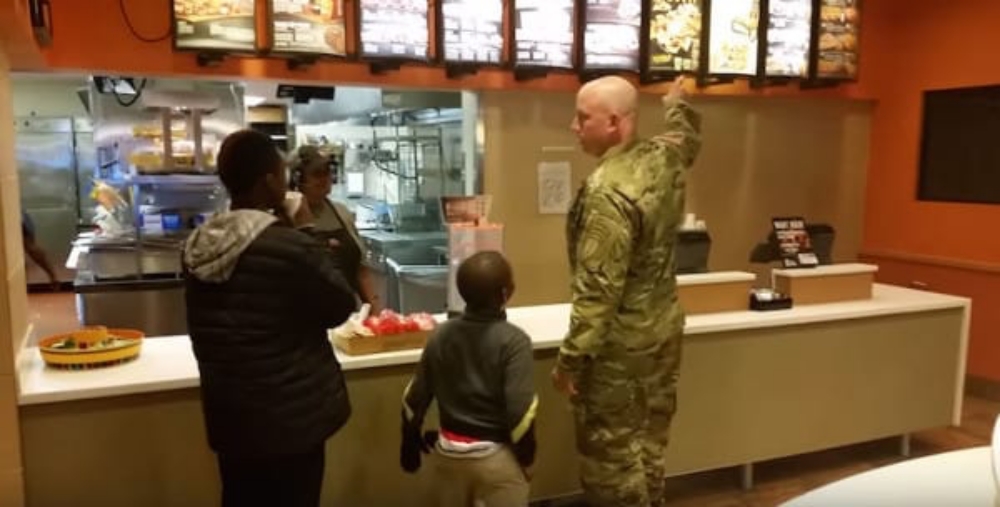 Both boys looked wet, hungry, and cold, so the colonel approached to ask if they’d already had something to eat. When they said that they hadn’t, he directed the pair to order anything they’d like off the menu. Get whatever you want, he said, offering to pay the bill at the end.

A local videographer, Jason, happened to capture the heartwarming moment on camera, and later shared it on his Facebook page, where it quickly went viral. 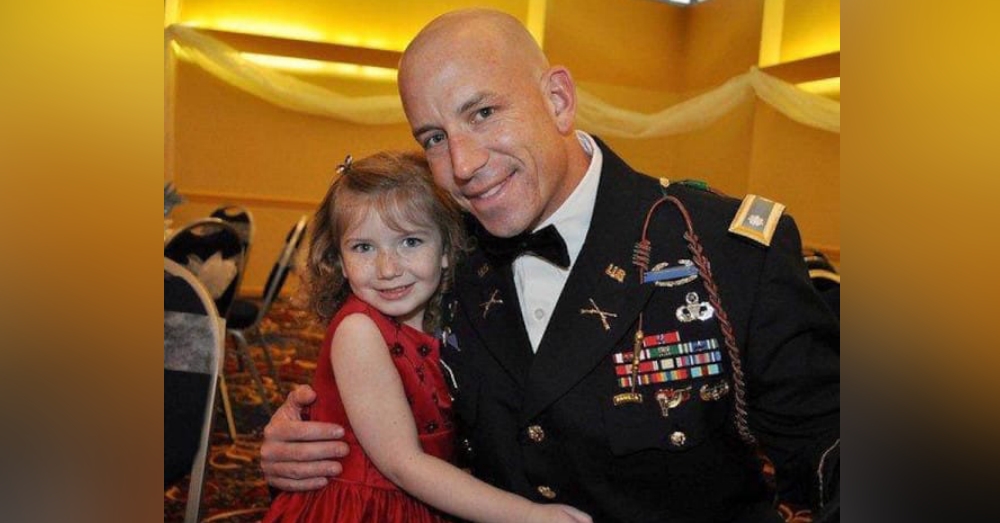 “I was in a Taco Bell tonight when two kids came in trying to sell homemade desserts for money. I overheard a soldier ask the kids if they were hungry and told them to follow him to the counter, he would buy them dinner,” Jason wrote.

“I had to video it and share. Our troops are always taking care of us. Thank u LTC Robert Risdon please please share this…. I heard the little one say I want to be just like u when I grow up and saluted him.” 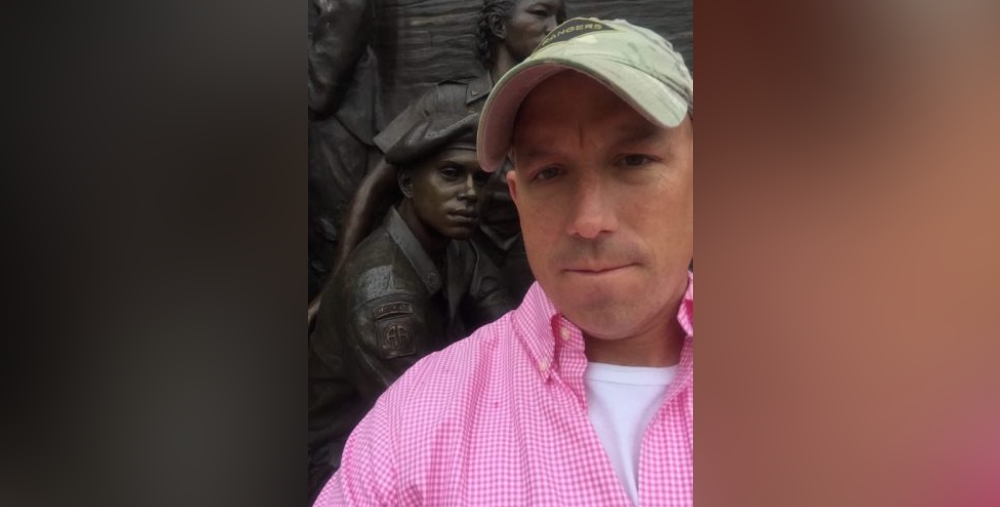 Risdon’s thoughtful heroics are being celebrated by millions of people, but this U.S. soldier is remaining humble.

“I’m kinda embarrassed and humbled by the praise and don’t need it,” he told The Huffington Post. “I am a believer that we live in the best country in the world with the best people and that acts of kindness happen every day.”

What do you think about this colonel’s gesture? Check out the video below!