Armed robbery is, unfortunately, a scheme as old as time. The venture loses its appeal, however, when the robber finds himself unwittingly fighting a combat-trained veteran.

The incident depicted in the video below took place in a Marionville, Missouri liquor store in 2013, but – owing largely to the ease at which this soldiered the attack — is still racking up views online. 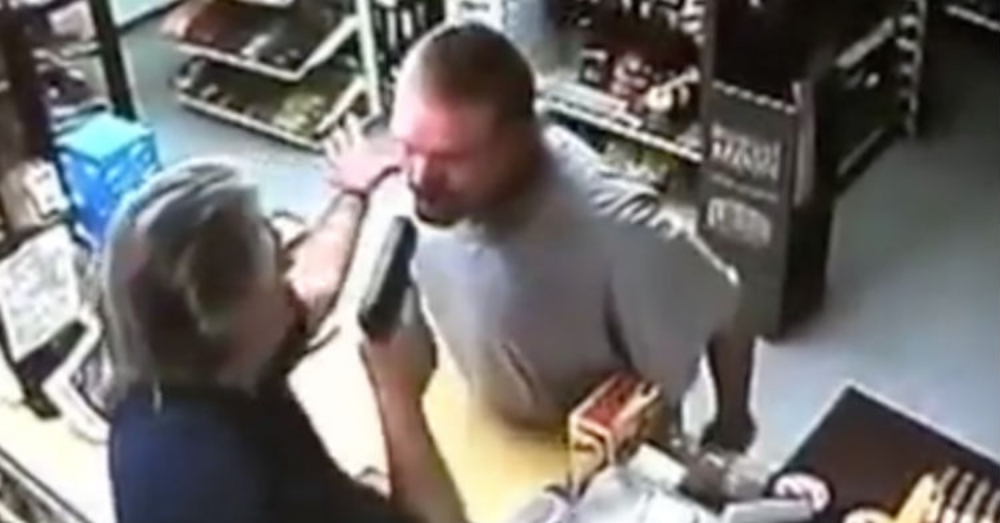 When this robber demanded all of the cashier’s money at gunpoint, he was probably expecting a bag of easy money. He certainly didn’t stop to consider the background of the man behind the counter. Looking back, he really should have.

Jon Lewis Alexander is not ordinary liquor store cashier. The retired military officer’s extensive training includes remaining calm when guns are thrust in his face. When it happened again, albeit on his home turf in Missouri, he didn’t think twice about leaping into action.

Within seconds, Alexander had pointed his own gun at the offender, who is clearly surprised by the turn of events. If the man didn’t leave immediately, he wouldn’t hesitate to shoot, he warned. Apparently, this aspiring criminal apparently him at his word, because he quickly backed up and fairly ran for the door.

Even years later, the Internet is pretty tickled to see justice served. What would you do in this situation? We’re pretty sure Alexander’s liquor won’t be robbed any time soon!

See how this amazing scene unfolded in the video below!