Everyone deserves a little down time, especially police officers who work hard daily to keep us safe. As such, a group of Outback Steakhouse employees are being virtually showered in praise after voluntarily covering some weary officers’ restaurant check.

After Manager Arline Wood and server Zoe Rao noticed four officers pull up a seat in their restaurant, they knew the right thing to do. “They care about the community, they care about everybody, they’re just great guys,” Wood told WVUE. “Our whole police force is great and these guys at night, I went to Zoe and I said, let’s take care of it.” 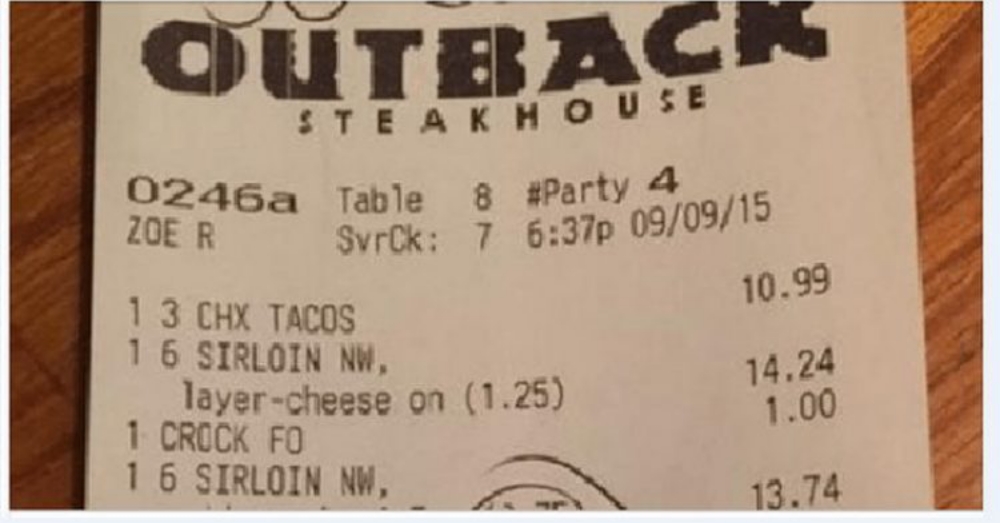 Rao, in turn, called the officers “the sweetest guys” and described serving them as a pleasure. In addition to picking up their $67 tab, the women included a thank you note. “Thank y’all for y’all’s service!” it read. “Enjoy y’all’s meal on us!”

The random act of kindness quickly went viral after the grateful officers posted the generous missive on Facebook. “I got a phone call early in the morning and I was like what are you talking about?” Wood said.

“People were calling me and then we saw it on Facebook, then it’s on this one and that one, and we didn’t do it for this publicity, because Lord knows I don’t like all this publicity,” she said.

Regardless, readers praised Outback’s team for taking care of these men and women in blue. “So nice to be able to read of a restaurant treating police officers as welcomed customers!” one person commented on the officers’ Facebook page. 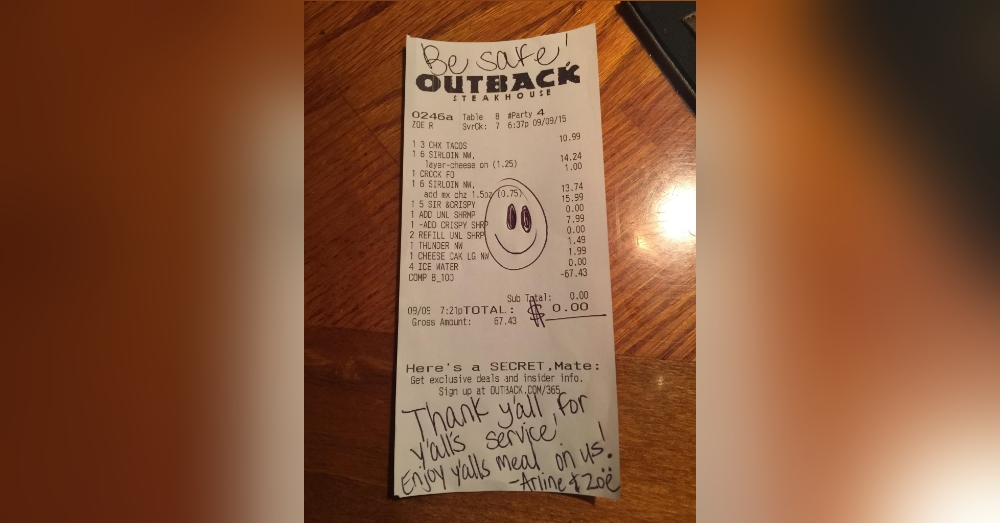 “We are so fortunate to have excellent police officers in the United States. Okay, there are bad apples in every profession, but most are honest, caring individuals that have a protecting heart for others,” they continued.

“Finally, a positive story about law enforcement being treated very well as opposed to being refused service or being harmed from glass in their food,” another person commented.
“Wonderful way to thank those officers!” another user wrote. “Thank you to the Outback employees who showed respect and appreciation.”

Others wondered aloud why more people didn’t extend similar care to those working to keep our community safe.

“I’m a retired police officer,” one user wrote. “Unfortunately, I had to retire as disabled due to almost being killed in the line of duty while putting my life on the line for people I had never even met.”

“Stories of cops being disrespected angers and frustrate me because those same cowards, who wouldn’t even think of pinning on a badge to put their lives on the line, call the police the fastest, and most often, when their lives or property are in danger,” he continued.

“Too bad more people do not appreciate what they do every day because they chose to protect and serve,” another user agreed. “Bless these 2 for having such a good heart.”