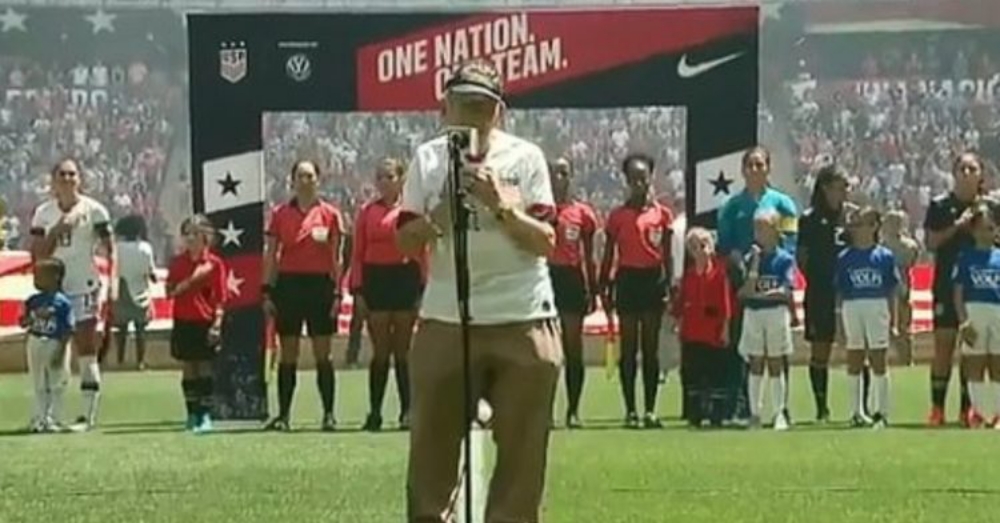 Fans were anticipating plenty of action when they gathered to watch a national U.S. women’s soccer game, but they weren’t expecting a 96-year-old veteran to bring them to their feet.

However, 96-year-old WW2 veteran Harmonica Pete quickly dispelled any misgivings about the stadium’s choice to ask a nonagenarian to provide the entertainment. Before long, the sprightly war hero had the crowd on their feet dancing along to a lively rendition of the Star-Spangled Banner. 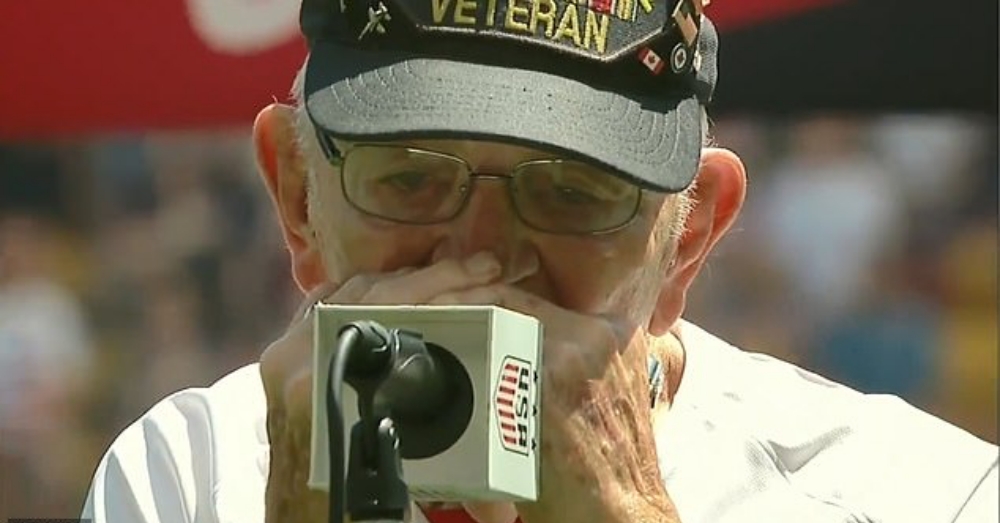 The show was so striking that this pre-game tradition even grew into an Internet meme. Now Harmonica Pete (aka Pete DuPre) can add viral sensation and music video star to his long list of war heroics. 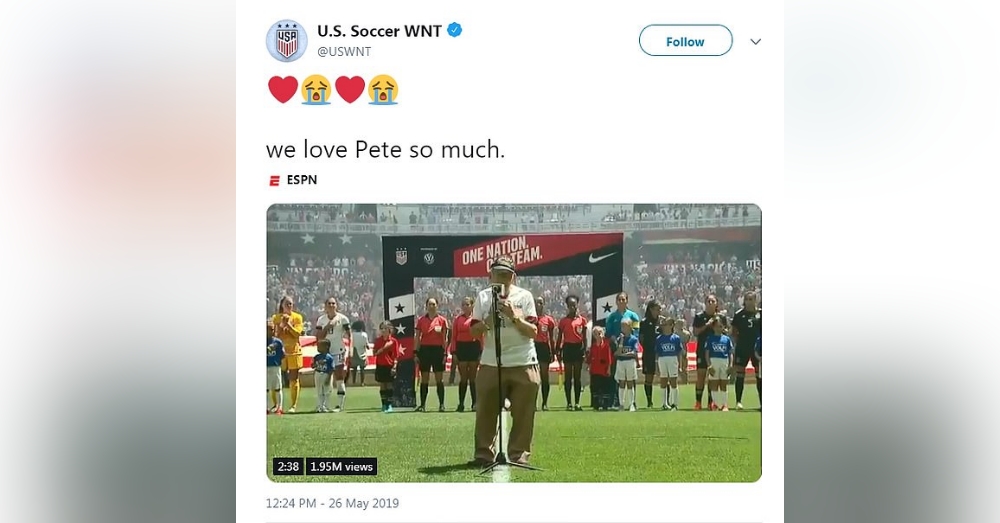 DuPré’s musical career dates back to his youth, when he enlisted as a U.S. army medic at the tender age of 18. He was initially deployed to the 114th General Hospital Unit in Kidderminster, England, but spent the bulk of the war treating U.S. soldiers wounded overseas, including at the Battle of the Bulge. 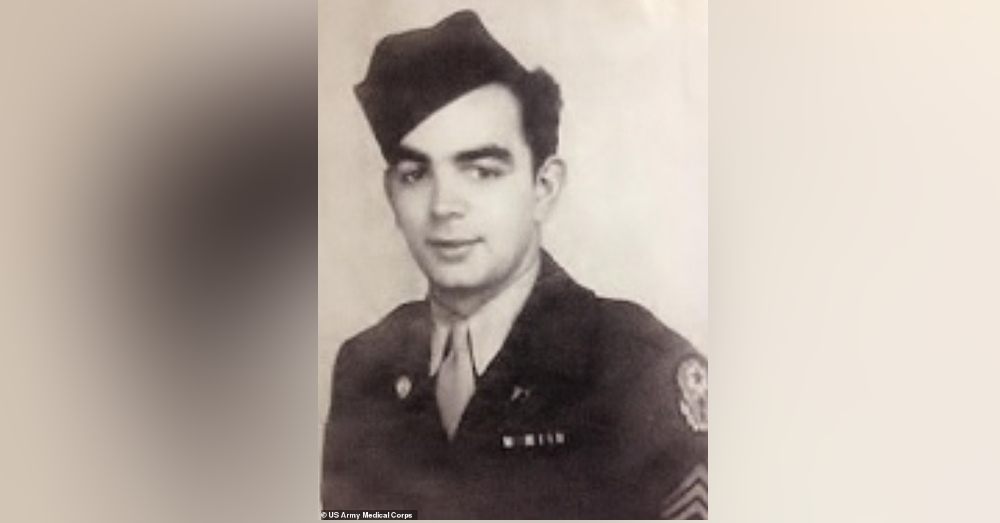 Decades later, DuPre dusted off his World War II cap — this time paired with a U.S. soccer jersey — in order to play his favorite song, which quickly brought the attending crowd of 27,000 people to their feet. 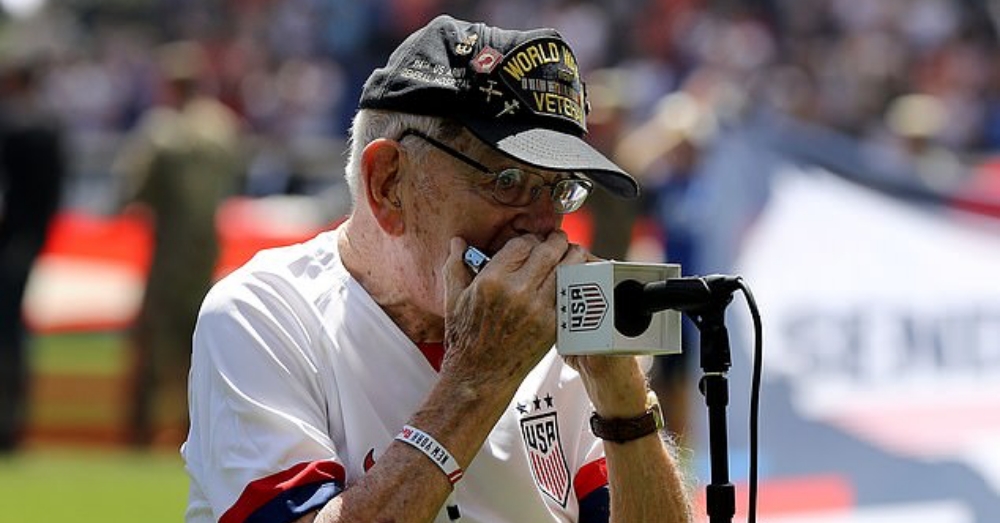 Some people were likely standing to show their gratitude and support to this WW2 veteran, but this sprightly senior, despite being helped up to the stage in a wheelchair, seemed similarly recharged. This talented musician is proud to champion the American anthem, the U.S. flag, and everything it represents. 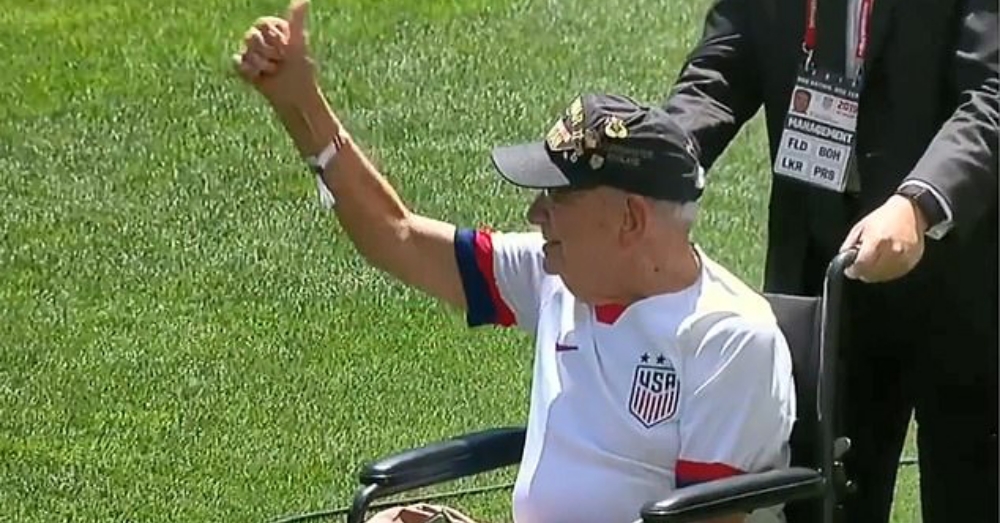 check out Harmonica Pete’s awesome rendition in the video below!