You may have missed it, but one veteran-owned and operated coffee company, Black Rifle Coffee company, has created a powerful tribute to honor fallen soldiers on Memorial Day.

Titled “Never Forgotten,” the commercial follows four different families as they go about their day. At first, it isn’t entirely clear that each vignette – a father and son getting ready to barbecue, a woman eating breakfast with her husband and son, another on her way to work out, and a biker on his way to meet friends – are actually Gold Star families. 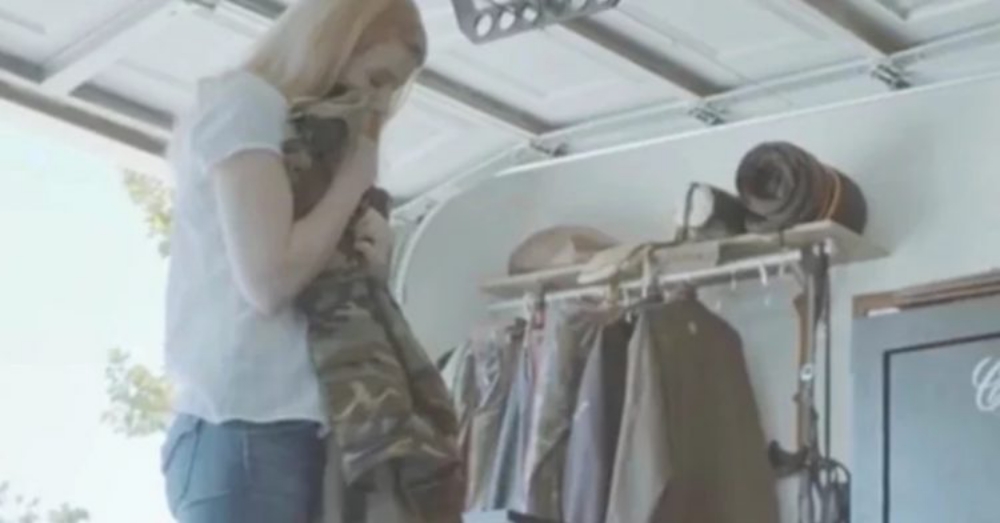 In subsequent shots, we see how they miss, love, and honor their respective soldiers, each of whom gave the ultimate sacrifice. Now the father and son run a grocery alone, a woman holds her husband’s old uniform, a woman works out by herself, the motorcycle driver leaves a second shot at the bar.

“It’s not about today. It’s about them… the ones that gave their lives,” a voiceover reminds us. “For when a life fades it’s up to us to make sure the legacy doesn’t. Never forgotten.”

Regardless, the video has resonated with customers, many of whom vowed to buy Black Rifle Coffee — a veteran owned and operated company that also donates a portion of their proceeds to veteran-related causes – in their area.

“I’ll be looking for a place to buy Black Rifle Coffee around here. A powerful commercial,” one person wrote.

“So well and beautifully executed, thank you!!” another agreed. “I haven’t found any of their brand at any of my local stores, but I’m going to be ordering from them. Their website is really nice looking and I’m betting their coffee is at least equally impressive.”

“Was sent a bag of their coffee, from a friend who lives in Utah, where they are based,” a third wrote. “Honestly, best coffee I’ve had, and I have tried numerous national and local brands. Black Rifle also donates a portion of proceeds to wounded warriors and their families. Good deal all around.”

“We will never forget the sacrifices they have made and we honor them this Memorial Day! Thank you!” another person added. “So powerful and SO TRUE! Thank you to all that sacrificed their lives so that I may live in the best country in the world!”

Watch this moving tribute in the video below!

Due to a lack of affordable housing, limited post-service job opportunities, and inadequate care for veterans with physical or mental conditions, tens of thousands of men and women who once heroically protected our country now find themselves in poverty on American streets, needing assistance for even basic essentials until they can get back on their feet.

When you purchase a Care Pack on behalf of a homeless veteran and their beloved pet, you will be letting them know they have not been forgotten by the country they served.