My generation and my father’s generation know the name Audey Murphy very well, but few today know of him or what he did. Murphy was known to us for two reasons. The first is that he was a Hollywood movie star in the 50s. The second is that he was the most decorated soldier of WWII.

Murphy was awarded every award for valor that this nation can give to a soldier, including the Medal of Honor. The video here includes the audio of an interview done with Murphy back in the 50s, maybe 10 years after the war and when he was already established in his Hollywood career. 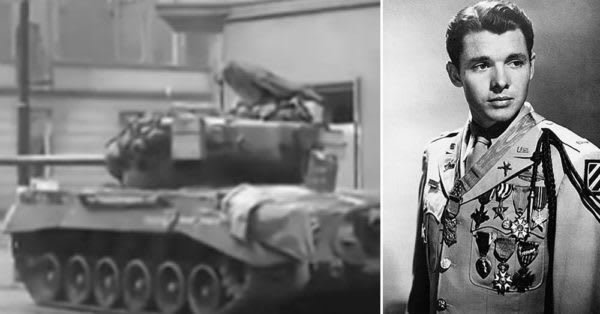 Murphy was not only heroic in battle, but also in character. He was a decent man in every way.

Listen to him talk about WWII in the video below.