Helm Yeah! Navy Throws Down In Video Ahead Of Army-Navy Football Game

There are a lot of heated rivalries in the world of sports. Packers vs. Vikings. Michigan vs. Ohio State. USC vs. Notre Dame. But nothing comes close to the longstanding and fierce rivalry of the annual Army-Navy Game. With a current score of 60/50 wins (with Army in the lead), the legendary game will take place this weekend with a lot riding on both sides.

The Army Black Knights from West Point want to hold on to that win for another year, but the Navy Midshipmen from the United States Naval Academy are eager to get their winning streak back.

In an amazing (and hilarious!) video, the Navy has a strong message for the Army which is sure to drive this rivalry to new heights! 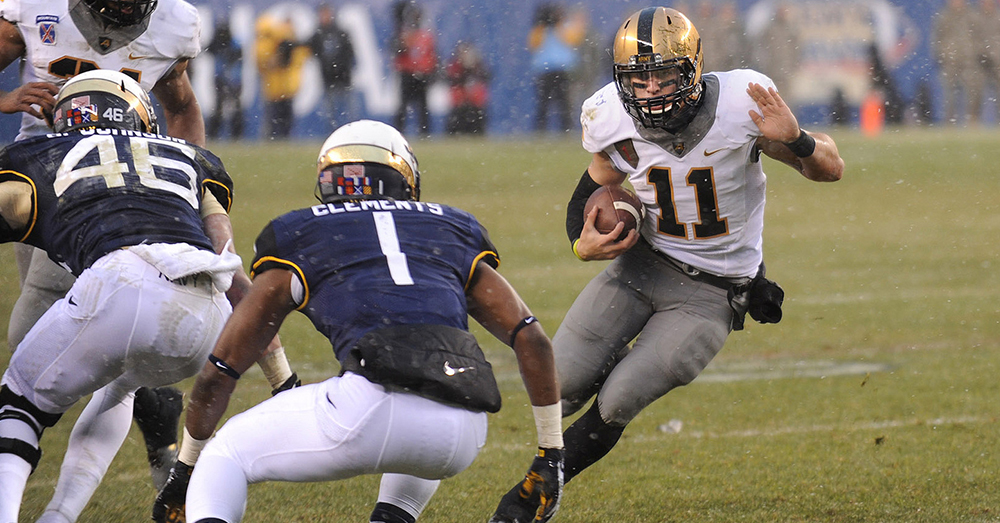 Department of Defense photo by Marvin Lynchard — A.J. Schurr scrambles with the ball during the 114th Army-Navy game at the Lincoln Financial Field in Philadelphia.

Navy Midshipmen put out this epic video, among others, on YouTube to show they’re ready to take back the victor’s title and start a new winning streak in this weekend’s football game.

This video is absolutely amazing (you would expect nothing else from the Navy!) and includes some great appearances from Navy leaders. It’s a video you can’t miss.

Watch the Navy’s message in the video below!

The Army Black Knights don’t intend to go down without a fight, though! The team is ready and eager to hit the field and prove that last year’s win was the first of many to come.

Which team will you be cheering for? Army or Navy? Either way, just watching the game is great American pastime and gives a glimpse of America’s future strong leaders!

This year’s Army-Navy Game will take place on Saturday, Dec. 9 at 3 p.m. in Philadelphia.

Watch the Army get ready for the big game in the video below!