After 120 Years, This Army Navy Matchup Is Still As Thrilling As Ever

The annual Army-Navy game is upon us. They have been going toe to toe now for 120 years, since 1890, and every year it is one of the most beloved sporting events of the year.

Oh yeah, there is a rivalry and the game is fought as if it were the Superbowl between these two great military academies. The sidelines will be full up with Navy Blue and Army Gray on either side and they will fight like the warriors they are for the full 60 minutes.

And we can all enjoy the rivalry as it unfolds before us.

Over the 120 year history of this game, the Navy has won 60 games and the Army 52. But for the last three years the West Point Military Academy’s Black Knights have taken the flag and the win. The men of Annapolis will be doing their best to stop Army’s three year winning streak.

It will be a great game, as always. 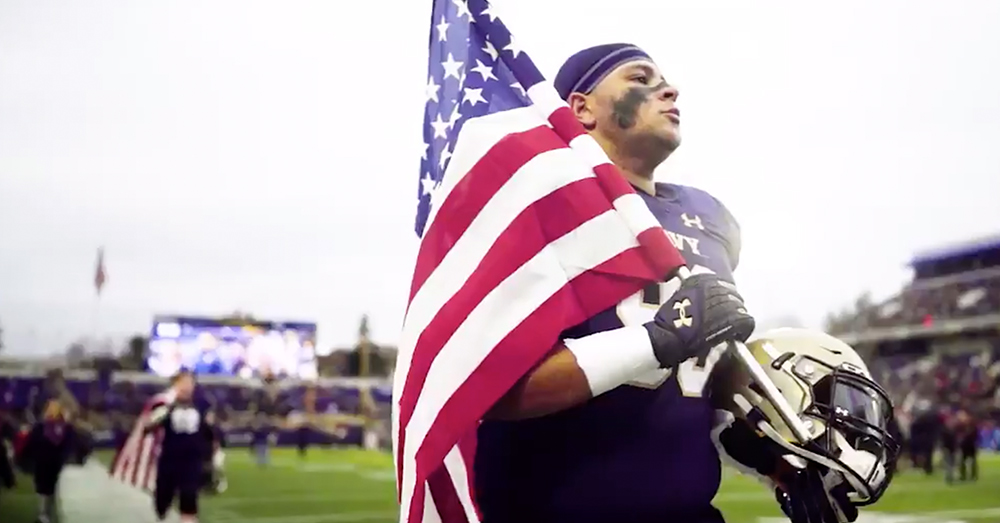 Source: Twitter/Navy Football
This is the 120th year of the Army Navy Matchup.

There is one thing we can all know as we watch the game this weekend. This will be the only sporting event that you can see every year where every man on the field and every man and woman in the stands on either side of the field are willing to serve and, if necessary, to die for you in defense of the Constitution of the United States of America.

As a veteran and Navy/Marine Corps Hospital Corpsman, I know who I will be rooting for, but I am not averse to saying, “May tomorrow’s best team win!

Fourth Highest Air Force Award Given To Airmen Who Saved American Soldiers In Afghanistan: Click “Next” below!