A little over a week ago now I was in Washington D.C. visiting all of the sites. While the Vietnam Memorial had a deeply personal effect on me again, the National Cemetery at Arlington struck a universally deep chord in me. That is truly sacred ground.

As most of you may know, the land into which the nation’s fallen warriors and veterans have been buried since the time of the Civil War once belonged to Robert E. Lee and his wife. That’s right, the same Robert E. Lee who would become the most effective general for the Confederate States.

It is a glorious piece of land, high above the low-lying city of Washington, D.C. The views from Arlington National Cemetery are sweeping. You can see the whole of D.C. open up before you with all of its famous buildings and monuments. It is not hard to imagine the tranquil setting it afforded Lee and his family in their days there, with its rolling hills covered in grass, or crops, the wind breathing through the great trees that still stand there. But it was also a place of slavery. One can visit the great house and then its slave quarters out back.

The whole history of the country leading up to the Civil War can be read in the photos and stories that are curated throughout the Greek style mansion and the restored slave quarters. 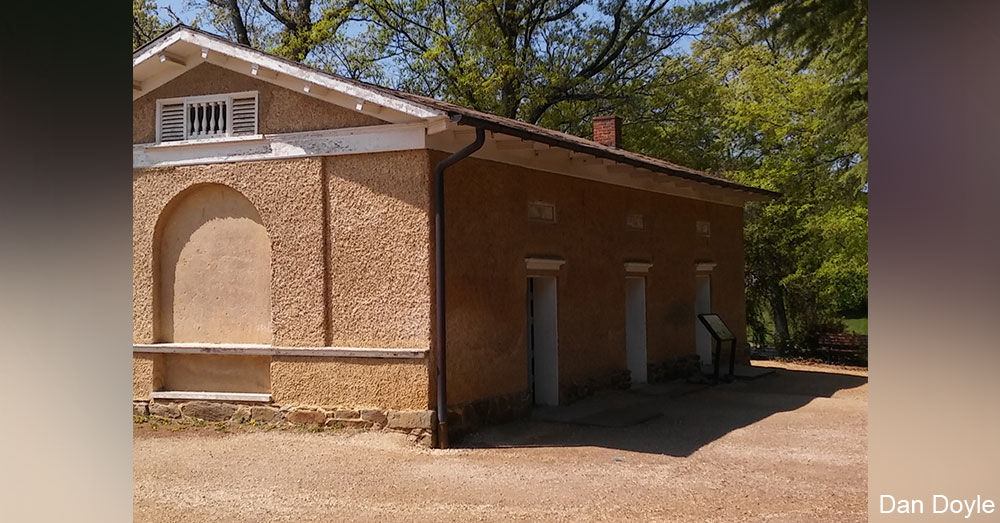 It was a great irony that that beautiful piece of geography, scarred by the realities of slavery, would become the graveyard for fallen Union soldiers who died fighting to defend the Union and to end slavery. But that history, has been broadened and transcended now in the century and a half since the end of that terrible conflict we know as the Civil War.

That ground, the very earth of that place, has become the final resting place for over 400,000 men and women who have either fallen in the conflicts and wars that the nation has been involved in, or who have been given the privilege by way of their military service to be buried there, since the Civil War to the present.

Those who have been to Arlington need no description of the grounds. But for those who have not, a bit of description is necessary. The grounds are green and rolling. As you walk up the lanes from the main entrance to the various sites that are available to be visited, you see broad slopes covered with uniform grave markers placed with military precision. You see lovely green lawns regimented by those markers and, standing over them here and there, are great, broad, noble trees.

As you walk up toward the Kennedy memorial with its eternal flame, people grow quiet, at least those old enough to remember and to have an emotional connection to the memories around his assassination. The young and enthusiastic students who come there in groups are often asked to be quiet, but there is no argument. They get the significance at some level and comply.

As you approach the Tomb of the Unknown Soldier, there is a natural and respectful silence that comes over most. The area is simple, spare, dignified, with the Tomb as the focus.

One’s attention is drawn immediately to the solitary guard, dressed so precisely, carrying himself with solemn dignity as he performs the simple, but intricate movements of his slow march back and forth in front of the marble, solitary Tomb. The number of steps are precise. You can see the stain of the imprint of the countless steps taken by thousands of Old Guard soldiers that have been part of this solemn and dignified duty for decades. They have stepped in the same prints over all of those years, every day; rain, snow, sleet, storm or in the heat and sunshine, like on the day I was there. They have performed the same ritual over and over again, clicking their heels as they come to the end of their walk, and turning, clicking them again, all of this done with military perfection.

Then, the snap and slap of their rifle as they shift it to the opposite shoulder, pause for a precise number of seconds, then beginning the slow march again.

The crowds, made up of people of all ages, of civilians interested in history, or those just being tourists, understand instinctively that this place is unique and that it demands a reverence beyond the usual. There are veterans salted among these crowds too.

We veterans come to this with a whole different sense of the place. We know some of those buried there. We know, too, the emptiness that is associated with those who did not come back from our wars with us, especially those who ended up missing. The idea of being unknown, unidentifiable, lost to time and sometimes now, even to memory, sits heavily on us. When we encounter each other in that place, there are no words necessary. We understand each other. No questions, no explanations are necessary. The sacredness of that place was imprinted in us long before we ever got there.


That day that I went to Arlington, I felt at home, surrounded by my brothers. The sacrifices in blood and treasure that are honored in that place are beyond the telling of it. Those who are buried there represent the few who have borne to responsibilities of defending the nation and its freedoms for so many. This is a brotherhood like no other. I felt both the weight of loss there, but also a sense of pride to have been one of the few, and to have so many good brothers and sisters with whom I share this great honor. I love all of you who have been brave enough, and generous enough, to wear the uniforms of the United States Military.

We must never forget the terrible cost of freedom that is represented there at Arlington National Cemetery, both in the long rows of white markers that stretch across the vistas of that sacred ground and at noble Tomb of the Unknown Soldier. They are the reason why we are all able to enjoy the comforts and the freedoms we all enjoy in this great country. Those who are there deserve our deepest honor, respect, and thanks.

The Veterans Site adds its thanks and respect. If you have never been there, put Arlington National Cemetery on your bucket list. It is a very special place.