December 7, 1941. Pearl Harbor, Oahu, Hawaii. President Franklin Delano Roosevelt called that day, “a day that will live in infamy.” The Japanese attack that bright, early Sunday morning was furious and devastating to the American Pacific fleet. Indeed, it was the worst day the Navy, and the nation had ever experienced. Over the course of the attack, over 2,403 soldiers, sailors and Marines would be listed as killed in action and 1,178 would be wounded. All eight of the Pacific Fleet’s battleships were damaged, and four were sunk. The USS Oklahoma (BB-37) was one of those battleships that sank that day, taking 430 of her sailors and Marines to the bottom of the harbor with her.

In the first ten minutes of the attack, the Oklahoma was hit by eight torpedoes and she began to capsize. She would be hit by one more torpedo as she sank into the mud below her docking pier on Battleship Row. Thirty two of the crew who remained trapped within the huge ship would survive after a hole was finally able to be opened in one section of the massive hull. Over the next three days further banging could be heard from other parts of the hull, but it ceased by the end of the third day. The bodies of over 400 of the crew were later retrieved, but were unable to be identified, so they were buried together as “unknowns.” 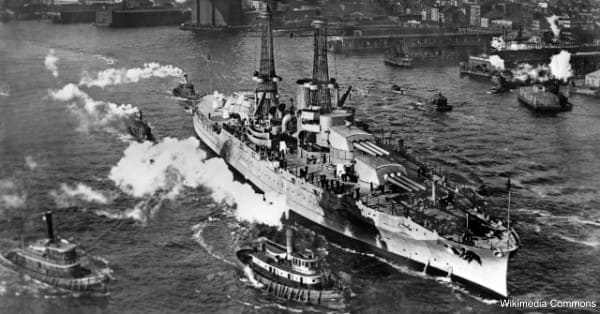 The USS Arizona leaving the harbor where it was built.

The battleship, USS Arizona (BB-39) experienced the greatest loss of men that day. 1,100 crewmembers would go to the bottom with her. The USS Arizona Memorial remains one of the most solemn of war memorials from that war. It has been visited by millions over the years since it was constructed over the massive sunken ship. 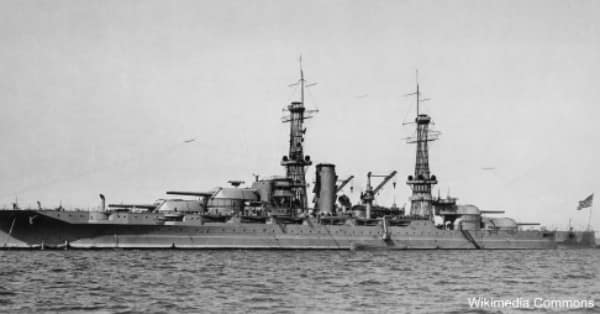 A major project is now underway by the Department of Defense to identify as many of those over 400 USS Oklahoma crew members’ remains as possible. New technologies and advances in science have made that more possible today. It is a long and painstaking effort, but it has already resulted in some success. Recently, five of those “unknowns” have been recently identified. They are:

75 years after these men went down with their ship a handful of them were finally able to make the trip home to their families. Their parents, and probably most of their siblings are gone now as well. Those family members had to live and mourn the loss of their loved ones the rest of their lives without the closure of a burial. But, because of this DOD project, the children and grandchildren of those five men were able to welcome home their family heroes. They are no longer “unknowns.”

The Veterans Site wishes to express its gratitude to those who fought, suffered, and died on that infamous day at Pearl Harbor over seven decades ago now. We are filled with joy knowing that those men of the USS Oklahoma, who have been listed as “unknowns” for 75 years, may all soon be identified and brought home to their families and to their native states. Of course, they were never really “unknown” to their families, or to this grateful nation, but to be able to finally identify each man, and to be able to bring them home, is gift beyond price. To these noble souls whose journey home has taken so long, we respectfully say, “Welcome Home!”