Capt. Antonio D. Brown, 30, was remembered by his commanding officer as a leader who “truly cared about the Soldiers in his charge.” Brown was one of the 49 killed in the June 12 massacre in Orlando.

The Army Reserve officer had served in Kuwait during the drawdown from Operation Iraqi Freedom, and as a Troop Program Unit soldier had been assigned to the St. Louis-based 3rd Battalion, 383rd Regiment, 4th Cavalry Brigade, 85th Support Command, since November 2013. 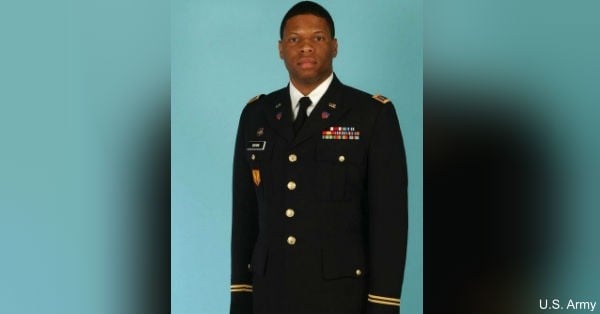 “Captain Tony Brown was a loyal and dutiful United States Army Reserve officer who truly cared about the Soldiers in his charge,” said Lt. Col. Kevin Dasher, commanding officer of 3-383rd. “[Brown] faced any and all challenges with a smile on his face, and an unwavering spirit that everyone in our unit cherished.”

The military is currently considering awarding Brown a Purple Heart. According to Army spokesman Lt. Col. Jerry Pionk, they “will need the facts and clarifications from law enforcement to make future determinations.” However, both the White House and the Justice Department have labeled the event a terrorist attack. And according to the Army Times, the criteria that awarded Purple Hearts to victims of shootings in Chattanooga in 2015 and Fort Hood in 2009 could apply to Orlando.

Brown was a member of the Reserve Officer Training Corps (ROTC) while he attended school at Florida A&M. The university published a statement in memory of their classmate and friend.

“In the meantime, the Florida A&M University community stands with the entire Orlando community in the wake of tragedy,” the statement read. “Our thoughts, and prayers for peace, are with everyone in central Florida and across this nation.”

Defense Secretary Ashton Carter said he was “deeply saddened” by Brown’s death, and lauded the soldier as a protector of Americans’ civil liberties. Carter called the attack in Orlando “a cowardly assault on those freedoms, and a reminder of the importance of the mission to which Capt. Brown devoted his life.”

While we mourn the loss of Capt. Brown, were it not for the actions of another veteran working at the nightclub where the attack took place dozens more could have been killed. Read more about former Marine Imran Yousuf in this story.