What started as a spare-time hobby for Sister Maria Innocentia – original name of German Berta Hummel, who eventually took vows as a member of the Congregation of the Franciscan Sister of Siessen – became a well-known collection of antiques. Curious how her paints and drawings turned into the massively popular figurines? Read below for all the details! 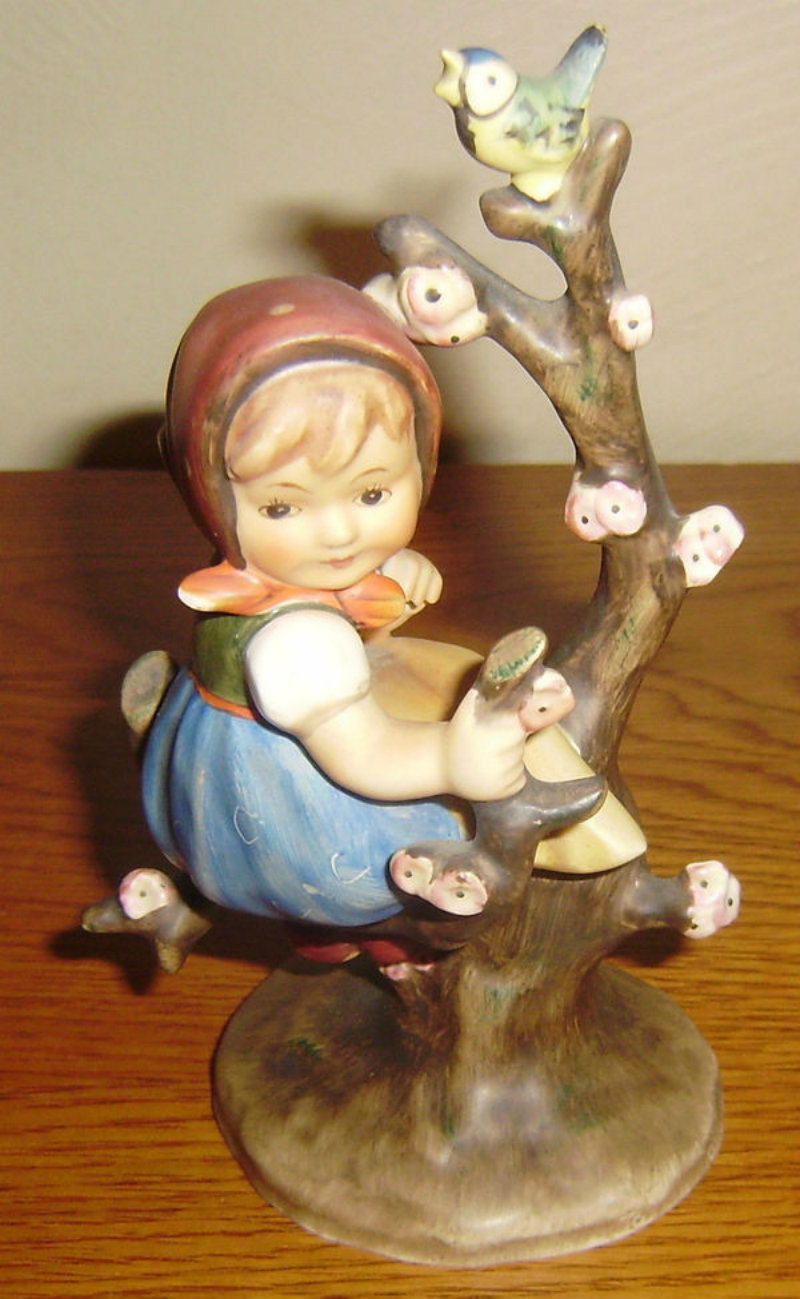 How old are they? According to Collectors Weekly, Hummel’s fellow nuns sent her artwork to religious art publishers, who were impressed by her talents – but it wasn’t until 1933 that the head of Goebel Pottery saw her work and proposed transforming her paintings and drawings into figurines. Though the convent had to approve all figurines before they were released publicly, the agreement worked out – and the first figurines were introduced in 1935. Hummel herself died in 1946, though Goebel continued producing pieces under the Hummel name until 2008.

Why did they become popular? For a few reasons – Goebel himself, according to Dr. Lori, thought the figurines’ sweet and gentle look would be a welcome relief for countries rife with political turmoil in the midst of the 1930s and eventually World War II. Toward the end of the 1940s, according to Collectors Weekly, US soldiers frequently brought Hummel figurines back to the states, which is how the popularity soared in the US. Though M.I. Hummel herself died in 1946, Goebel continued producing new figurines for decades afterward. 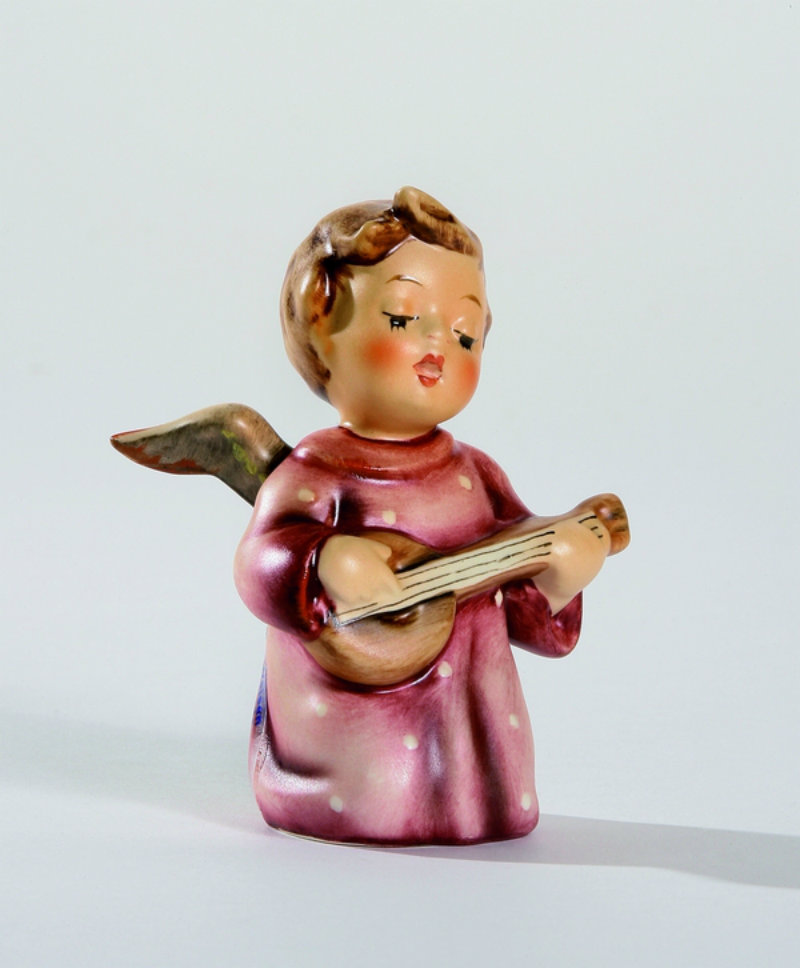 Are they tough to find? Not generally, though there are definitely specific figurines that are rarer than others – and if you already have a collection going, finding particular figurines that you don’t already have might be more of a challenge. There is, as with most antiques, also the risk of buying reproductions rather than the real deal.

How much do they cost? Hummel figurines have recently dipped in value, so they generally can be found for between $20 and $50 – though most of the time under $100. Older pieces could go into the hundreds, though. 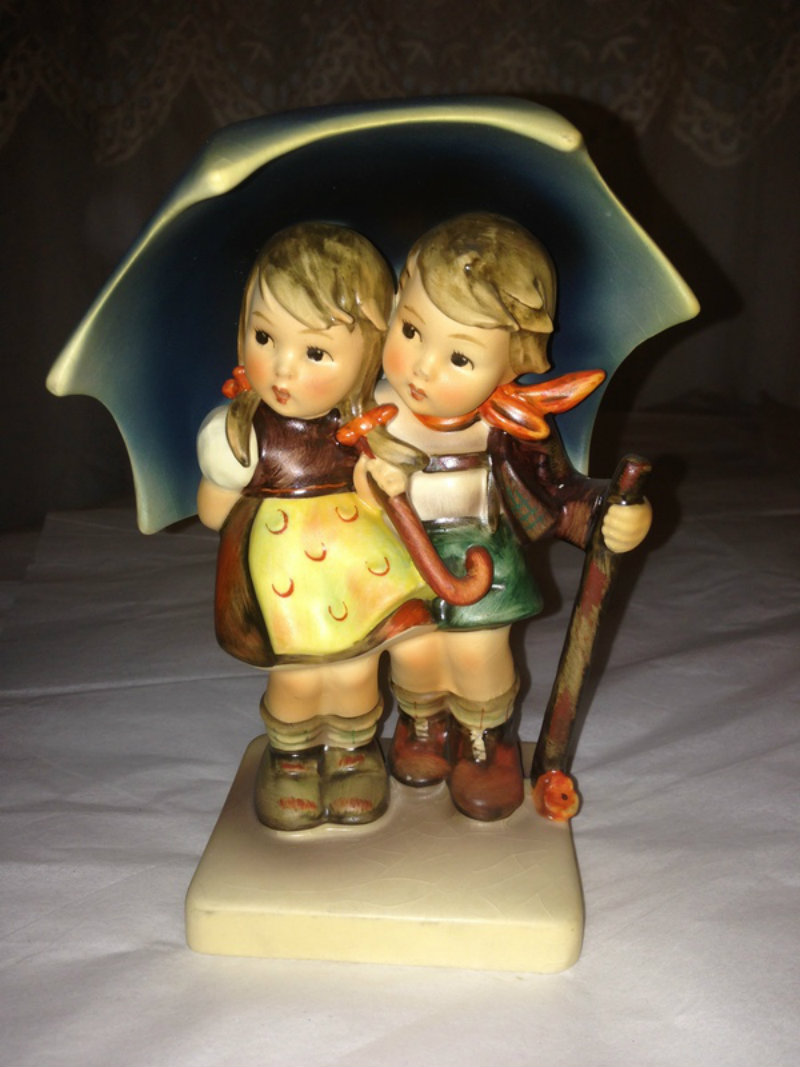 What are some identifying features?

– Goebel mark: The Goebel mark on the bottom of the figurine is a great indication of when the figurine was made. Check out this trademark chart from Apple Tree Deals, which offers a detailed look at each stamp and what time frame it corresponded to. The years 1956 to 1959 are probably the toughest to identify, because the marks all look so similar. Thankfully, unlike some collectibles, Goebel always stamped its pieces with a company mark.

– Hummel mark: As Dr. Lori explains, there is a mold number on authentic Hummel figurines on the bottom, alongside the Goebel mark. The number is imprinted and offers a clue as to which figurine it is and how old it is. Antique HQ has a great explanation here of how to interpret size designators as well, which indicate that the piece is not an original production.

– Condition: As with most antiques, condition is a key indication of value. Cracks, chips, and broken figurines will not be worth as much as figurines in good condition, so always inspect each piece carefully to make sure it’s in tact.

– Name: If you happen to know the name of the figurine, you can use that to figure out its age – when it was made, if reproductions were made, etc. Click here to see Antique HQ’s list of both figurine names and Hummel numbers.