12 Surprising Facts About The American Flag You Never Knew

The Stars and Stripes, Old Glory, the Red, White and Blue — the American flag goes by lots of names, but whatever you call it the flag invokes freedom and liberty wherever it is seen and inspires hope across the nation and around the world. From flying here at home to being carried across the battlefield, the American flag is the symbol of the greatest country on earth.

With 13 red and white stripes, and 50 stars in a field of blue, the American flag is one of the most recognizable symbols in the world. It has been carried to the highest peaks and furthest places, even taken to the moon, and many Americans around the country proudly fly it at their home or business.

1. The Origins of the Flag 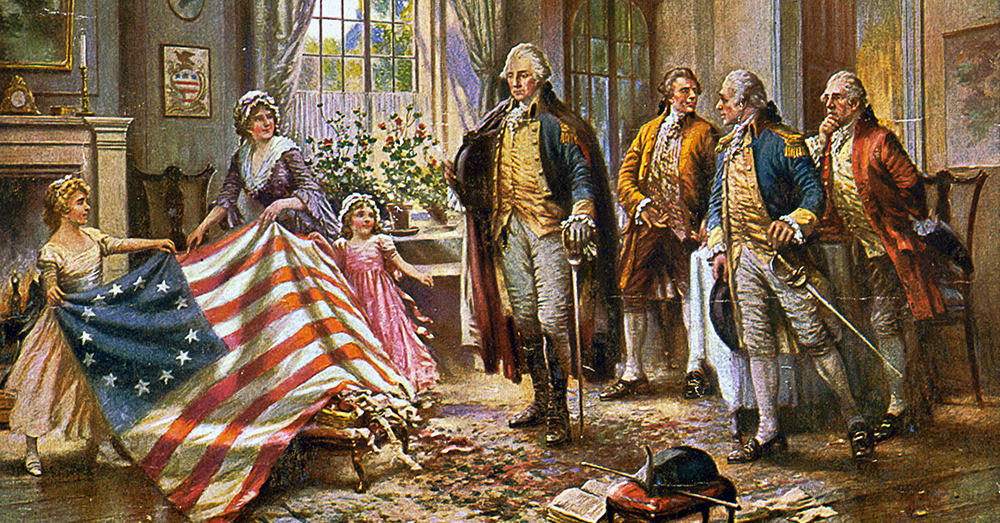 Library of Congress — The painting “The Birth of Old Glory” by Percy Moran depicts Betsy Ross giving the first flag to George Washington.

It’s well known that Betsy Ross sewed the first American flag for George Washington at her home in Philadelphia — or at least that’s what many elementary school books have taught for years. Historians, however, don’t find much or any credibility to that story. It was Betsy Ross’ grandson who first made that claim in 1870, but the Journals of the Continental Congress identify Francis Hopkinson as the designer of the first official flag of the United States in 1777. Hopkinson also claimed to have designed the Navy’s flag and other symbols, and billed Congress for them.

In either case, the Second Continental Congress passed the Flag Resolution on June 14, 1777, which stated: “Resolved, That the flag of the thirteen United States be thirteen stripes, alternate red and white; that the union be thirteen stars, white in a blue field, representing a new constellation.” Flag Day is still observed each year on June 14, though it is not a federal holiday. 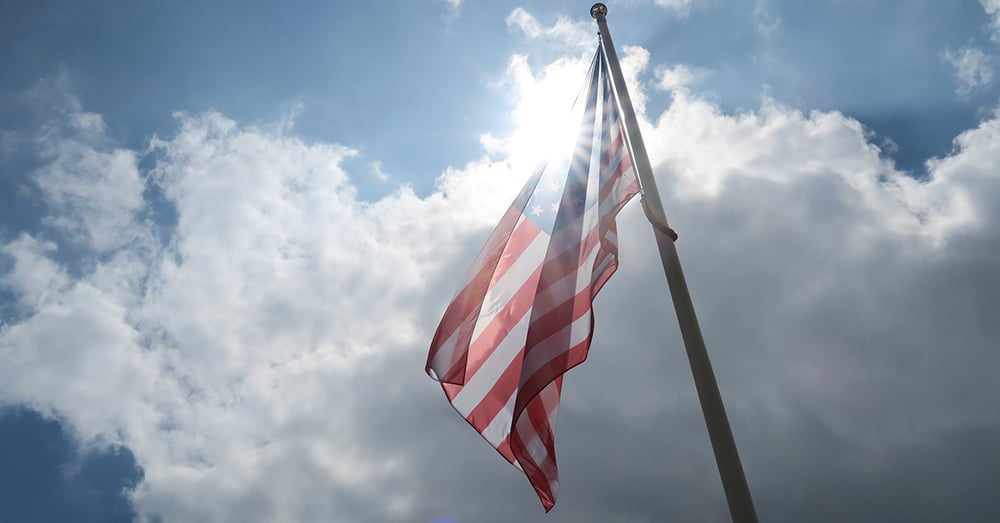 Pixabay/MaartenB — The American flag flying high on a sunny day.

The Flag Resolution of 1777 established the American flag as having 13 red and white stripes. Those stripes, along with the original 13 stars, represented the original 13 colonies that formed the United States of America. However, the flag briefly had 15 stripes instead of 13 stripes. That happened when Vermont and Kentucky were made the 14th and 15th states, and two extra stripes and stars were added to include them. The flag was changed back to having the original 13 stripes, but the addition of a new star for each new state was adopted by Congress in 1818. 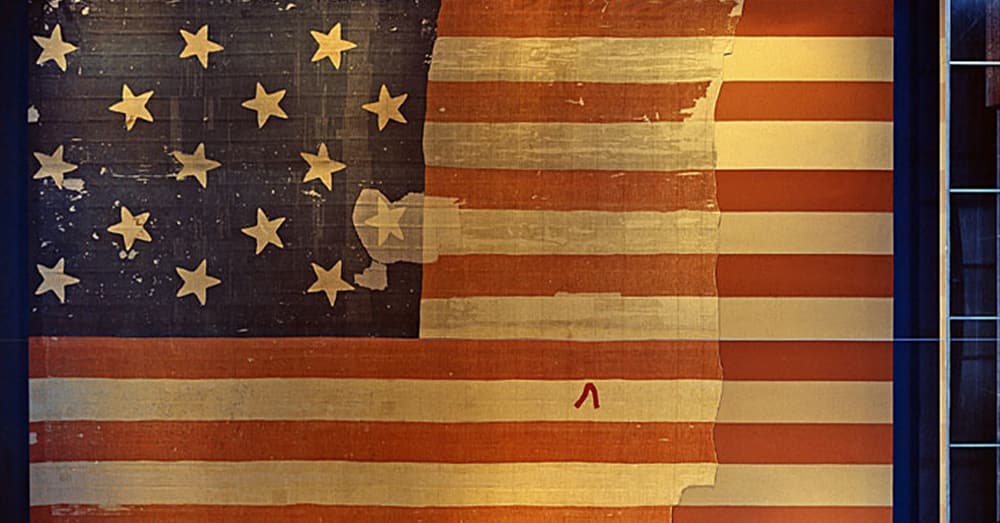 Smithsonian Institution Archives — The original Star-Spangled Banner, which flew over Fort McHenry in 1814 and inspired the words of our National Anthem.

When Francis Scott Key wrote the poem “Defence of Fort M’Henry,” better known as our national anthem “The Star-Spangled Banner,” he was actually writing about a real flag. During the War of 1812, lawyer and poet Francis Scott Key witnessed Fort McHenry being bombarded by British ships. When the saw that the fort survived the attack and fort’s flag was still there in the morning, he was inspired to write the poem that has become immortalized as our national anthem. The actual flag the inspired him at Fort McHenry was a 15 star/stripe flag. It survives to this day an is on display at the Smithsonian National Museum of American History.