Soon, you’ll be able to purchase a hardcover book featuring large glossy images of wounded veterans — but these aren’t your typical photos!

In 2012, professional photographer Michael Stokes took snapshots of a US Marine who had survived a bombing in Afghanistan. The marine had lost part of his leg in the explosion, but his confidence prompted Stokes to shoot the photo in a more sensual style — focusing on the beauty of his figure rather than the amputation.

Inspired by the marine, Stokes featured a chapter on wounded vets in a book he released last year called Bare Strength. Now, this year, he’s started a Kickstarter campaign to raise money for two new books of photography — one of which exclusively features wounded vets.

“If they want to be on the cover of romance novels, I can make that happen,” Stokes told The Telegraph. 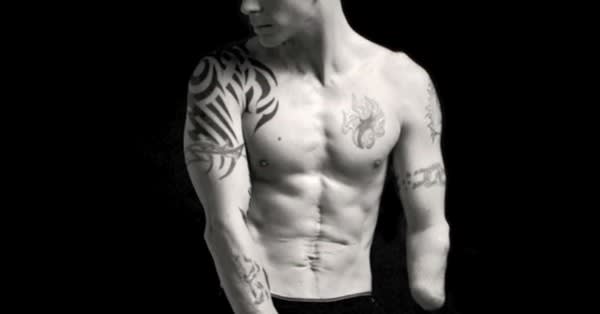 These titillating images are not your traditional stereotype of dashing military men in full uniform and buzz cuts. The warriors in these photos are wounded, scarred, and missing limbs, but they’re incredibly fit, well-muscled, often draped with tattoos, and, well — smokin’ hot. The book features 13 men and 1 woman.

Each model had a say in how they posed, and Stokes helped them decide. This way, they had more control over how their images were marketed.

The book of wounded veterans is titled Always Loyal, and is a hefty, hardcover photo book (with a dust jacket) of both colored and black-and-white images.

It features 14 different wounded veterans of The Gulf Wars from the United States Army, Navy, and Marines. There is a bio page for each veteran, outlining his/her service and the details related to his/her injuries. Most of them lost at least one or more limbs from IED attacks — but all of the vets look vibrant, healthy, and gorgeous. 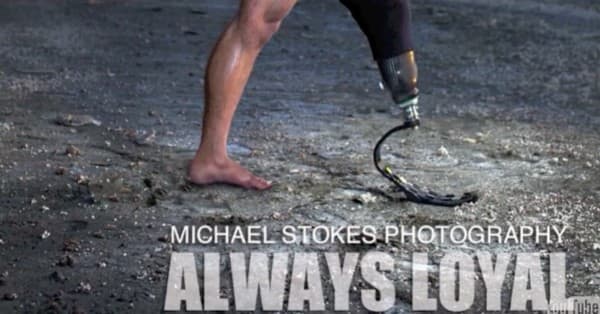 Check out our other posts featuring wounded vets: the true love between Taylor and Kelly and the incredible strength and dancing skills of Noah Galloway.