Following the September 11, 2001, terrorist attacks on the World Trade Center and the Pentagon, the United States responded by deploying military personnel in Southwest Asia. By January 2002, more than 30,000 active duty were involved and additional reserve personnel continue to be called to duty.

Studies show that United States (US) service members who served in the wars in Afghanistan and Iraq faced long and often multiple deployments and a constant risk of injury and death. In addition to exposure to many traumatic events, service members experienced repeated disruption of connections with family members and friends. Further, these veterans now face unique health risks, including traumatic brain or spinal cord injury, infectious disease, and mental health issues such as post traumatic stress disorder (PTSD).

The troops involved in the evacuation were witness to heartbreaking horrors that should never have occurred.

The Taliban were allowed to be involved with the evacuation, while even children were trampled trying to escape, Task & Purpose reports.

“We had 400 Taliban fighters beating people with sticks,” said retired Gen. Frank McKenzie, the head of U.S. Central Command at the time of the withdrawal. “It’s not what you want, but you’re in the land of bad choices now.”

The world watched as desperate Afghans clung to the sides of an Air Force C-17 Globemaster II, falling to their deaths moments after the plane took off.

Soldiers and Marines recalled waiting at the airport just steps away from Taliban fighters, who were not hesitant to aim their weapons at American and allied forces. Powerless to help, the U.S. troops witnessed women being executed after sending them away, and the same when one of the Taliban’s own had fallen asleep in a rolling chair and accidentally discharged his weapon into the ground.

Moments like these left strong feelings of anger and frustration among those troops evacuated from Afghanistan.

“We were taught in special operations, for example, that everything we do is by, with and through the indigenous populations of the places we work,” Mann told The Hill. “You do not abandon them, you do not leave them.”

Mann said the abrupt departure left a “moral injury” caused by “a violation of your own moral code by those in charge.”

He has now made it a mission to help those Afghans who risked their lives for America’s war, and wrote a book about his experience organizing an escape route to help evacuate an Afghan soldier he mentored.

“There’s nothing that we wouldn’t have done for him, and when we realized that nobody else was coming. We just put our little team together,” Mann said. “We didn’t go over there. We just used our relationships and Signal chat rooms and became his eyes and his ears.”

Mike McLaughlin, Blue Earth County veterans service officer who was sationed in Iraq, says it’s important to remember the stories of the American troops who served in Afghanistan.

“After all, they gave their blood, sweat and tears — and sometimes body parts,” he told The Free Press.

This is sadly true for Jack Zimmerman, 33, of Elysian, who served an Army specialist in Afghanistan. In March 2011, Zimmerman was seeking cover from enemy fire when he stepped on an IED. The explosion and resulting injury resulted in the loss of both legs and three fingers. Since then, Zimmerman has undergone more than 20 operations to heal, but he will never forget his tour of duty.

“It changed my life forever,” he said. “I lost both my legs and I lost my best friend there.”

It’s been more than a decade since Zimmerman left Afghanistan, but he never regrets the work he did while he was there.

“I know while I was there I did a lot of good for a lot of people,” he said, admitting that it is still frustrating tyring to understand the reasons behind the withdrawal.

Many veterans of the 20-year war in Afghanistan are still wrestling with mixed emotions about the evacuation.

“To add moral insult to moral injury, we abandoned tens of thousands, if not hundreds of thousands of our allies who assisted us over the course of 20 years,” Cole Lyle, who joined the Marine Corps in 2008 and deployed to the country in 2011, told The Hill. “And we lost 13 service members in the chaotic evacuation largely as a result of the conditions on the ground that existed because it was such a chaotic withdrawal, and the Taliban was able to advance to the country as quickly as they did, and it created a very untenable, chaotic situation.”

There are still over 100,000 Afghans facing risks in their own country due to their ties to the U.S or its military presence.

It will take time to help heal the physical, mental and “moral injuries” inflicted on those who left part of themselves in Afghanistan.

“That injury is the most insidious of all injuries because it’s the injury of the soul. It’s not something that you can treat with drugs or group therapy or individual therapy. It’s not even something that VA [the Department of Veterans Affairs] can address,” said Matt Zeller, an Army veteran who served on an embedded combat advisory team while deployed to Afghanistan in 2008.

“The most effective way I know, to heal from the moral injury that we’re all reeling from right now. From the abandonment of our Afghan allies, is to help get them to safety,” he added. “And I’m proud of everyone who served alongside me and all the things that we accomplished,” he added. “I don’t think any of it was squandered.”

To those veterans who think their service in Afghanistan was meaningless, “it’s not for nothing,” Lyle reassures. “At the very least, the experiences that you had, and the relationships that you build and maintain, the sacrifices you made, helped build who you are today and molded the character and the person you are today — which is someone that has the capacity to continue serving.”

As of Aug. 22, the Department of Defense has recorded 2,461 total American casualties over the 20-year war in Afghanistan. Another 69,000 Afghan national military and police were killed in the war, and more than 52,893 opposition forces were believed to have been killed, according to the Cost of War Project at Brown University.

Help us honor the sacrifices of those who served in wars in Iraq and Afghanistan. Click below to sign the pledge and make a difference!

Pledge To Honor Veterans Who Served In Afghanistan 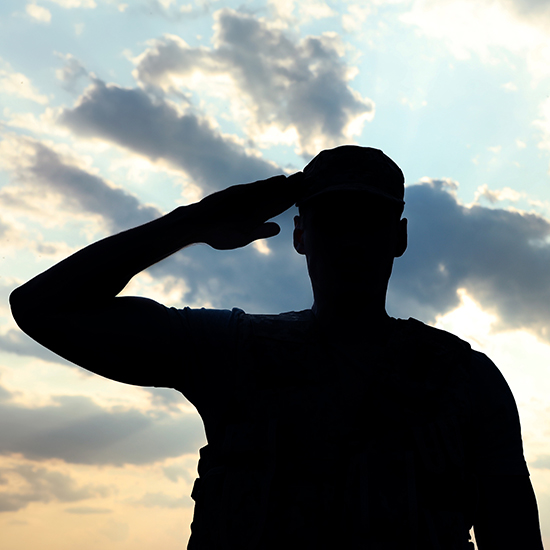 When the final United States soldiers were pulled out of Afghanistan in August 2021, the abrupt and chaotic evacuation left a “moral injury,” and anger and frustration in many veterans.

It’s now up to us to help heal the “moral injuries” inflicted on those who left part of themselves in Afghanistan.

Sign our pledge and honor the sacrifices made by U.S. troops who served in the war in Afghanistan!