This article is written to raise the level awareness of what our returning warriors so often face coming home and to encourage a societal commitment to them in honor of what they have endured on our behalf.

We have all heard the term PTSD in reference to some of the psychological injuries that often affect those who have been in combat and who have experienced the traumas of the battlefield. The things that combat veterans have seen, and participated in are beyond the norm, beyond the scope of everyday life for the majority of people.

This is the real difficulty of war, in combat human beings are often taken to the darkest edges of human behavior and beyond.

Of course, this is not new in human history. War is part of the sad legacy of our still immature humanity. The fact is that warriors have gone off to war and returned home changed by the experience from the very beginnings of human history. 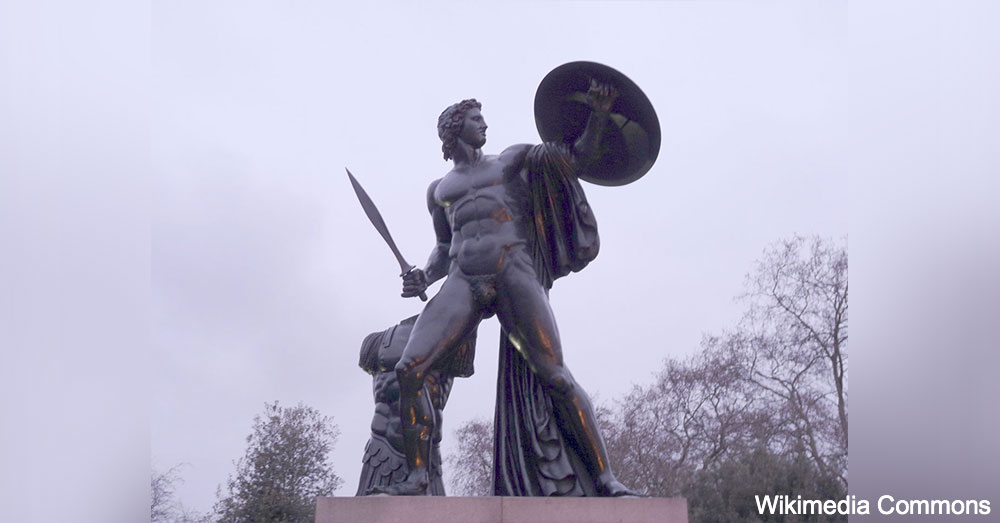 A statue of Achilles in Hyde Park, in London.

One of the greatest authors in the Western tradition is the Greek poet, Homer. In his classic, epic poems, The Iliad, and The Odyssey, Homer gives us vivid descriptions not only of the heroic deeds of warriors on the battlefield, but also of the effects those experiences have on the individual warriors.

Dr. Jonathan Shay, a clinical psychologist who worked with the Veterans Administration, has written extensively about his insights into battlefield trauma, using two epic poems by Homer, The Iliad, and The Odyssey. He sees in the events and the behaviors of the heroes of these two poems, Achilles and Odysseus, real evidence as to the recognizable and debilitating stresses that arise from the trauma of war and of coming home for today’s warriors.

The Iliad begins with the great hero Achilles’ rage. In fact that is the first word of the poem. Dr. Shay in his analysis of what he calls “moral injury” believes that this kind of deep injury is often revealed in a form of rage that is the result of three things:

There are universally accepted moral codes, and there are additional moral codes that are unique to a culture, even to a family. 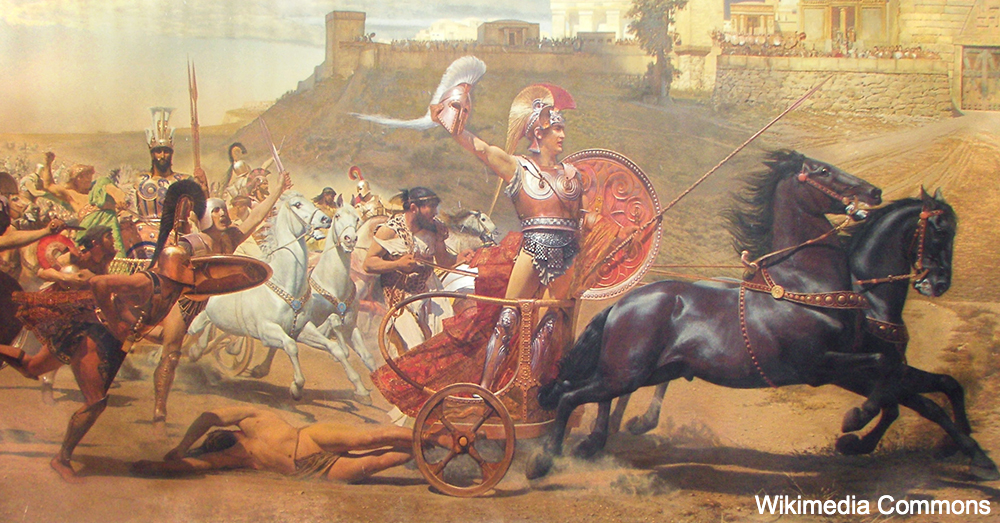 In the case of Achilles, we see that his rage is the result of having Briseis, a women he had gained as a spoil of war, taken from him wrongfully by Agamemnon, the King and leader of the Greek army against Troy. In doing this, Agamemnon has unjustly broken the common, long standing warrior’s “moral code” of his day. He does so using his legitimate authority while in the midst of the stressful situation of the war against Troy. Achilles’ rage at this “injustice,” this moral injury, is beyond rational bounds and is consistent with Dr. Shay’s three-part assessment above.

In one of the scenes toward the end of the poem, Achilles returns to the battlefield after his best friend Patroclus, who had gone into the field dressed in Achilles’ armor, is killed by the Trojan hero, Hector. Achilles’ rage blows up and overwhelms his reason. He kills Hector in hand-to-hand combat, then lashes Hector’s body to the back of a chariot and drags it unceremoniously around the walls of Troy several times, dishonoring the Trojan hero’s body and his reputation as a noble and respected warrior. He refuses to return the body to the Trojans denying Hector the honor of a warrior’s natural burial rites. His rage at this time is beyond all proportions. He leaves the body to rot in the open, which is a complete denial of his own moral code. His rage has blinded him completely. 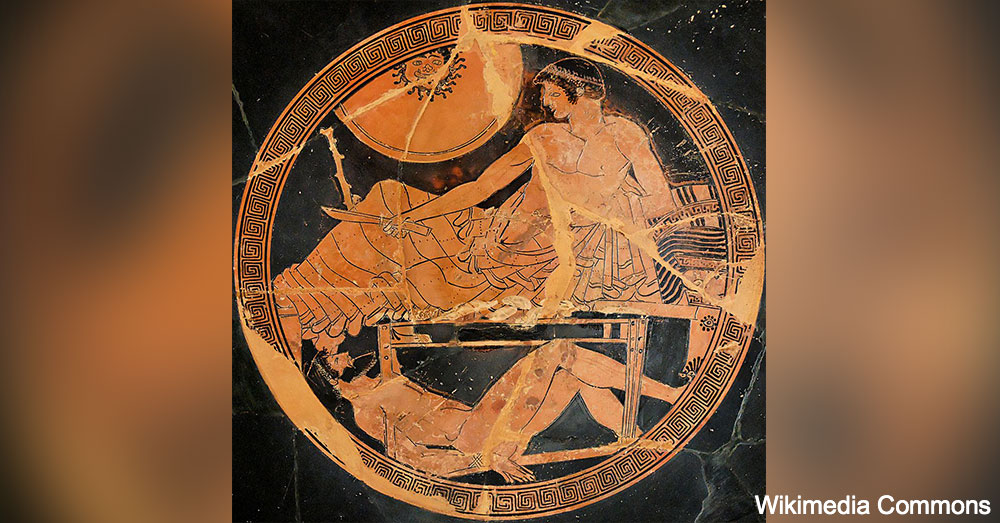 Only the bravery of Hector’s father, King Priam of Troy, causes him to relent. Priam comes into the Greek camp disguised, under cover of night, and appeals to Achilles personally for his son’s body so that he can be given the burial and mourning honors due to a noble warrior. Priam’s speech moves the great Achilles deeply. It brings him back to himself. Priam’s words finally touch the heart, the soul, of Achilles. It awakens his moral core once again and the walls of his rage collapse before the bravery and the tears of Priam’s love for his son.

Achilles’ own rage turns into tears and he relents, giving Hector’s body back to Priam. He then orders several days of peace to allow the Trojans proper time to mourn the loss of their beloved hero, Hector. Achilles himself is destined to die on the battlefield before the walls of Troy. He would not return home, which is the dream of every warrior who has seen and experienced the horrors of war.

Odysseus, one of the great champions of the Greek army does return home after the Greek victory over Troy. The Odyssey is the account of his long journey home. The journey takes ten years. He undergoes many trials and tests that delay his return to home and hearth.