The truth of reality is that everything that comes into being ultimately comes to an end. And so it is with this icon of military air power beloved by the troops on the ground for its unique toughness, its fierce, close-air-support and the distinctive growl of its GAU-8 Gatling-style auto cannon. Yes, the A-10C Thunderbolt, known to the troops as the “Warthog,” has recently had its last upgrade completed for service at Hill Air Force Base in Utah.

The last one built bears the tail number 80-0252. There will be no more produced after this.

173 A-10s were fitted out with new wings that were built at Hill AFB, Utah and are currently undergoing the last stages of flight testing there. The work has been done by the 571st Aircraft Maintenance Squadron. They have been upgrading the A-10 fleet with new wings that have taken the original now 40 year old design and upgraded it with a new harness design that makes it easier and less costly to remove and maintain the wings on the A-10. These last-of-the-breed fighters are expected to operate for up to 10,000 flight hours, which is approximately the next 20 years. 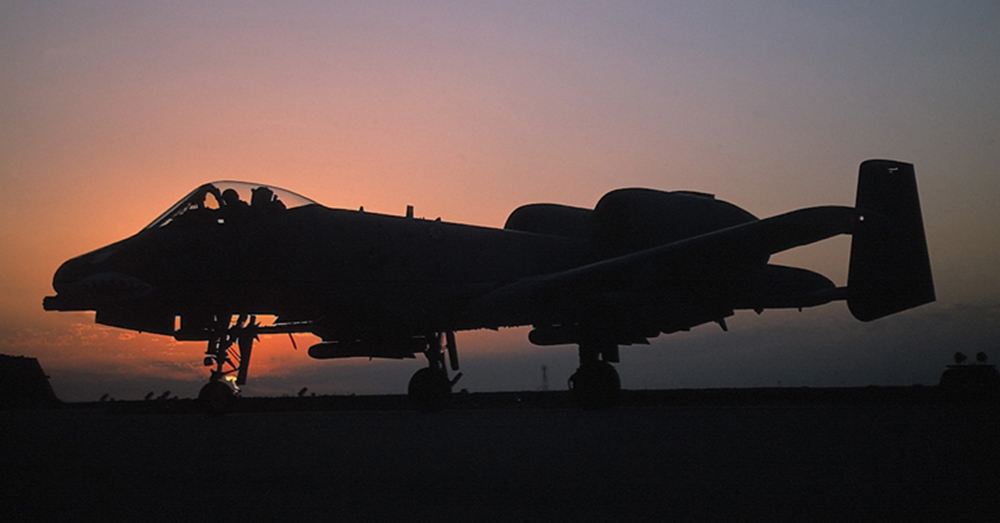 This awesome warfighting platform has been in operation since 1977. It has proven its value as a close-air-support fighter on countless occasions during its lifetime. It has endeared itself to the troops on the ground for its “ugly,” intimidating and powerfully effective presence over them when they were in trouble. When troops find themselves in the thick of it with the enemy, to look up and to see those A-10s coming overhead and then hearing that menacing “brrrrrrrrrt” of their 30mm gatling-guns coming down from the sky, putting such focused and devastating power onto the enemy, always elicits a sense of awe and gratitude in them that such a “beast” is on their side. 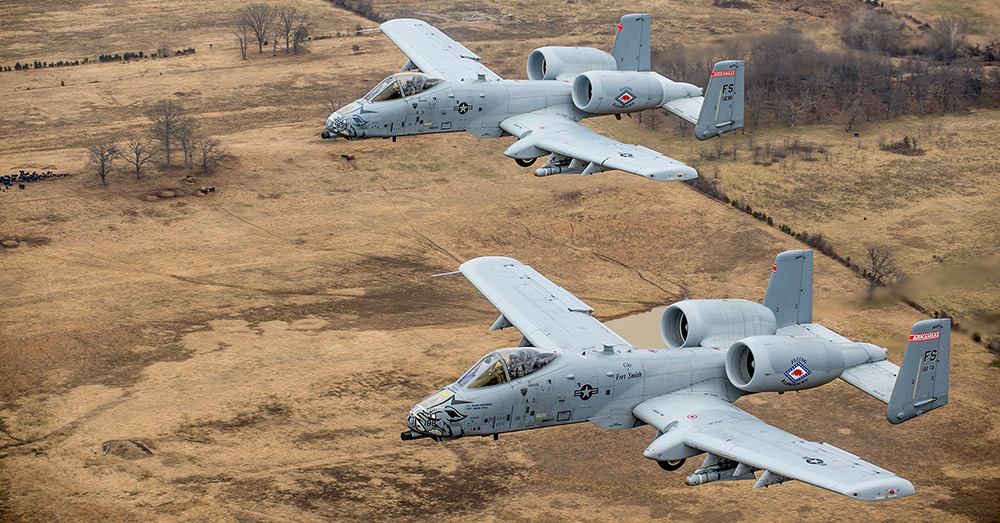 Source: Wikimedia Commons
The “Warthog” is known for bringing firepower up close to the enemy.

The A-10 Thunderbolt, or as it is endearingly known by the troops, the Warthog, is loved by those who fly it too. It has proven to be the most effectively designed close-air-support platform ever. Those who fly it love how it performs and for the fact that they have been able to bring that kind of power up-close-and-personal to the enemy in support of their brothers and sisters on the ground. It can stay in the fight for an extended period of time, bringing devastatingly destructive power upon the enemy with many forms of munitions. But the most distinctive weapon it brings to bear on the enemy is that monster, GAU-8 Gatling-gun that spits out armor piercing, tank killing, 30mm rounds at a rate of 70/second. 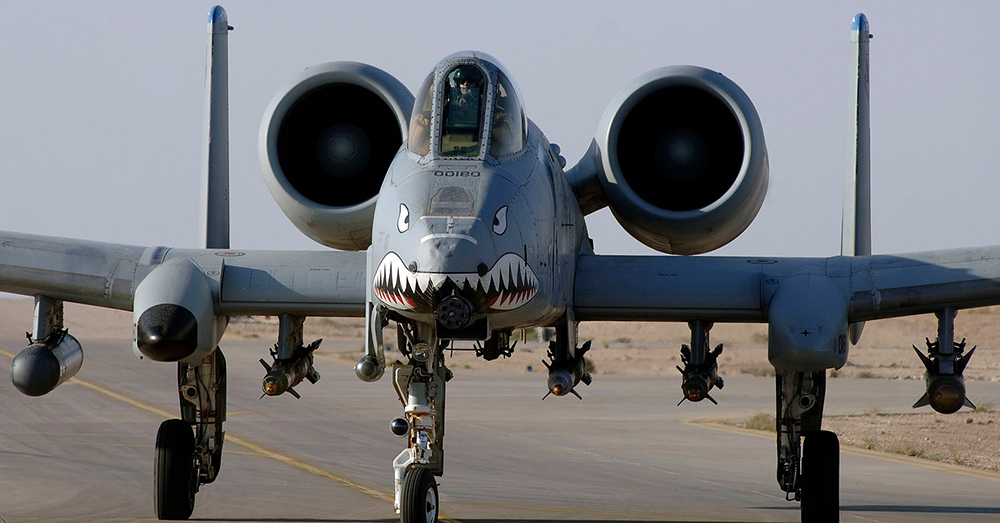 Source: Wikimedia Commons
The sound of the A-10 Thunderbolt’s gatling gun is unmistakable.

But that is not the only reason those who fly it love it so much. It is built like a tank. It was built to survive. The pilot is surrounded by titanium armored plating that protects him or her from ground fire. The plane was designed with triple-redundant systems that enable it to be flown even when heavily damaged. I have written several stories about pilots, men and women, who have managed to bring severely crippled Warthogs back to base, even flying their wounded bird essentially “by wire.” 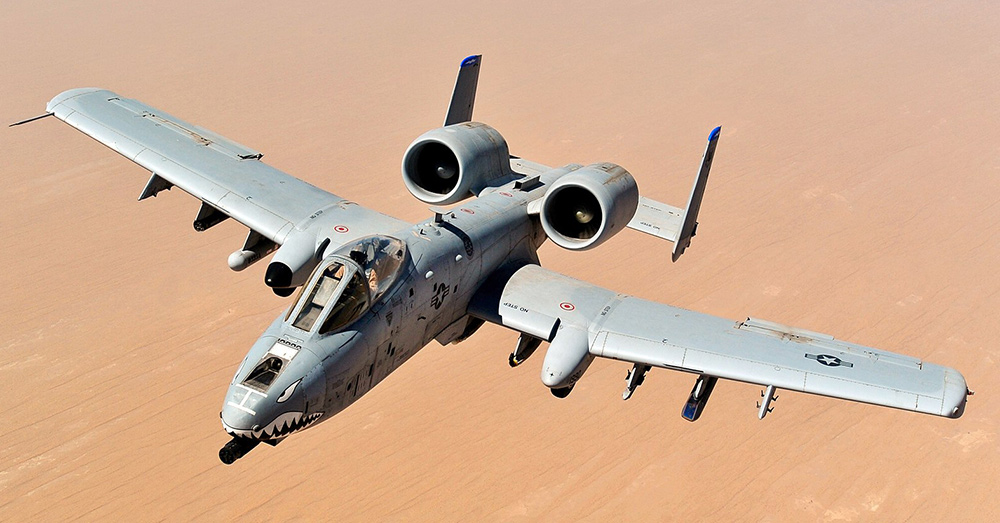 It is always sad to see the end of something come. This magnificent machine has served its purposes well. It will be sorely missed. But for now, we can take solace in the fact that these newly built A-10Cs will be in service for at least another 20 years.

That is good news at least for those who are still in the fight against terrorism around the world.

The final A-10 Thunderbolt bearing the tail number 80-0252 belongs to the 23rd Wing, Flying Tigers at Moody AFB, Georgia. That unit traces its lineage back to the famous Flying Tigers of WWII who painted the noses of their P-40 Warhawks with sharks teeth.

The Veterans Site sends its thanks to the members of the 571st Aircraft Maintenance Squadron at Hill AFB for their work on these new wings for the A-10C Thunderbolts. We say to the pilots that will be flying these A-10Cs in support of our troops over the next two decades, “Aim High, Fly-Fight-Win!”