When Howard Banks heard vandals trying to destroy the American flags outside his Dallas home, the 92-year-old WW2 veteran quickly rushed outside to stop them. Since being blinded by a flare in Iwo Jima, Banks couldn’t see the attacker clearly, giving the assailant time to push the former Marine to the ground, and then flee. 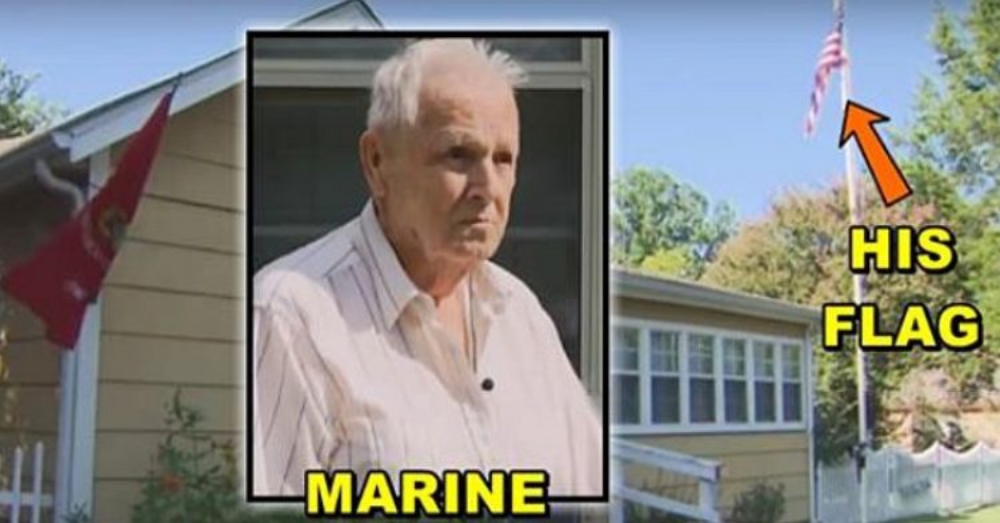 “We’ve honored our flag all that time and doggone it, with our political climate the way that it is, we need something to rally around, and that’s our flag,” Banks told the local news, noting this wasn’t the first time vandals tried to damage his patriotic display.

But Banks, who displays an American flag and U.S. Marine flag in his yard, proudly flies his colors high. “Once a Marine, always a Marine. I try to live that way,” he said.

But while police investigate this cruel assault of an elderly veteran, Banks was treated to another surprise: an unexpected visit from fellow Marines. They offered the WW2 hero a free flight to visit the World War II Memorial in Washington, DC. 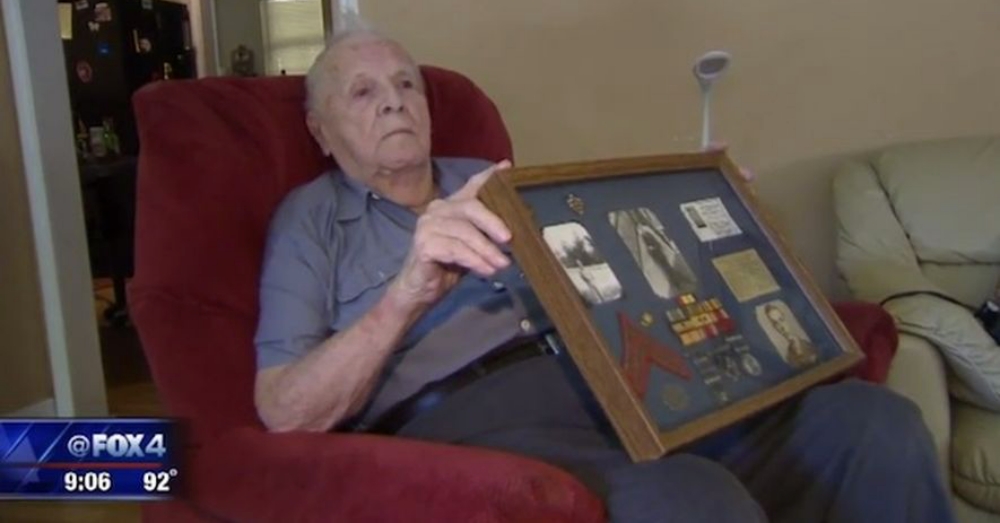 “You know, first, you start messing with the American flag, I get real hot under the collar,” Michael Jernigan, a Marine corporal working for the Blinded American Veterans Foundation, told local news crews. “And then, when I found out that they yanked the Marine Corps flag down, that made my bottom spicy.”

“This guy is living history. He’s a national treasure,” Honor Flight Director Kory Ryan agreed. “People should be lined up on his porch to talk to him, not ripping his flags down.”

What do you think of this story? What would you do?