As the 82nd Airborne Division continues to celebrate its 100th birthday, the weekly All American Legacy podcasts and videos can be found on YouTube, iTunes, and Google Play. The podcasts feature many veterans of the division, who not only talk about the history of the 82nd Airborne but also give their own personal accounts of those dramatic, heroic events. That personal touch brings the history to life and makes the podcasts well worth listening to.

“This is our centennial, our 100th anniversary, and the entire calendar year of 2017 is a celebration of our legacy,” said Lt. Col. Joe Buccino.

You can take part in the celebration as well by listening to the podcasts, watching the videos, or checking out the 82nd Airborne Division’s social media accounts. With such a long, rich history of service, dedication, and more often than not being the “first through the wall,” the men and women of the 82nd Airborne Division have earned the respect of the nation they have fought so long to protect. Every American owes a debt of gratitude to them, from the first members of the 82nd Infantry Division who came together from every part of country to the soldiers serving today for the United States of America. The division hopes that its legacy — put on full display during its centennial celebration — will inspire more brave men and women to serve with courage and honor as well.

Get a first-hand view of what it’s like to be an 82nd Airborne Division Paratrooper in the video below!

Now check out this news footage from the 2017 All American Week hosted by the 82nd Airborne Division at Fort Bragg, North Carolina!

The Veterans Site wishes all members of the 82nd Airborne Division, past and present, a very happy 100th anniversary! We are truly thankful for everyone who has served! 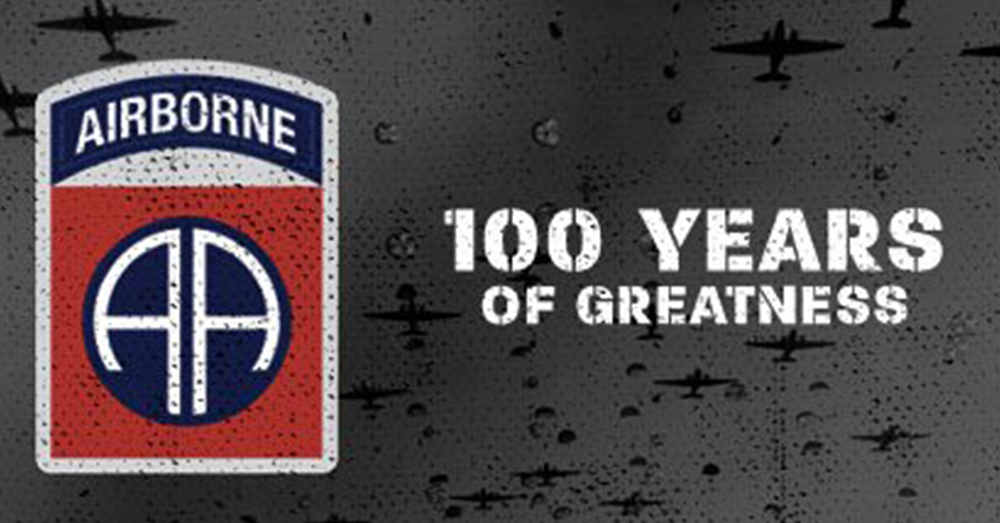