Wherever the world has needed a fighting force, the Army’s 82nd Airborne Division’s paratroopers are ready, willing, and able to get the job done. They’e been doing it for a century, and they don’t intend to stop that legacy of honor, courage, and devotion anytime soon.

“For the past 100 years, our Nation’s leaders have relied on the All American Division to uphold the Constitution’s ideals,” the 82nd Airborne Division said on Facebook. “Cultural transformations, economic fluctuation, and technological revolutions have come and gone. The Double A patch remains. So it will for the next 100 years.”

To celebrate their 100th birthday this year, the 82nd Airborne Division is holding a year of events to commemorate all of the brave men and women who have put on the uniform — and the parachute — during the past century. A weekly podcast is produced and shared on social media, covering the division’s history, with stories of valor and interviews with veterans from the 82nd Airborne.

A public training exercise was held at the division’s home of Fort Bragg, North Carolina, in May, during the 2017 All American Week. Members of the 82nd Airborne demonstrated their aerial precision and fighting capabilities, with thousands of paratroopers taking part in the event. According to WNCN, the paratroopers were joined by members of the public, including local youth who are mentored by the soldiers, and even visiting military personnel from other countries. 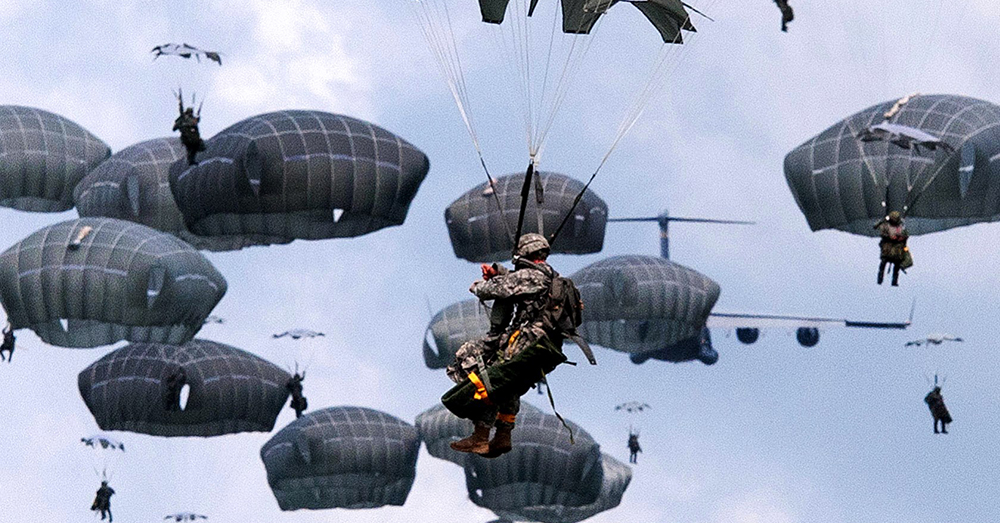 Along with the weekly podcasts and videos, which focus on the military history of the 82nd Airborne Division starting in World War I and moving forward to the present, the 82nd Airborne is also having a lot of fun with their centennial celebration as well. On social media in particular, the paratroopers have been having fun with images and current events. On the day of the total solar eclipse, August 21, they released an image of the solar eclipse with 82nd Paratroopers descending in front of it.

The caption of the image read, “It takes years and perfect alignment for the moon to fully block out the sun and witness a full solar eclipse; today, the continent looks up and pays attention. When Paratroopers fill the sky to block the sun, no moon required; the whole world takes notice.”

At first, many who saw the image thought it was a real photograph, perfectly timed. The 82nd Airborne made it clear, however, that it was only a photo illustration — two separate images juxtaposed together. In what seems to be a playful nod to the confusion over that image, another one was posted to Facebook and Twitter on Wednesday of the 82nd Airborne parachuting on dinosaurs. “Want to know the real reason the dinosaurs became extinct? Follow the 82nd Airborne Division on Facebook and Twitter (@82ndABNDiv),” the image’s caption read, adding, “NOTE: THIS IS A GRAPHIC ILLUSTRATION AND NOT AN ACTUAL PHOTOGRAPH OF DINOSAURS.” 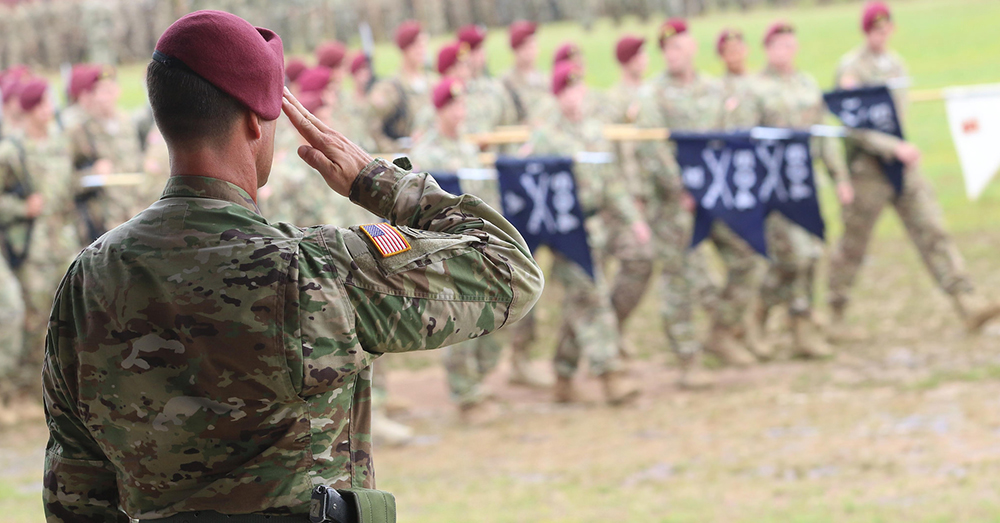 Military leaders, fellow veterans, politicians, and even some celebrities have been getting in on the action to wish the 82nd Airborne Division a happy 100th birthday as well. On Friday, former professional wrestler turned actor Dwayne “The Rock” Johnson shared a video on Facebook wishing the division a happy birthday. “Honestly,” he says in the video, “from deep down in my soul, in my bones, in my guts, in my bloodstream, I just want to say thank you so much for your service.” 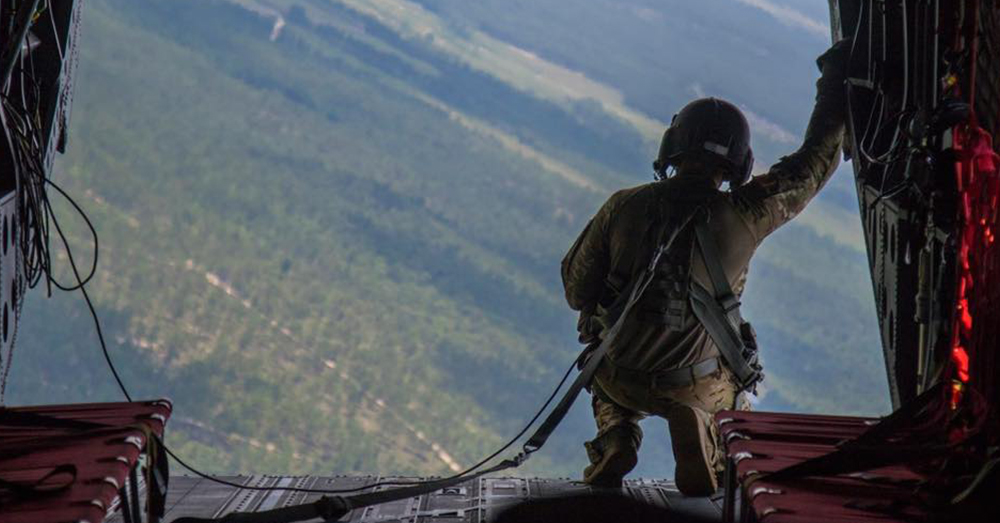 Watch the 82nd Airborne Division in action in the video on the next page!